Liquid history? Yes, liquid history. I found it an apt name for a tasting flight of five whiskies with an accumulative age of 176 years old. All of them are new releases from Douglas Laing’s Xtra Old Particular series, their most exclusive range of whiskies.

We’ll be covering the entire spectrum of Scottish whisky, starting with a single grain whisky, followed by a legendary Speysider, a closed Lowland distillery, a Highland distillery (and personal favourite), finally ending with a phenolic Islay expression. All that’s missing is a Campbeltown whisky, which could’ve been included, as Douglas Laing also released a Springbank 21 Years Old. But I don’t have a sample of that one, so we’ll make do with what we have. And that’s not too shabby at all!

All of the XOP’s are presented in the new, updated packaging. I don’t know if you care about such a thing (I really don’t), but that was the reason for Douglas Laing to bombard us with all this deliciousness. Sounds like a good enough reason to me. Let’s get on with it! 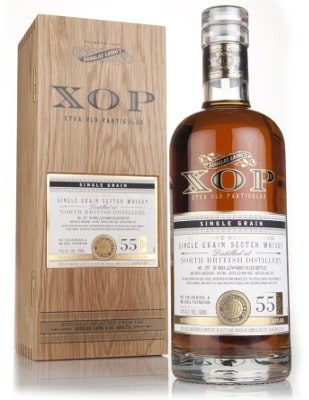 Nose: Gentle and subtle notes of oak, with coconut shavings and candied oranges, but also plenty of butter and a whiff of marzipan. In the background there’s a slight lemon-y note, accompanied by fresh ginger root.
Taste: Sweet! Honey, beeswax and brown sugar, with quite a big hit of molasses, all the while being supported by a thick and syrupy mouthfeel. A touch of menthol and licorice too, as well as oranges and apple peel.
Finish: This is where it really shows its age, as it turn quite oak-y and a touch dry. Plenty of spices now too, before returning to

Was contemplating a higher rating, until I arrived at the finish. If you have a sweet tooth you will most certainly enjoy this (a lot), as long as you don’t mind some oak. 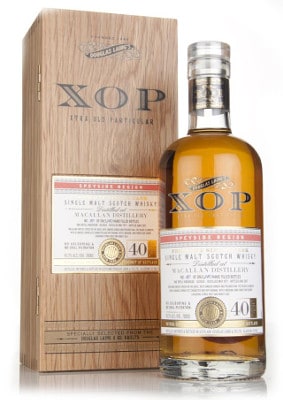 Nose: Quite fruity and spicy. A nice amount of fennel (a great spice if there ever was one) and a subtle touch of aniseed, with lemon peel, red apples, orange juice and dates. Finally some sweet porridge and cappuccino.
Taste: We’re in overdrive now. Leather and licorice, with cigar tobacco and menthol. But also icing sugar, milk chocolate, ginger and an array of fruit. Grapefruit, ripe apples, hints of peach…
Finish: Continues down the same delicious path. Long.

While the nose was nice enough, it is the palate where this Macallan truly impresses, showing a complexity that lifts it to a higher level. 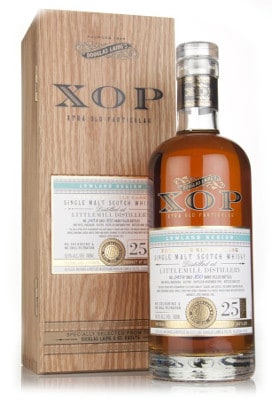 Nose: A touch of cough syrup (traces of a pure pot still style) and cardboard, before transforming into sweeter notes of cane sugar, honey and pastry. Finally a whiff of furniture polish, accompanied by grass.
Taste: The palate shows more of the trademark fruitiness, with grapefruit taking center stage, accompanied by oranges. All the while there’s a subtle spicy layer with plenty of fudge and caramel, as well as some resin and cough syrup.
Finish: Lingering oak and spices.

Quite different from most Littlemill I’ve tasted, but not in a bad way. It’s from a refill hogshead, and I suspect a sherry hogshead in this case. The cask influence and spirit character are nicely intertwined. 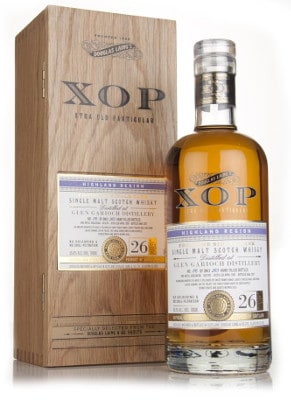 Nose: Touches of yoghurt and lemon, with trace amounts of smoke. So that would make it smoke infused lemon yoghurt 🙂 But wait, now an aroma of ripe banana and caramel is starting to become very dominant. We also have cigar tobacco, freshly cut green apples and wood polish.
Taste: Oh yes, this I like. Cinnamon and ginger go hand in hand with ripe banana, subtle orange, as well as some tobacco and menthol. This is very vibrant and lively. Top notch!
Finish: A hint of espresso, with a nice amount of caramel.

With a little time the nose only became more expressive, and the palate is right up my alley. Maybe I shouldn’t be surprised I like it as much, as Glen Garioch almost never disappoints. 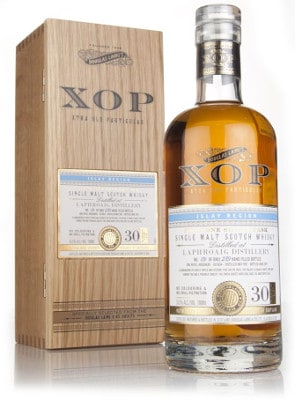 Nose: Peated? Why, of course! But it has become a fairly restrained peatiness after three decades of maturation. This Laphroaig also has nice minerality, with chalk stone, a hint of smoked bacon, and plenty of brine. Quietly floral, too.
Taste: Quite phenolic and aggresive, certainly not showing as much restrain here. Lots of tar and rubber, but also some ash. A hint of sweetness.
Finish: Lingering peat, a hint of banana. Long.

While still very good, this is my least favourite of this flight. Yes, it is an old Laphroaig, but is it really that much more impressive than their annual official cask strength releases?

My apologies for the somewhat homogeneous ratings, but they really are quite good. All of them. What I like most is that I enjoyed the cheapest whisky (Glen Garioch) just as much as I did the most expensive one (the Macallan, of course). Of course, cheap is relative, as the Glen Garioch will still set you back over 150 pounds. But compared to the Macallan, which’ll cost you tenfold (at least) it’s peanuts, right? 😉