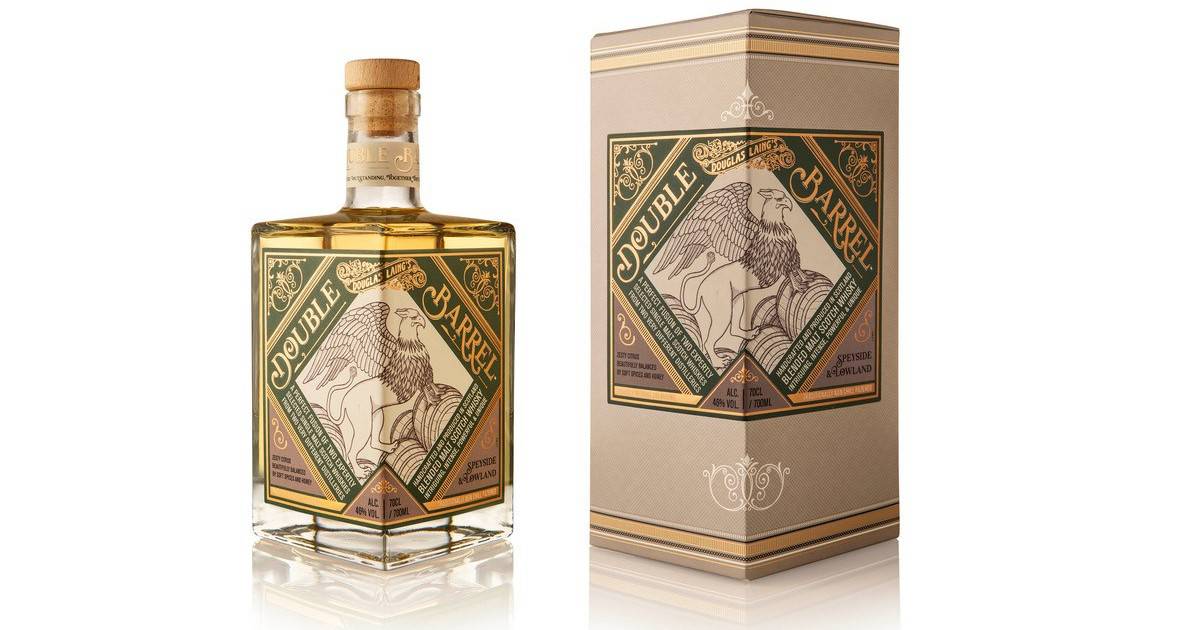 I’ve never really understood the appeal of Douglas Laing’s Double Barrel. Sure, as an experiment it makes sense. I’d be interested to try what a combination of Highland Park and Bowmore tastes like, or Macallan and Laphroaig, or Caol and Tamdhu. Seeing these distilleries on a label together was intriguing at first, but felt like too much of a wildcard to actually buy an entire bottle. And I believe other whisky drinkers felt the same, because I still see Double Barrel releases on the shelves of shops sometimes.

Douglas Laing has released a couple of dozen Double Barrel vattings since the late 2000s, but it seemed like none in the last five years or so. But they still have faith in their brand, because the company announced a revamp last month. Outside of the new packaging the biggest change is the lack of distillery names. While they played around with it during the previous run of Double Barrel, each of the two new releases is now centred around regions. For instance, there is an Islay & Highland expression as well a Speyside & Lowland one, the latter of which I’ll review today.

When asked about the new Speyside & Lowland Double Barrel, chairman Fred Laing didn’t (or wasn’t allowed to) disclose the distilleries, except that they indeed used just two distilleries again, just like they did before. One of the malts was 8 years old, the other 10 years. Instead of just throwing both in a marriage vat together, they instead disgorged about 85 or 90 percent of each single malt. “Then we decide how much more of the Speyside or Lowlands we had to add”, he explained during a virtual tasting. “It means we have small residuals, maybe 10 or 15 litres, which can be quite messy. Instead we put those into one of our Remarkable Regional Malts.”

The new direction of the Double Barrel range makes much more sense to me. It’s more sustainable but also easier to wrap your head around. Douglas Laing has had succes with their Remarkable Regional Malts and it wouldn’t surprise me if these new Double Barrel releases will be a hit as well.

Nose: Soft notes of melted butter, dandelions and a whisper of pickled lemons and some quince as well. Very light on the nose with a subtle cereal influence.
Taste: Warm spices like cloves, black pepper and a pinch of cinnamon. Some gentle notes of honey, as well as green grass, honey and a touch of lemon pith.
Finish: Soft vanilla pods and floral honey with a touch of green banana.