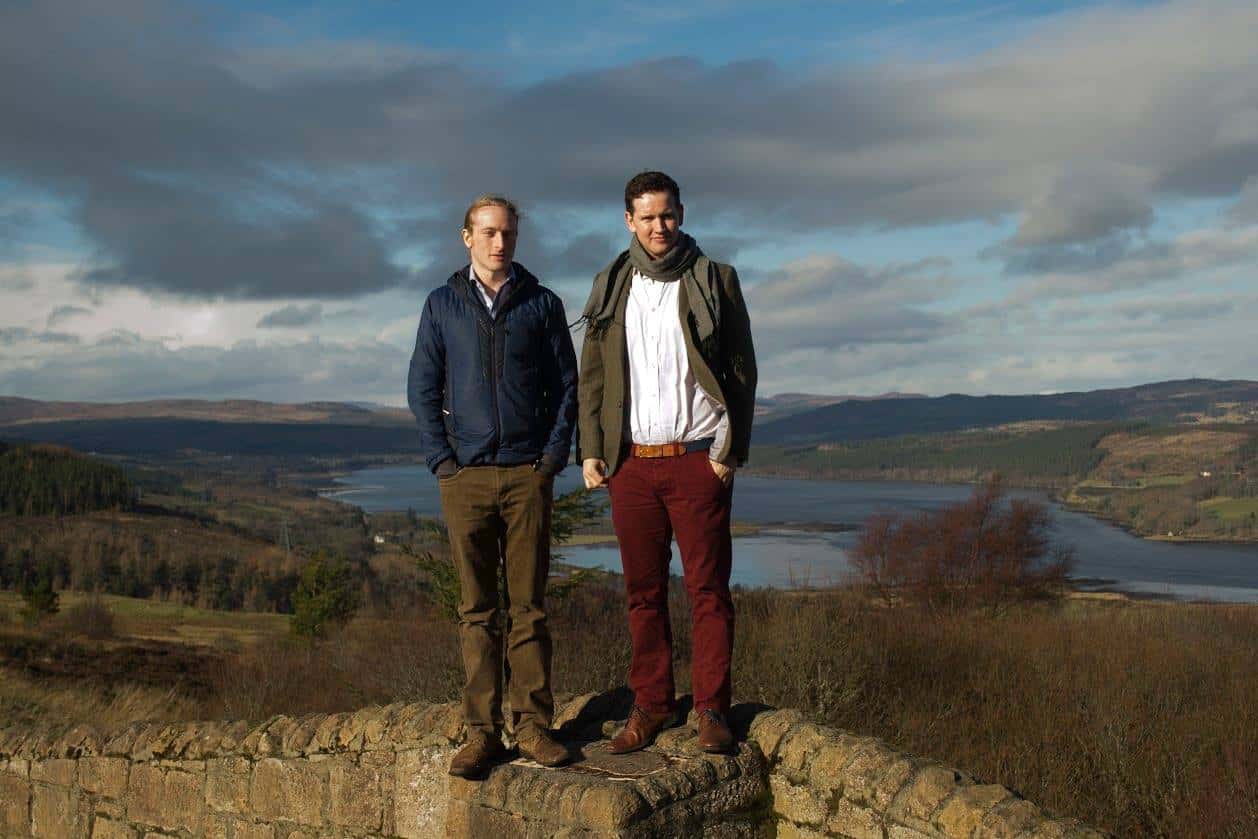 If you’re a whisky geek, than Dornoch Distillery might just be the most exciting project currently going on. Why? Because the independent micro-distillery will be run by brothers Phil and Simon Thompson, whisky geeks of the highest order. And they are planning on doing things the old-fashioned way.

Phil (29) and Simon (32) made a name for themselves with their whisky bar in Dornoch Castle Hotel, which has one of the most extensive collections of old bottlings in the world. Now they’ve set their sights on distilling, starting Dornoch Distillery, where the two brothers aim to produce an older, almost extinct style of whisky.

When their parents bought the hotel back in the year 2000, the brothers started working there at a very young age. It was also then that whisky made a lasting impression on the brothers.

The Start Of An Obsession
“I remember the gantry had maybe only 25 or 30 whiskies, including a Macallan 25 year old from 1975”, Phil says. “I had tasted whisky before, but nothing that intrigued me or stuck in my memory. I remember noticing that this was ‘different’ to the other whiskies on the bar. I could not tell you why at the time, I just knew I liked it.”

From that point on the whisky microbe had latched on, but it wasn’t until after they returned to Dornoch from their studies, that they started to focus on expanding the whisky bar, aiming to create a bar that the brothers, being the whisky geeks they are, would like to visit themselves.

Phil: “We bought a few bottles every month. We would taste them, decide what to keep and not keep. Eventually we started buying at auctions, opening older bottles and attending tastings of older bottles. From there it just became a complete obsession!”

Inconsistency Is Key
Phil and Simon have a special interest in older bottles, often bottled several decades ago. Does that mean they believe everything used to be better? Not necessarily, because according to Phil whisky production in the 50’s and 60’s had a huge amount of inconsistency.

On the other hand the industry was also at a beautiful cross roads. Phil: “It was a wonderful point in the industry where the combined accumulated knowledge of hands-on workers was combined with more science and understanding of the techniques involved. The inconsistency resulted in some terrible lows, but the highs were mind blowing.”

Nowadays that hands-on mentality is pretty unusual – as little as two people can run a computerized distillery and distil millions of litres of alcohol per annum. “Producing whisky on a pot still is an inherently inefficient process”, Phil says. “And it is the inefficiencies in production which result in the ultimate character of the spirit. Inconsistency should be embraced, because it leads to interesting characterful spirits!”

Doing Whatever They Want
Phil and Simon are known for being quite outspoken on whisky and its industry. So it’s great to see them putting their money where their mouths are. The distillery will be housed in an old fire station, which is attached to the grounds of Dornoch Castle. With starting their own distillery they will put their philosophy on whisky production to the test.

Phil: “We have talked about distilling for years. We have both had hands on experience and we just needed to do it. It is all fine and well for us to comment on whisky and the state of the industry, but it is time to see how well we can do it.”

Dornoch Distillery will be completely independent. “No bank funding, private investors or loss of equity for us.” A must, because the Thompson’s want to have final say in everything. “We can do whatever we want!” Phil says. “Produce however we want to. If we want to make a pure pot style for fun, we can. If we want to make single blends, like Lochside or Ben Nevis, we can!”

Not Just For Fun
The distillery motto is Honesty and Clarity. Phil: “We need to be clear and honest with our customers as we want a long term relationship. We are not doing just doing this for fun, this is our future. We are thinking in generations, not years.”

Phil and Simon have a frame of reference of what they consider the best whisky ever made. They have research on the methods and materials used to create these whiskies from which they have developed hypotheses which need to be put the test.

“People often focus on the stills, the water and the barrels”, Simon says. “But for me the most important element of whisky production is the selection of yeast and barley variety, malting conditions, mashing and fermentation regime. When we distil, we transform and extract the essence from the wash. Making a great wash is the place to focus our attention. Distillation is easy as long as you don’t rush, pay attention and trust your senses.”

Something Different And Beautiful
At Dornoch Distillery they aim to be extremely flexible in terms of production methods. Simon: “We are starting with direct gas fire for the stills but we have installed steam coils for future experimentation. We’ll use shell and tube condensers but the lyne arms are removable and the stills are positioned so that we could also run external worm tubs.”

That being said, how confident are the brothers that they can make a high-quality whisky? Phil: “I suppose it depends on what your definition of ‘high-quality’ is. Surely that is very subjective. We will make something ‘different’ to many modern distilleries and will do our utmost to make it beautiful.”

Humbling Experience
Ever since the new micro-distillery was officially announced in early 2016, there has been a lot of buzz surrounding the project. People seem to have faith in what Dornoch Distillery aims to do. A humbling experience is what Phil calls it. “Perhaps it is that people are aware of what we have achieved here at Dornoch Castle and believe we can have the same level of success with Dornoch Distillery.”

“Also, I think the whisky community wants to see something different“, Phil continues. “Many people have had the opportunity to taste great old whisky, perhaps they want to see if we can create something comparable to the beautiful old-style distillates of the 40’s, 50’s, 60’s and 70’s.”

But What About The Bar?
Production will most likely start some time in the summer. Dornoch Distillery will ask quite the time investment for Phil and Simon. What will happen to the beloved whisky bar? Phil: “These bottles [in the bar] are our babies. We have so many waiting to be opened, there is no way we can just break away. We love the whisky bar, we love talking to new people about whisky and meeting fellow geeks from all over the world. What will happen is Simon and I will spend the day working on Dornoch Distillery, then we will come into the whisky bar in the evening. At least this is the plan…”

Would you like to support Phil and Simon in their endeavour? You can find the different crowdfunding options on their website. 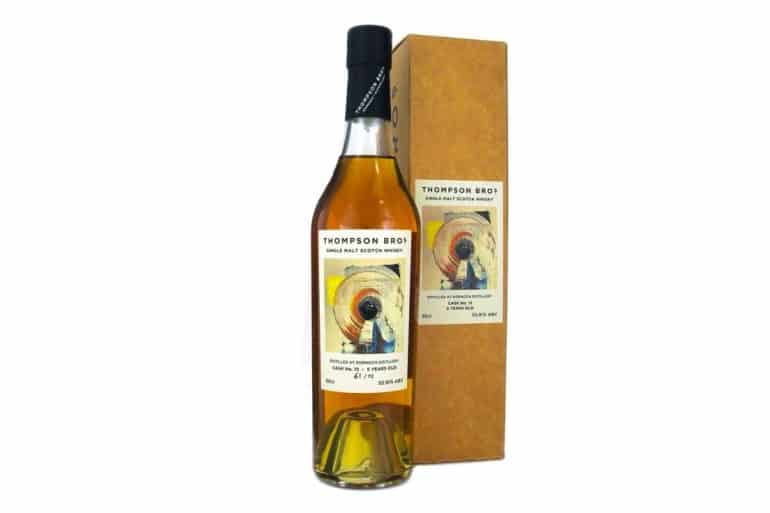