Distillery Visit: Clynelish Is Back On Track

The re-opening of neighbour Brora was the biggest whisky news of 2017. Far less people know that the current Clynelish distillery was actually closed for a large part of the same year, and re-opened halfway through 2017 after extensive renovation and modernization works. So what has changed? And more importantly: how are they ensuring the waxy distillery character remains intact?

Late last year I made a memorable trip to Scotland, more specifically Dornoch, home to (one of) the best whisky bars in the world. For three days, I spent most of my time in the Dornoch Castle Whisky Bar. The afternoons were filled with epic tastings, like this one, while the evenings were filled with more whisky and even better company.

It didn’t leave much time to explore the area, but the one distillery I wanted to pay a visit was Clynelish. I’d been there three or four times now, but I always enjoy coming back, even though the distillery itself isn’t all that remarkable. A product of the 1960s, it is not particularly quaint or picturesque. It however does produce some of the tastiest whisky in all of the land. And because of the presence of the old, decrepit Brora buildings, it is one of may favourite distilleries to spend time at. 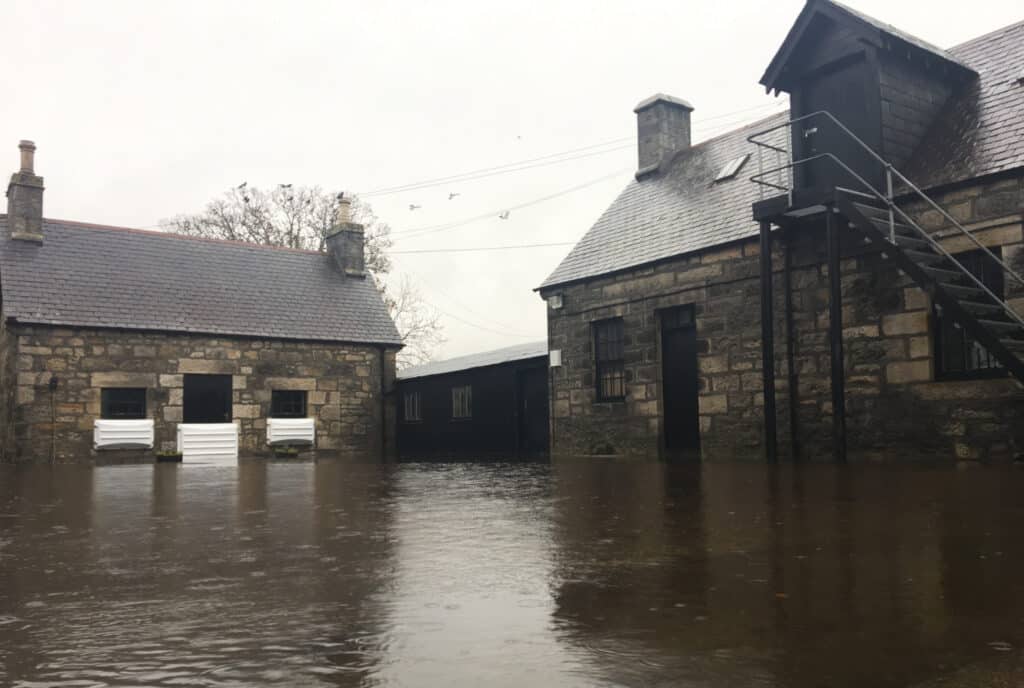 On a rainy Tuesday in November was when I last returned, to see for myself what had changed since the renovation works were completed. When I say rainy, I do really mean it. On the way from Dornoch to Clynelish, at one point I had to turn around the car because the streets were flooded. According to Yvonne, the guide that showed me and a few of my friends around Clynelish and Brora, they hadn’t had a down pour like this in 11 years.

One big downside to the terrible weather, was that the old Brora warehouses were off-limits. Simply because they couldn’t be reached. I had been inside them a few times before, but for some of the others it was more of a disappointment. But hey, what are you going to do? Luckily the Brora still house and filling station were still accessible. Had we scheduled our visit on the day before, those would’ve been flooded too. 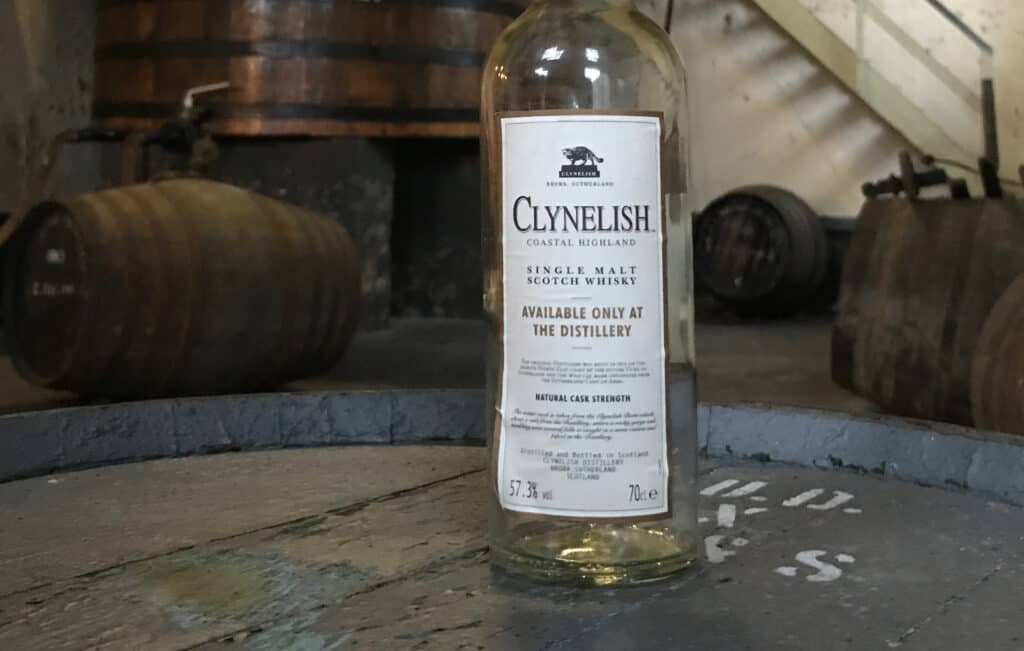 But before I talk about Brora some more, let’s start with a tour of the new (and improved?) Clynelish. The whisky from this distillery is known for its signature waxiness. How do they accomplish this? Douglas Murray, Diageo’s Process Development Manager, explains it as follows in Whisky Opus.

A lot of equipment inside Clynelish distillery was to be replaced during the renovation. Many of the fans of the distillery were sceptical of this. What kind of an effect would this have on the character of the new make? Won’t it completely remove the build-up of this all-important sediment in the tanks and pipes of Clynelish? 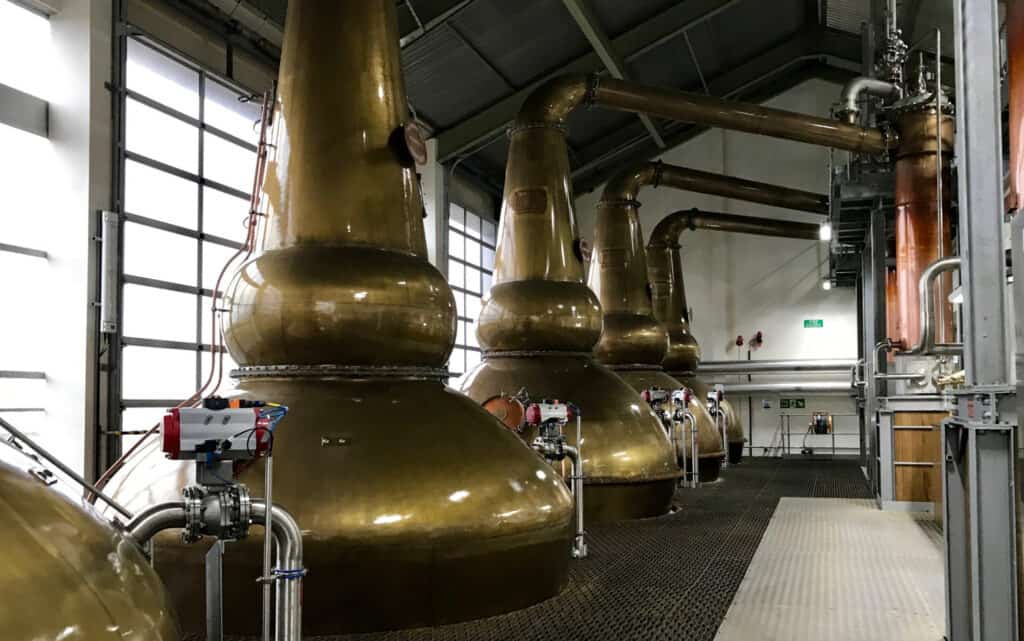 The distillery was closed for a long time (I believe around ten months), during which production completely halted. It re-opened in May 2017, and at first sight not much has changed. Appearances can be deceiving though, as Clynelish underwent a comprehensive transformation. The keyword is modernization.

Some of the changes are very obvious. The three spirit stills where replaced by three shiny, exact copies. About half of the washbacks were replaced too, while the other half will be replaced in the nearby future. The most important change however: Clynelish is now completely run by computers. “We enter paramaters in the computer, and it basically does the work for us”, said James Casey, site operations manager of Clynelish. “We’re still toying with the right input, but eventually we’ll settle on a uniform approach.”

In the past distillery employees would tap pipes to see if they were empty or not, and feel by hand whether or not a pot still was heated properly, the computer now does all that. Casey: “Because you work with people, each and every one of them has a slightly different way of doing things. One of them might have a slightly longer middle cut. Now that doesn’t happen anymore. We are able to work more consistently.” 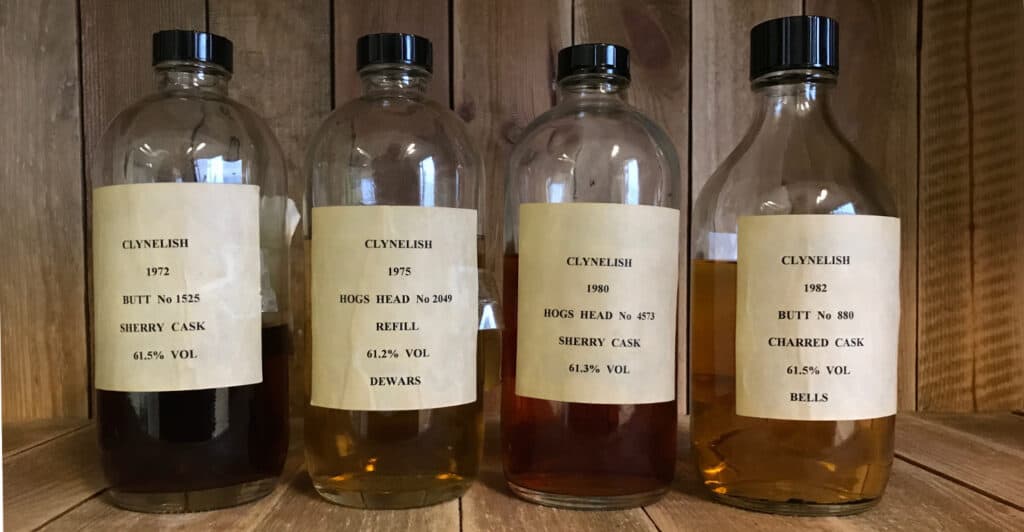 While consistency is a dirty word for some of us single malt nerds, it is extremely important for a distillery which sees 95 percent of its production end up in blends like Johnnie Walker Gold. Master blenders carefully crafting a whisky, don’t need the added difficulty of Clynelish distillery producing a widely inconsistent product.

Therefore, keeping Clynelish waxy wasn’t just an important matter for fans, it was also a concern for Casey and his colleagues. And rightfully so. Immediately after the re-opening, the waxy character had completely disappeared. It took about five to six months before the waxiness started to reappear in the new make spirit. At the time of my visit in November, Casey was still working on achieving a higher degree of waxiness.

“We don’t clean everything spotless after every fermentation”, Casey explained. “For example, we clean our washbacks every three weeks with steam for 5 to 8 minutes. At other distilleries they might do it every week, and they might steam for a longer time as well. We also use just warm water to clean our pipes. We’re always looking for a middle-ground. It is important that our wash doesn’t catch an infection, but we do need some desired bacteria to get our desirable flavour profile.”

Whether or not they really managed to retain Clynelish’ unique distillery character, remains to be seen. We might not know until 2031, when the first Clynelish 14 Years Old from the modernized distillery hits the market. That’s about the same amount of time we’ll have to wait before we can taste new Brora whisky as well, as Diageo doesn’t plan to release any Brora before it hits 12 years of maturation.

In the year 2017, Brora has a desolate, gloomy feel about it. While I couldn’t reach part of the buildings because of the heavy rain, none of them are up to code anyway. A quick look at the pot stills is always a treat (even though they’re covered in bird poop), especially when you realize what incredible quality whisky was once produced in them. They are still standing tall, even after 35 years of unemployment.

The one thing that’s clear when you visit Brora, is that Diageo has heaps of work to do before it can start producing whisky again. “We’ve had several people from our headquarters here”, said Yvonne, our guide. She’s very much looking forward to welcoming Brora back in the land of the living. “They’re measuring a lot and inspecting stuff, but they don’t tell us anything.” 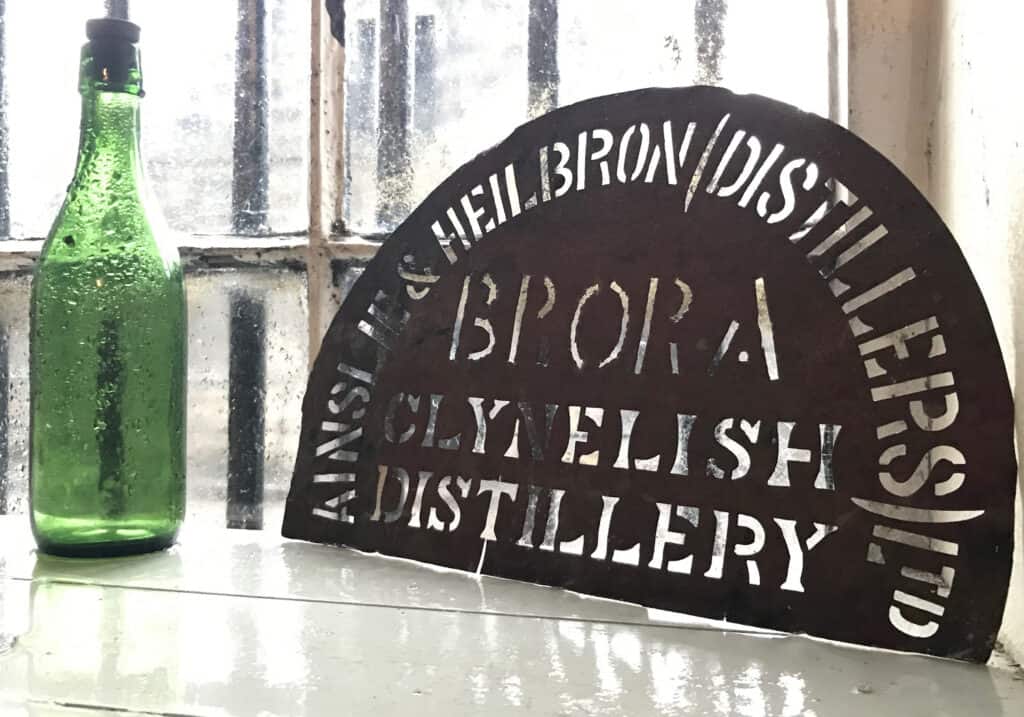 What we do know at this point, is that Brora will produce roughly 800.000 liter of alcohol per year. The plan is to produce the same medium peated style of whisky again. And that’s about all the information that’s out there. There are rumours of course, about doing their own malting, but that seems highly unlikely to me.

Not only Yvonne and curious fans are kept in the dark, James Casey doesn’t know much himself about the exact plans for Brora. “I’m not involved at all. By the time the distillery re-opens, I’ll be retired. I hope that when I come back, I at the very least don’t have to pay for a tour, haha.”