Hopefully I’m not telling you anything new when I say that good whisky doesn’t necessarily have to be Scottish. And if you didn’t know already, now you do. The reason for this particular blog post about world whisky? Denmark is entering the mix.

Braunstein is a Danish microdistillery and -brewery in a small town called Køge, not far from Copenhagen. Brothers Claus (distillery manager) and Michael Dines Braunstein (sales manager) are running the company. At first they started out as just a brewery, but not long after we entered the new millennium, they bought the equipment of a distillery from Baltimore (USA).

What sets Braunstein apart is that their production is mostly organic and mostly local. They even go as far as using ice water from Greenland. They only problem is that they can’t get certified, because they can’t get enough organic oak barrels. They produce around 60-75.000 liters of alcohol every year. Not all of it is used for whisky, mind you. At Braunstein they do it all: gin, rum, vodka and liqueurs. The whisky they produce is both peated and unpeated. The peated malt comes from Port Ellen Maltings.

Importer Helvetia Spirits has brought Braunstein Whisky to The Netherlands, and since that is where I live, I was sent some samples by the distillery. Let’s see what is up.

Nose: Yeasty with wood shavings and some light pepper. Then caramel, vanilla and honey appear, with some raisins to boost. There are some grassy elements (straw, mainly) and when it sits a little longer in the glass it becomes very floral.
Taste: A fat and oily mouthfeel, even at only 42 percent. Caramel, burned oranges and some black pepper. Slightly bitter. And a sourness as well? A bit of a strange off-note anyway.
Finish: Warming with oranges, mandarin and caramel. It ends with a peculiar grassy note. Not that I’ve never tasted this in a whisky before, but never quite as dominant.

Nose: Iodine, but not overwhelming. After distillation it is still supposedly peated at around 30 ppm, but it smells more mellow. Coastal, almost salty. Some licorice and cereals, and also damp wood and wet leaves. Pretty earthy.
Taste: Peat, rubber and dark cocoa, less oily than the unpeated version. Dry oak and salt, but also cloves and pepper.
Finish: Pepper with peat and sal ammoniac. Medium in length.

Conclusion
I prefer the peated version of Braunstein. Maybe not the most complex whisky, but everything is in its place and as it should be.  The non-peated Braunstein is probably a bit richer, but does have an off-note, albeit not too dominant. I did enjoy the grassy finish. Very interesting.

Both the peated and unpeated Danica are good, but not great. I enjoyed them, but wasn’t super impressed. I’ve no idea what the exact age is of the whiskies I’ve tried, but they’re probably fairly young. I wonder if Braunstein ever plans to release maybe a 10yo whisky? It would be interesting to see how this spirit develops once it gets older. As far as value for money, there are better whiskies out there. At 80 euro (in The Netherlands at least) they are quite expensive. 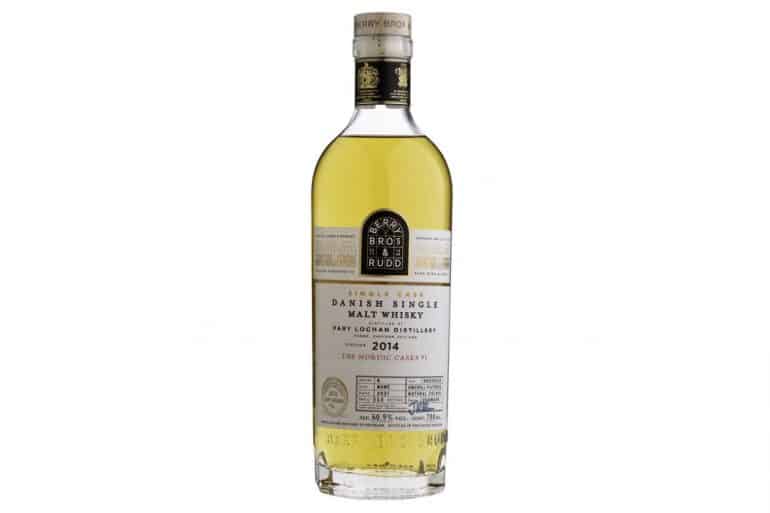