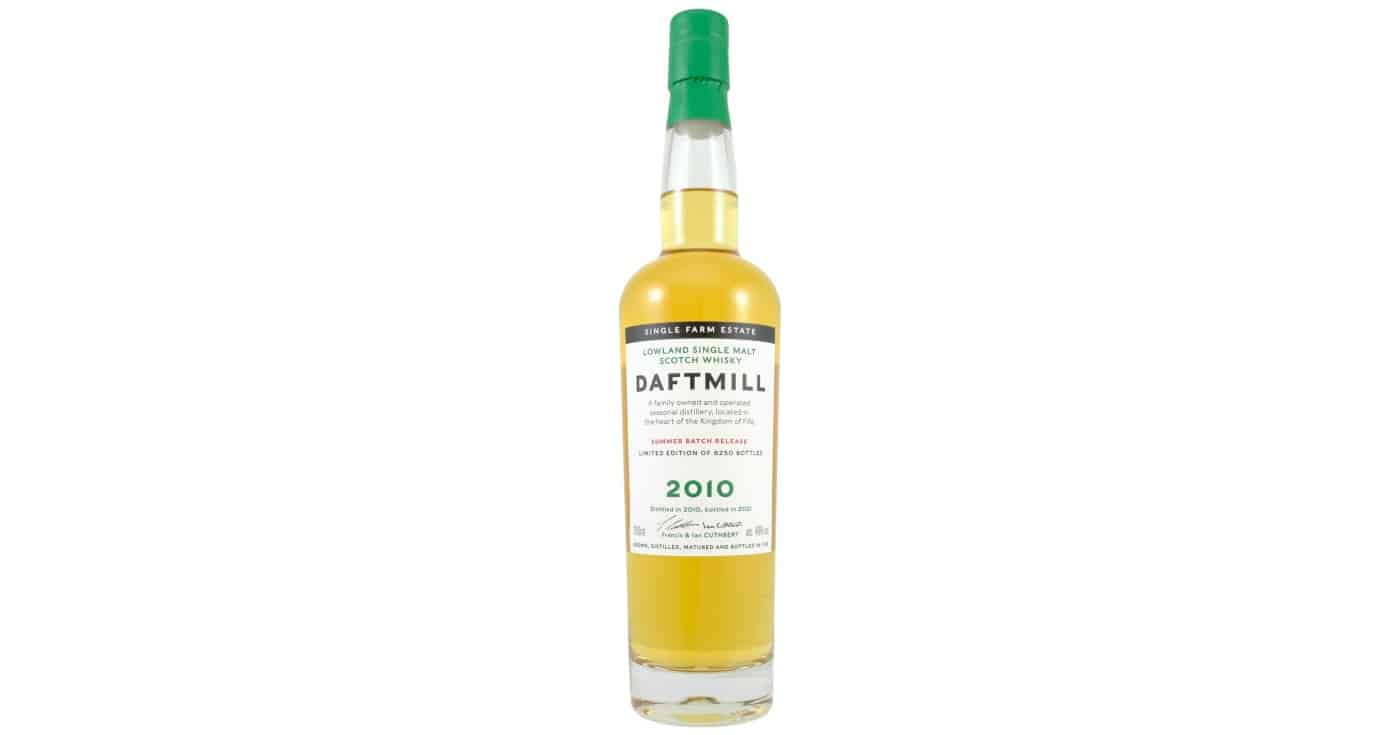 For a distillery with such a good reputation, the list of entries on its Whiskybase page is conspicuously short. There are what, like 50 releases on there? One of the newer ones is the Daftmill 2010 Summer Batch Release, which was bottled late last year.

Many of Scotland’s distilleries are from the 19th century, and some even from the late 1700s. So, while clearly one of the younger distilleries in Scotland, Daftmill has actually quickly become an established name, likely because there are other new distilleries popping up almost every few months. Or that’s what it seems like at least.

By now there might be dozens of distilleries in Scotland that have been founded after Daftmill (I haven’t checked the exact number), which is insane. Only Ireland has seen a more explosive growth of whisky distilleries over the past ten years.

While Daftmill’s first whisky was only released four years ago, the distillery has been part of the Scottish whisky scene since the mid 2000s. But founder Francis Cuthbert pretty much kept to himself, quietly firing up his stills during the periodes when the fields didn’t need much tending to.

News came out only sparingly. Or maybe not news, but more like slivers of information, which was treated like news by the many of us that are whisky mad. The most access anyone ever had was probably Ralfy, who published a three part vlog of his distillery visit in 2010.

While not all Daftmill I’ve tried has been satisfactory, I find myself becoming charmed more and more by their single malt each time I taste it. When good, it truly is reminiscent of that classic Lowlands profile, best represented by Rosebank.

Distilled in the summer of 2010, it was the last time they used Optic barley for distilling, grown in the South fields of Daftmill Farm. The Daftmill 2010 Summer Batch Release is a marriage of twenty-five first-fill bourbon barrels previously used by Clermont Springs distillery in Kentucky. In a neat bit of transparency, these barrels were stored on the ground floor of the distillery’s dunnage warehouse. Only 6,250 bottles are available of the Daftmill 2010 Summer Batch Release.

Nose: Light and inviting with bright notes of lemon zest, some wet pebbles and ripe bananas, but also a touch of vanilla pods. Whispers of quince and mirabelles as well. Finally just a whiff of hops and some floral notes too. Delicate but fragrant.
Taste: Proper creamy mouthfeel followed by a lively and peppery arrival. It’s quite grassy (freshly cut), there some cotton candy and marshmallows as well, but then also a sprinkle of lemon zest and pickled ginger.
Finish: Touches of lemon pith, crème caramel and gentle spices. Medium in length.

Conclusion
Totally delicious and pretty singular, Daftmill already has a style of its own. After now having tried several cask strength and diluted Daftmill, I think I would prefer the releases bottled at 46 percent. At higher strength they tend to become a bit too austere, but once mellowed down to a more palatable strength, I find them to be much more agreeable. The spices settle down and the bright fruity and floral elements get more playing room. That's especially apparent in this Daftmill 2010 Summer Batch Release.
8.8