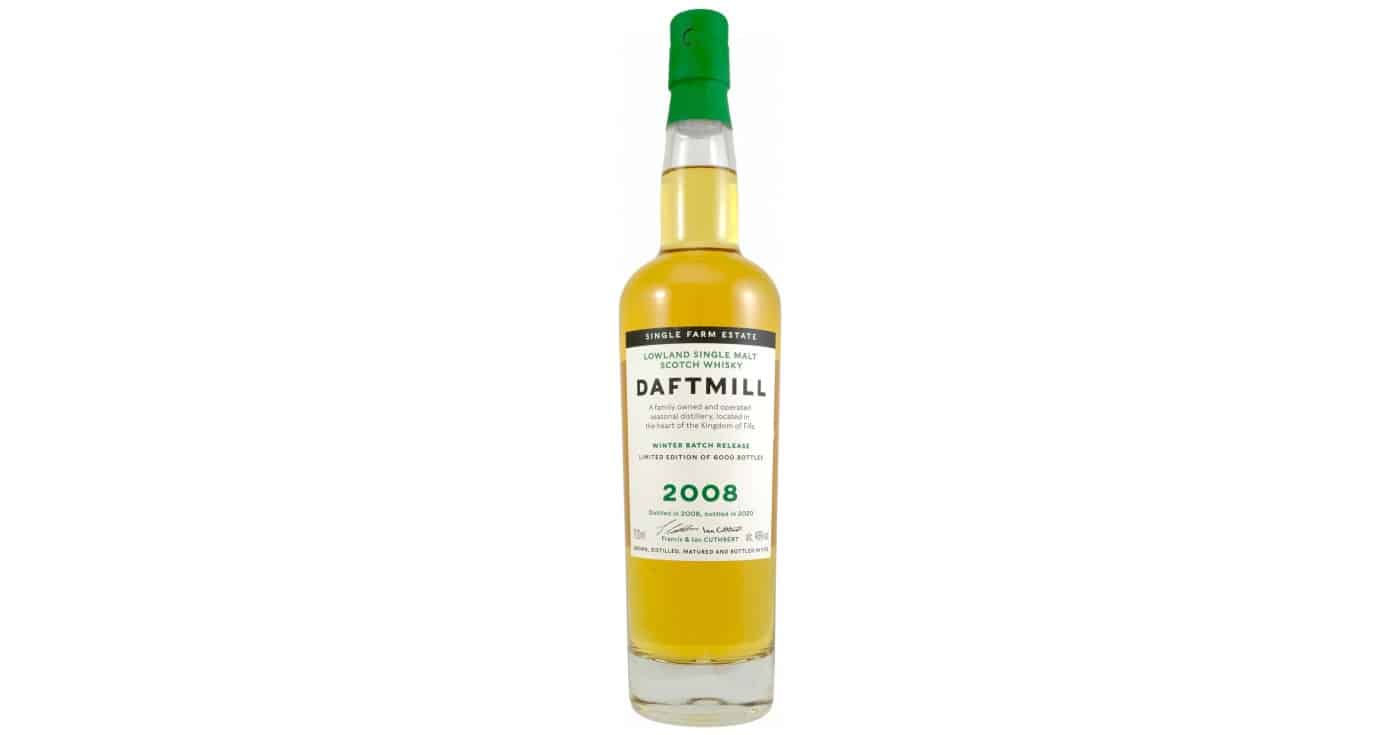 Good things come to those who wait. Of course, as an upstart whisky distillery you would have to be in the right financial position to do just that. And apparently that was the case for Daftmill, as they waited an improbable 12 years to release their first whisky.

I once visited Daftmill and asked founder Francis Cuthbert why he waited so long. The answer was not very surprising. “Everybody asks me that”, he replied. “But it is very simple: I didn’t think our whisky was ready. There was also no pressure on us to release anything. We don’t have much costs and no staff, so we could afford to take our time.”

Visiting the distillery is truly like stepping back in time. The equipment is modern but the approach is centuries old. Daftmill might well be the only true farm distillery in Scotland (until Lochlea releases their first whisky later this year). By that I mean I don’t believe there’s another distillery that’s actually a farm first and a distillery second. This used to be common in the 18th century, but is very much an exception now. One of the few others I can think of is Kalkwijck, but that’s a Dutch distillery.

The owners of Kilchoman might disagree with me, as they proudly state that they are Islay’s farm distillery. Kilchoman was founded around the same time of Daftmill, but I wouldn’t fully consider them a farm distillery. I love that they grow barley on fields surrounding the distillery, and even malt it themselves, but they grow far from enough to sustain their entire whisky production.

Compare that to Daftmill, who only use the surplus of all the barley they grow for their own distillery. The rest of it finds their way to other distillers or uses. And because the Cuthbert brothers have a farm to run, they only distil for a limited amount of time a year. Distilling whisky is basically their side hustle. See what I mean?

Another distillery from the same era is Glengyle (where Kilkerran is made). Both Kilchoman and Glengyle released their whisky much earlier than Daftmill. Glengyle introduced us to their much lauded Work in Progress series pretty much as soon as they could. The first editions were barely old enough to officially be called whisky.

As far as Kilchoman goes: whisky geeks gladly paid a premium for the distillery’s infant whisky. After all, it had been a very long time since a new distillery opened its doors on Islay, so whisky enthusiasts lined up for a taste. It didn’t matter that the whisky was only 3, 4 or 5 years old at the time.

So by the time the first-ever Daftmill saw the light of day in 2018, Kilchoman and Glengyle were very much established. Yet, that didn’t stop Daftmill from quickly making a mark too. After that initial release there have been a few dozen more from the distillery, either small batch or single cask.

It’s still difficult to acquire one for retail price (not so much on the secondary market of course). But if you subscribe to a mailing list or two of your favourite whisky suppliers, you should manage to secure yourself a bottle. That is if you’re willing to pay the original retail price, which is steep to begin with.

While not all Daftmill I’ve tried has been satisfactory, I find myself becoming charmed more and more by their single malt each time I taste it. When good, it truly is reminiscent of that classic Lowlands profile, best represented by Rosebank. The Daftmill 2008 Winter Batch Release matured in first-fill bourbon barrels. With 6,000 bottles in total, this batch is larger than previous ones.

Nose: Light and fragrant with touches of honey, lemon curd, some pineapple and a few floral notes as well. Followed by sweet pastries and freshly cut grass. Delicate and elegant.
Taste: A lovely creamy mouthfeel with notes of vanilla, but also chalky with touches of green bananas and processed sugar. A hint of white pepper and pickled ginger too.
Finish: Lingering spices, lemon pith and meringues. Medium to long.

Conclusion
The Daftmill 2008 Winter Batch Release is a winner. Bourbon maturation really suits the spirit, although I'd be curious to try a few sherry matured expressions, as I've only had one (disappointing) release so far.
8.7