While Cragganmore is one of the original Classic Malts, representing the important Speyside region, it is still a relatively unknown distillery. Other than releasing the occasional Special Release, Diageo doesn’t do much to promote it as a single malt. Also, you only rarely see it bottled by an independent bottler.

That’s a shame, because Cragganmore has something unique to it. Part of it is the lightly peated malt they use, which combined with long fermentation times, oddly shaped stills, and worm tubs, makes for a whisky with its own DNA. A prime example is the Cragganmore 1988 17 Years Old, released as a Special Edition over ten years ago.

Nose: A hint of smoke and moss with some non-intrusive and very soft sulphur. There’s some fresh vanilla, as well as notes of lemon yoghurt, and whispers of star anise. Finally a hint of dry apple cider and orange zest. Oh, and some oak too.
Taste: Quite spicy, with a big hit of chili pepper and black pepper to start things off, as well as some ginger. It has the same fruity backbone as the nose though, with citrus notes taking center stage, supported by vanilla and a touch of smoke.
Finish: A whisper of smoke, sweetness and spices.

I love how unique this is. It has it’s own flavour profile, impossible to replicate by another distillery. Unique doesn’t always equate to quality, but in this case it does. There are many whiskies out there that have a sort of genericism to to them. Cragganmore certainly doesn’t belong to that group. 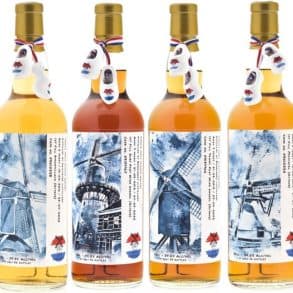