Outside the handful of releases from brand owner Diageo and the two big boys of independent bottlings (Gordon & MacPhail and Cadenhead’s), no one else has released a Convalmore in the last 10 years. It’s safe to say that whisky from this closed distillery is very rare.

One of the most eye-catching Convalmore releases from the past decade is a 36-year-old edition that was part of Diageo’s Special Releases in 2013. It matured in European refill casks and now made its way to my mouth.

Nose: Waxy notes, but also resin, furniture polish and pine needles. A tad shy though. Some subtle fruity notes like peach, lime and candied oranges. A whiff of floral honey pops up after a little while, as does menthol. Finally a touch of damp moss, as well as a bit of cocoa powder. Complex and integrated, maybe a tad too elegant.
Taste: Creamy and mouth-coating. Notes of bitter citrus fruits as well as some honey and golden syrup, before going down a spicier rabbit hole, as well as a touch of forest floor, tobacco, oak shavings and menthol.
Finish: Lingering spices and some orchard fruits. Medium in length.

It’s really good and the palate has a little more power than the nose suggests. But it doesn’t have that wow factor to reach an even higher score. 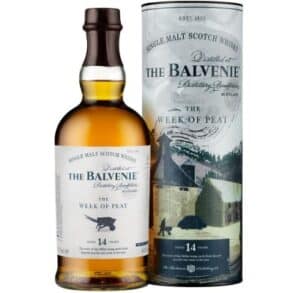