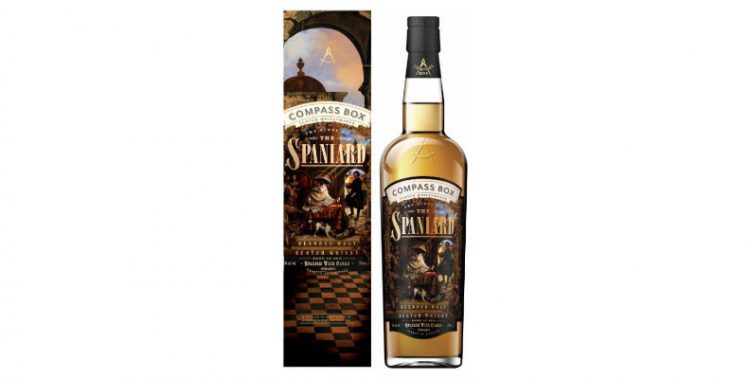 Compass Box The Story of The Spaniard (2018)

We’re used to seeing new releases from Compass Box pop up regularly, but most of their releases are limited editions. However, The Story of the Spaniard will be part of the Compass Box core malt whisky collection. As with all Compass Box releases, you can just shoot the company an email if you want more information about the exact recipe. For The Spaniard, it comes down to this:

In total, 48 percent of this whisky matured in sherry casks. Oh, and to be complete, the Highland blended malt consists of Clynelish (60%), Dailuaine (20%) and Teaninich (20%). Is that enough information for you?

Nose: Starting off on some light sour apples, as well as pear skin and lemon zest. It has a subtle spiciness, as well as angelica root and straw. Medium complexity, but supreme balance.
Taste: Proper oily mouthfeel, full-bodied, even at 43 percent abv. A more pronounced classic sherry influence here, with dried fruits, cherries, caramel, and a pronounced hit of sweet honey. Some subtle notes of cloves. Good!
Finish: Lingering spices (pepper), cherries, and apple. Medium in length.