Cardhu is far from a household name, although it is rather popular in some regions. It was nevertheless selected again to feature in the Special Releases 2020. This Cardhu 11 Years was distilled in 2008 and has matured in refill casks as well as new and ex-bourbon American oak hogsheads.

Not that long ago Cardhu was mainly marketed as the home of Johnnie Walker. Even back in the 19th century the distillery was already one of the key suppliers for Scotland’s most famous blended whisky. In fact, John Walker & Sons actually bought the distillery in 1893 to strategically secure its stock.

Her daughter-in-law Elizabeth took charge of operations in 1872, completely rebuilding the distillery. Even after it was sold to Walker & Sons, the Cummings family remained heavily involved, essentially running the distillery while also securing a seat on the Walker board.

Nose: Vibrant and with plenty fresh fruits, mainly of the citrus family, as well as a touch of floral sweetness. There’s a good amount of crème brûlée and vanilla, but some quince and pear skin too. Finally just a whiff of peanuts.
Taste: A buttery mouthfeel, but the new oak certainly has left its mark on the palate. Roasted peanuts and almonds, but it’s also rather peppery, while there are touches of oat cookies. Water brings out notes of honey, melon and some bitter touches.
Finish: It’s not until the finish that some soft orchard fruits pop up, as well as a slight grassiness.

The nose provided such a good start—truly excellent—but the virgin casks had too much of an impact on the palate to my liking. Water remedies it somewhat, but just on the nose alone the Cardhu 11yo deserves a good score.

Do you want to read more of my reviews of this year’s Diageo Special Releases? I’ve compiled a neat little list below. Enjoy! 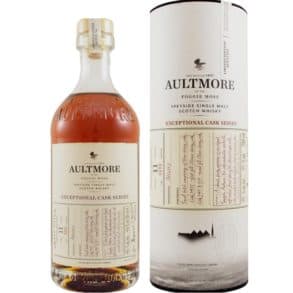