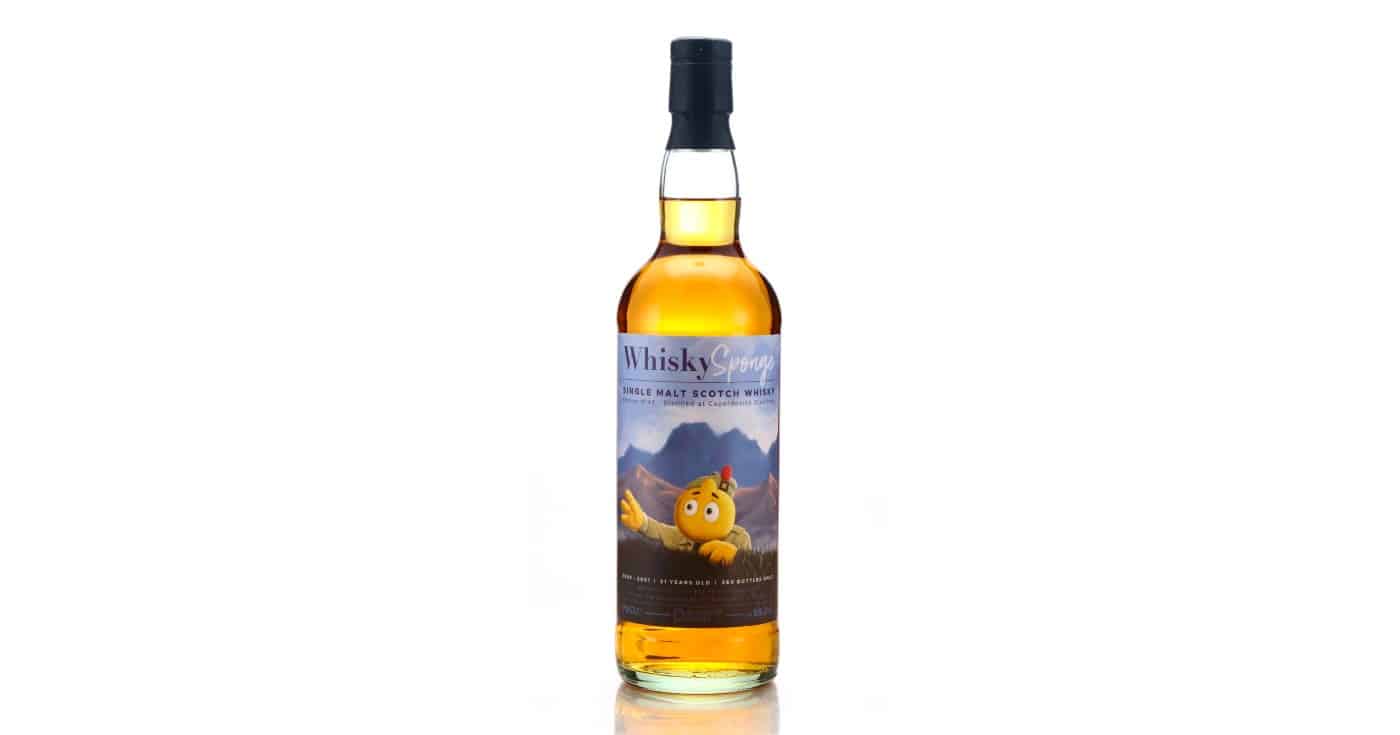 It’s been ages since I’ve tasted Caperdonich. There’s just not much of it being released. Sure, owners Pernod Ricard launched a range of Caperdonich a few years ago as part of their Secret Speyside series, but those were mostly overpriced. Now, thanks to the Whiskysponge (aka Angus MacRaild), I get to dig my teeth into a young(-ish) new release (by Caperdonich standards). Distilled in 2000, this Caperdonich matured for 21 years in a single refill hogshead. It was slightly reduced before bottling to 55 percent.

Caperdonich is one of those closed distilleries that used to be very affordable for a long time. I’m talking about the vintages from the 1990s of course, not Caperdonich 1972. Just like Imperial and (to a lesser extent) Littlemill, the whisky from this distillery just doesn’t quite generate the interest level you might expect. Often the mere mention of a closed distillery gets whisky drinkers to spend an unreasonable amount of money. But even when you could still buy one of these whiskies for less (sometimes below 70/80 euro), it took a while for them to sell. And that was only six or seven years ago.

But those days have changed. Just recently Watt Whisky deviated from their original strategy of releasing (relatively) affordable whisky, instead opting to bottle an Imperial 1996. If you’ve been following the whisky market it shouldn’t surprise you in the least that it pretty much instantly sold out. Seeing as most Whiskysponge releases sell in an instant, that makes it all the more surprising the Caperdonich 2000 21 years is still available on their website.

For me the new Caperdonich 2000 21 Years from Whiskysponge is an opportunity to reacquaint myself with this distillery. From what I remember it usually is a fruity, waxy spirit even, which means I should be in for a treat. I’ve also learned to put my trust into pretty much anything Whiskysponge releases. Considering their high-level of expertise, I wouldn’t be surprised is this will turn out to be another very pleasant pick.

Nose: A quick hit of mint with some furniture polish as well as a touch of Triple Sec and oak shavings. There’s a whisper of melted butter with some beeswax too, with finally some vanilla pudding, pomelo and nectarines. Rich and inviting.
Taste: Arrives on white pepper and chalk, but is also oily and mouthcoating with honey and beeswax. There’s coconut shavings, poached pears, honeydew and orange syrup as well, with finally some mint. Very rich.
Finish: Lingering spices, waxy and juicy fruits. Long.

The Whiskysponge's Caperdonich 2000 21 Years is proper whisky, but I can imagine it also being a very fun one to play around with. It takes water well and I could see how this could evolve quite a bit as you work your way through a bottle.

Still available at Decadent Drinks. Or at least it was when I scheduled this post.

Next
Wolfburn 2013 7 Years (PX Cask for The Netherlands)