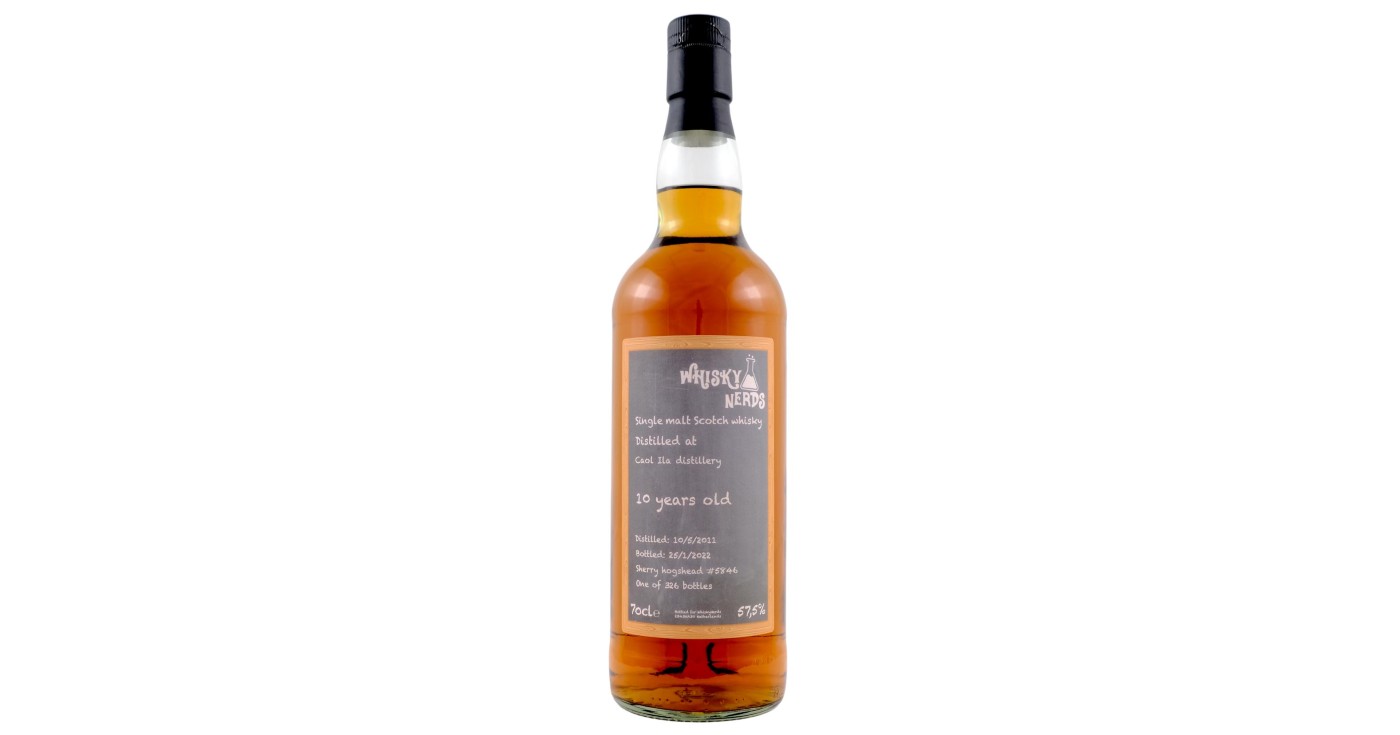 While the WhiskyNerds’ releases are very infrequent, it’s rare to find a whole year in between them. Then again, founders Bram and Floris usually don’t settle for just any whisky. I don’t keep all my ratings in a spreadsheet, but I’m confident they would have one of the highest average ratings as an independent bottler.

The Whiskynerds’ latest bottling, a Caol Ila 2011 10 Years, is much younger than most of their previous releases. Their Inchmurrin triumvirate would come closest – most others have aged for 20+ years. Therefore, I think it is fair to say that this Caol Ila deviates from their usual picks. It’s lucky then that Caol Ila shines at pretty much any age. There’s many outstanding oldies, but excellent babies as well.

Hopefully the Caol Ila 2011 10 Years from the WhiskyNerds falls in the latter category. It’s from a sherry hogshead they bought four years ago, and according to the Nerds this was bottled right at its peak. I’ll gladly take their word for it. After all, they’ve been spot on with most of their picks so far.

Nose: Opening up on tobacco leaves, but also smoked paprika powder, bacon, a whiff of rubber and strawberry syrup. There’s some coastal spray, seaweed and a decent salinity overall. Oh, and of course touches of subtle peat smoke. Something about it doesn’t seem entirely integrated though.
Taste: The tobacco leaves take centre stage again, accompanied by an earthy peat smoke, bacon and charcoal. Then there’s plenty of cracked black pepper and ginger, but also some dry tannins and whisper of fennel.
Finish: The anise-y, fennel-type flavours linger and soot-y peat influences. Finally some grassy and earthy touches. Long.

Conclusion
A bit of a blunt instrument, this Caol Ila 2011 10 Years from the WhiskyNerds isn't the most refined or polished single malt you'll ever come across. The cask does a lot of heavy lifting here, but it does it well.
8.7