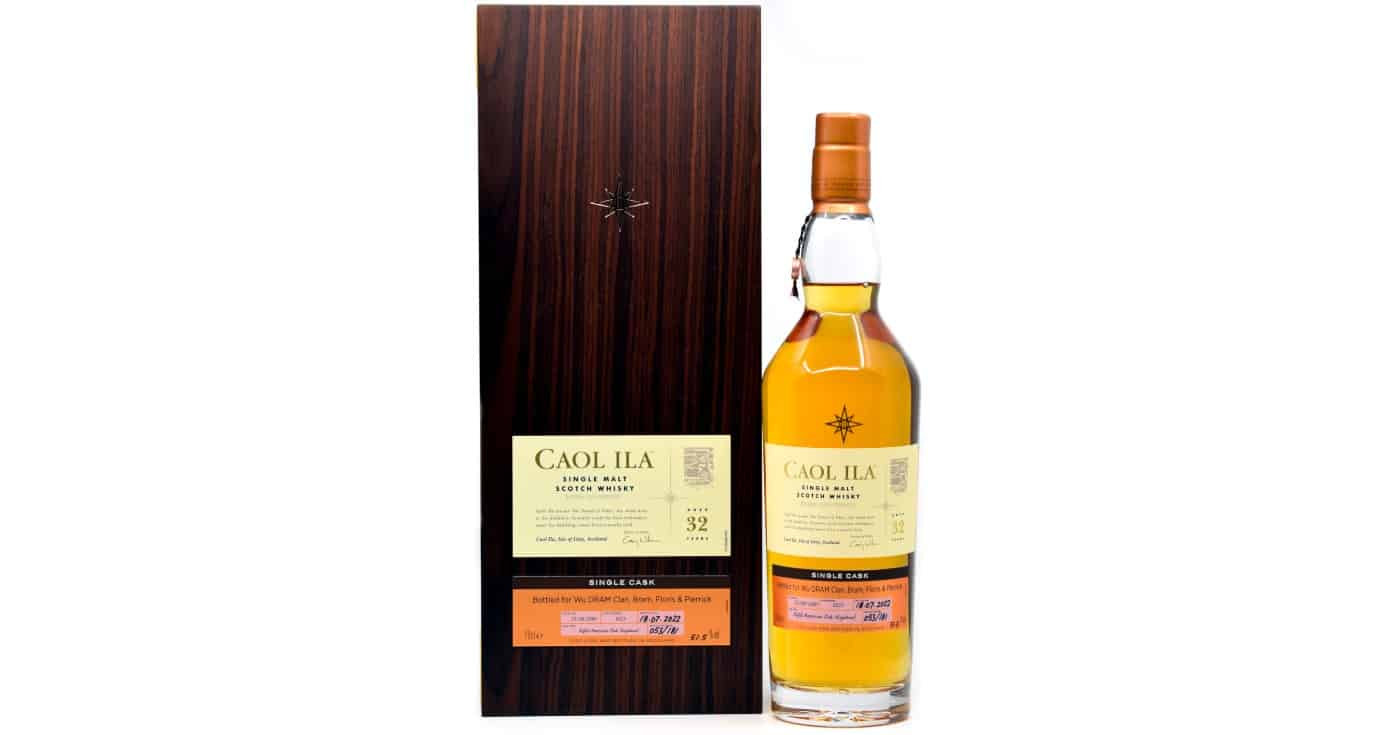 Well, what do we have here? It’s a collaboration between a few respected whisky figures. Boris, Takesado and Sebastian from Wu Dram Clan. Along with Bram and Floris of the WhiskyNerds. And Pierrick Guillaume, former distillery manager of Caol Ila. Together they picked a so-called Cask of Distinction.

The Cask of Distinction programme offers Diageo’s private clients to buy individual casks from their vast stocks of whisky in Scotland. It’s something for very wealthy folk, basically. And just a few casks also end up being bottled by whisky fanatics such as the people mentioned in the first paragraph. In this case a Caol Ila 1990 32 Years ‘Cask of Distinction’. From a refill American oak hogshead.

Nose: The nose combines maritime influences with mineral touches and a subtle farminess. There’s a faint coastal spray and hints of dried seaweed, accompanied by wet pebbles, soft notes of diesel oil, some pine needles and gentle whiffs of hot asphalt, but also birch smoke, beeswax, sunflower seeds and tinned peaches. The balance is just… <chef’s kiss>
Taste: Great oily mouthfeel and a little less elegant than the nose. Hints of chalk, walnuts and olive brine with more peat smoke than the nose suggests. Still not a peat bomb by any means, mind you. Touches of plaster, menthol and damp leaves, as well as pink pepper corns and lime zest. There’s some honey, and stewed pears too.
Finish: Lingering coastal, briny notes with some subtle smoked fruits. Long.

Conclusion
Refill American oak for the win. Just a gorgeous example of a well-aged malt whisky perfectly in tune with the cask. And a quality you can only ever achieve after years-and-years of maturation. But let's not forget the high standard of Caol Ila's make. The largest distillery on Islay. One of the largest in Scotland too. But for the contingent of whisky drinkers that tend to value small (craft) distilleries over big factories, Caol Ila have proven time and again that size doesn't matter...
9.2