I don’t inherently dislike a whisky without an age statement. However, I am inherently skeptic of them. As there’s often no information to go on, it’s up to the whisky itself to prove its worth. Which I guess you could say is always what it comes down to, and yet it feels different than consuming a whisky of which you know the age and cask type at least.

Enter the Bunnahabhain An Cladach, originally released for Travel Retail, but as is often the case, now available everywhere. Bottled at 50 percent. That’s good, at least. But what other information is available? Not much. We do know one thing though: An Cladach means The Shore. <JohnOliverMode> Cool? Cool. </JohnOliverMode>

Nose: A slightly dirty nose that I didn’t expect from Bunnahabhain, with a touch of copper coins and struck matches. Also a decent amount of cloves, a touch of vanilla custard and a nudge of cocoa powder, strawberries and a whiff of mandarin.
Taste: A bit of a harsh arrival. Pretty spicy, with cloves making an encore, as well as black pepper. There’s red fruits here too, though. Think cherry syrup. It has a pronounced sourness to it as well. The balance isn’t quite there.
Finish: Lingering sourness, bitter oak, berries. Short to medium, despite the relatively high abv.

If you’ve wondered what an unbalanced whisky is like, try this. The sweet and sour just doesn’t integrate well, taking this dram to a below average quality. 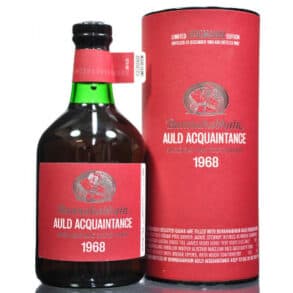