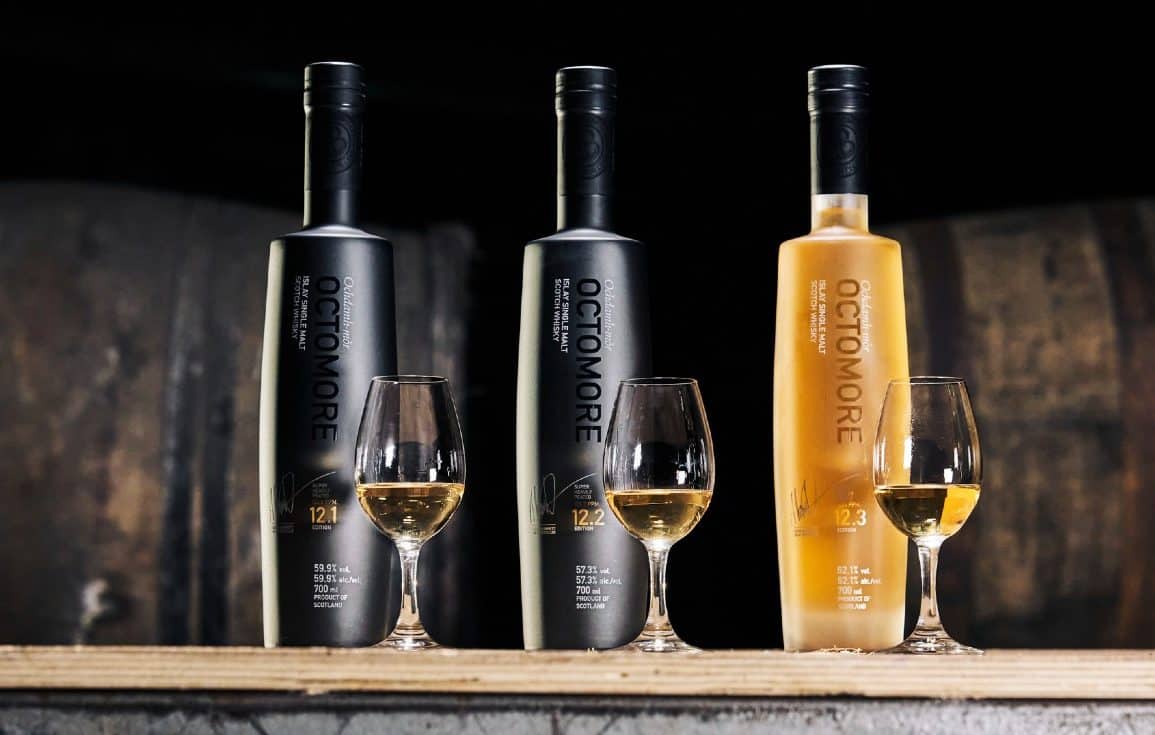 Islay based distillery Bruichladdich has announced the 12th series of its well-known super-heavily peated Octomore single malt. First launched in 2008, the latest batch comprises of the Octomore 12.1, 12.2 and 12.3. You can read my review of all three new releases here.

Octomore is known for seeking the boundaries of peated whiskies, over the years raising the bar to new heights and luring in whisky drinkers seeking for the next hit of smoke, tar, peat and general insanity. By focusing so much on the PPM of the whisky (phenol parts per million), a whole group of whisky drinkers have come to identify that number as the sole identifier for how smoky a whisky is.

Luckily, many Octomore drinkers have become more educated over the years. They now know PPM is basically but a number. There are a myriad of other factors that decide how smoky, peaty and flavourful a whisky is, cask maturation being but one of them. Each of the new releases has matured for 5 years.

Like most of the .1 editions, this too has matured solely in (first-fill) ex-American whiskey casks. It is sort of the benchmark for the rest of the series.

One of the most sought-after Octomore ever is the 4.2 Comus. Just like that infamous expression, the 12.2 also matured partly in Sauternes casks.

Like I mentioned above, the 12.3 jumped out the most to me. Partly because of the Islay barley, but also because of the usage of proper Pedro Ximénez solera casks, a flavour profile that I can really get behind.

You won’t have to wait long to get your hand on one of these new releases, as they should become available in October 2021.

Check out my tasting notes for other releases: