When Bruichladdich discontinued The Laddie Ten, it was a decision met with a lot of sadness. Understandably so, because it was an excellent dram. Certainly one of the better standard expressions of Scotch malt whisky of the last six years.

In all their wisdom, Bruichladdich has now decided to bring back The Laddie Ten, albeit as a limited release of 18.000 bottles. Ex-bourbon, ex-sherry and ex-French wine casks were used for this vatting, which has been bottled at a respectable 50 percent abv.

Nose: Initially a bit like being in a hay-loft, but transforms to warmer notes of stewed pears and vanilla custard. Nutmeg too. A hint of copper coins. Recognizable Laddie, although I find it hard to put into words why. Nectarines, lychees and peaches too, as well as some praline. There’s a thin layer of red wine influence covering it all.
Taste: Quite fresh and mint-y at first. Creamy and full-bodied, but very soft for its 50 percent abv. Ripe banana, cinnamon, bitter oranges and soft oak. Sweet, sweet fruits. Wood spices.
Finish: Some bitter oak-y notes, nutmeg. Lingering on yellow fruit.

This is certainly not a dime a dozen. Maybe even a tad difficult, if that makes sense? I mean that in the best way possible. Ultimately a bit challenging but certainly fulfilling. 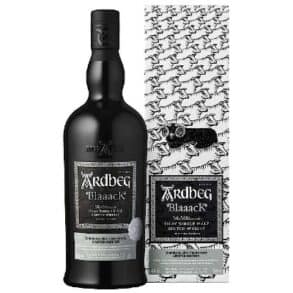