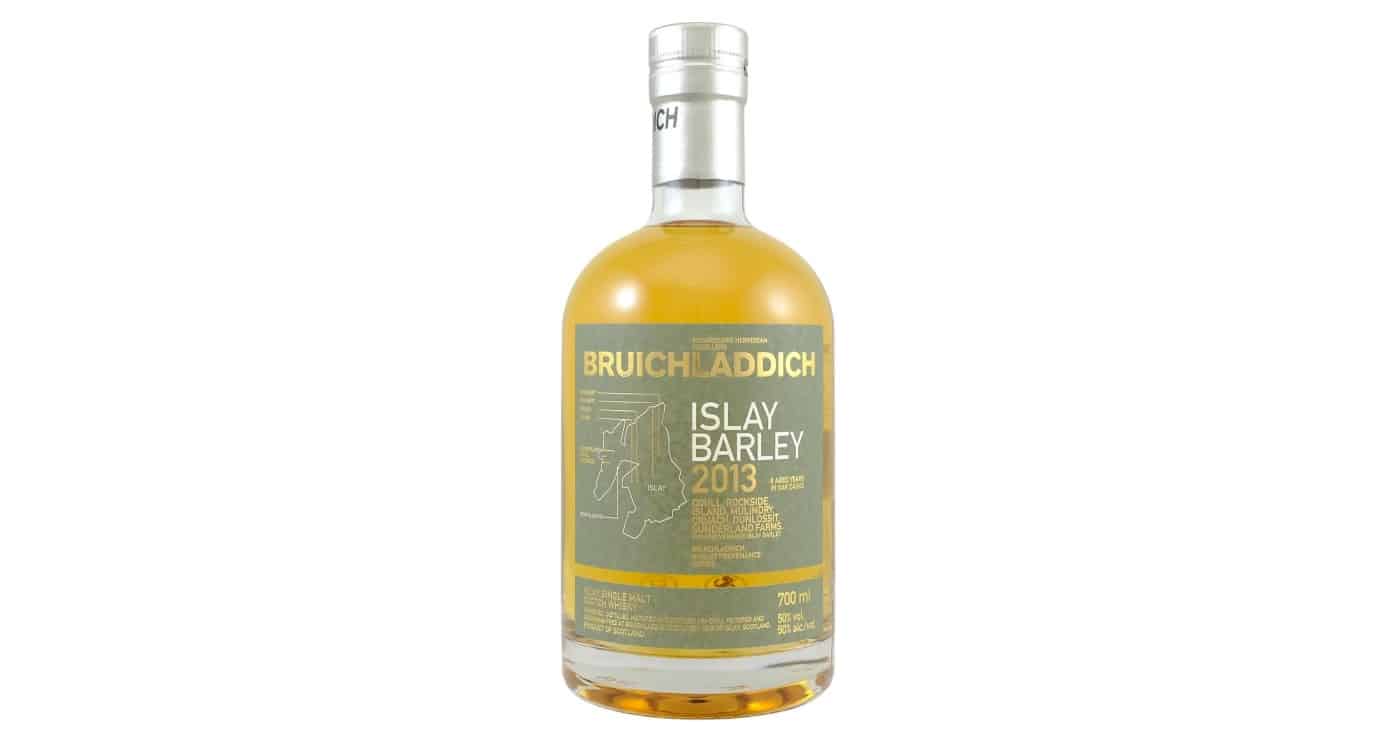 Bruichladdich has been growing on me. It’s been a slow burn, but the distillery has crept up my list of favourites to the point that there aren’t many others ahead of it now. That’s in part because of whiskies such as the one I’m reviewing today, the Bruichladdich Islay Barley 2013.

Maybe my infatuation with Bruichladdich is all in my head, because I’m familiar with their traditional production processes and have visited the Victorian distillery on Islay, but I can’t help but feel that pretty much anything that Bruichladdich releases has a distinctly old-school feel to it. That might be because there’s such a pronounced focus on the barley, which is grown fully on Islay in the case of the Bruichladdich Islay Barley 2013.

But I honestly don’t really know what it is, I just know Bruichladdich is doing something that hits the right spot with me. I will die defending their Bere Barley releases, which I believe are maybe the best young whiskies out there. Then there’s the infinite potential of biodynamic barley. And their Islay Barley and Organic whiskies are very good too. Case in point…

Conclusion
I don't care that this is young (and neither should you), it's simply very good whisky. The Bruichladdich Islay Barley 2013 is crisp and clean yet has a distinct traditional quality about it. Recommended!
8.8