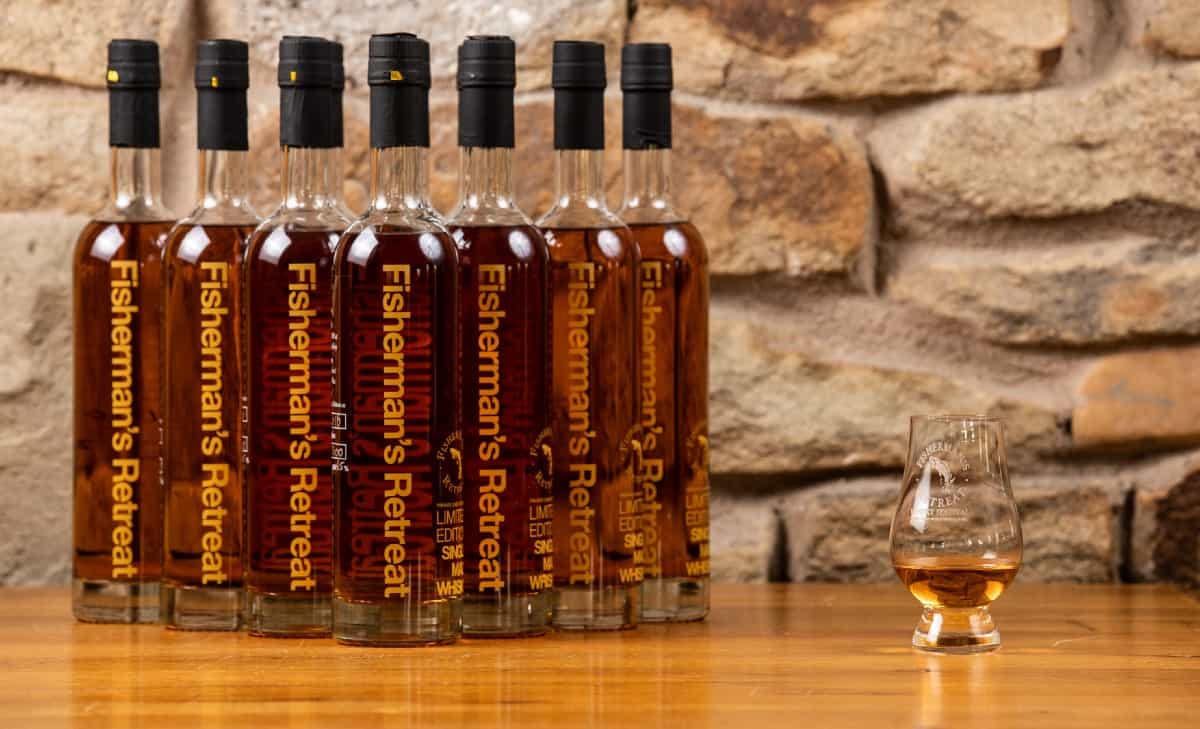 The Fisherman’s Retreat is a family business near the town of Ramsbottom, a little north of Manchester. A pub and restaurant first and foremost, they’re not the likeliest of independent bottlers, but they’ve just launched their 7th release, a Bruichladdich 2011 8 Years matured in a Yalumba Octavius Cask.

Unless you’re a wine aficionado or have previously tried this surprising Arran from The Fisherman’s Retreat, you’re unlikely to have heard of Yalumba before. This historic family-owned Australian winery in the heart of the Barossa has been producing quality wines for over 160 years. The Octavius is their quintessential Shiraz — a premium red wine with a price to match.

Outside of The Fisherman’s Retreat, you might’ve heard of Yalumba in relation to Australian whisky producer Starward. They’ve embraced maturation in Australian ex-wine casks — and are all the better for it in my opinion. For example, their Starward Tawny (which is excellent and sits patiently waiting in the reviewing pipeline) matures in fresh Tawny casks from Yalumba winery.

Nose: Typically weird Bruichladdich, it is very malty, somewhat lactic and there’s a touch of baby sick as well. Does this sound appealing to you? I understand if you’d tune out, but that’d be a wrong decision, because at the very least it is super interesting and different. There’s some jammy fruits, rhubarb, strawberry and blackcurrants as well, with some burnt butter too.
Taste: Very sweet, fruity arrival. Malty and typically Bruichladdich on the one hand, but wine-y on the other. Lychees and kumquats, but also toasted cereal and charred oak. Finally some soft spices like nutmeg, pepper and cinnamon.
Finish: Jammy red fruits. Spicy. Medium in length.

Almost impossible to score because it is such an unconventional, eccentric single malt—therefore I’ve barely a frame of reference. It’s slightly schizophrenic: is it traditional Bruichladdich or is it Yalumba wine spirit? The two don’t entirely match and are struggling to integrate at times.

Available at The Fisherman’s Retreat webshop.

Sample provided by The Fisherman’s Retreat