If Bruichladdich is known for anything, it is its liberal use of fairly exotic cask types. This all stems of course from when former wine merchants Simon Coughlin and Mark Reynier bought the distillery in 2000. Today’s Bruichladdich 11 Years Old from Claxton Spirits is no exception, as this has spent its entire maturation in a Rioja Wine Cask.

By now maturation or finishing in wine casks is no longer a novelty, but seen at many different distilleries, including one of my personal favourites, Benromach. But it is still not widely accepted among whisky enthusiasts, and often approached with scepticism. I myself include myself among that group. With that being said, let’s see what we have here.

Nose: Blue berries, rock sugar, milk chocolate and prunes. Also some cinnamon and cloves. Highly concentrated  aromas. A hint of struck matches (sulphur). Slightly farmy now, and I mean that in a cow stable way. Straw and manure, but strangely enough not unpleasant. Don’t judge me.
Taste: Drying, plenty of tannins. Spicy arrival too. Jalapeño. And the sulphur makes an encore. Cranberries, macadamia nuts and tobacco leaves. Also some cherry syrup.
Finish: Pretty much the same flavours. Medium to long.

Different, fairly complex. But that damn sulphur though. Without it this would be a good whisky. Consider yourself lucky if your immune to it, because the sulphur subtracts quite a bit of quality for me. 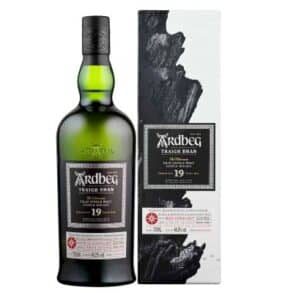 Next
A Lagavulin Tasting To Die For