Blind Tasting Competition (And Challenging Myself)

Every once in a while you just need to take the plunge. Now I did that already quite a bit when about a year ago I quit my job and focused solely on writing about whisky (and other spirit drinks) full-time. I must say, it has been one of the best decisions I’ve ever made. It was a challenge, I embraced it, and it hugged me back.

So much has changed over the past twelve months, and only for the better. I’m now writing for quite a big number of outlets already, both in my own country (The Netherlands), but also abroad. On a daily basis, I’m talking and writing about whisky. I also get the chance to talk to interesting people, visit alluring places and attend some incredible festivals and tastings. It’s a whisky lovers dream.

Sommelier for spirits (sort of)

Meanwhile I continue to learn each day by reading both online and offline, by picking the brains of some very knowledgeable folk, and by following a year long course to become something that is called a Liquorist. Sort of a sommelier for spirit drinks (although admittedly the road to becoming a sommelier is probably a bit longer and more bumpy). Still, annually less than two dozen people receive their Liquorist degree. If all goes well, I’ll receive mine in about seven months time.

Part of becoming a Liquorist is training your nose and palate in such a way that you’re able to recognize different spirits during a blind tasting. Which brings me to the reason for this blog post. Starting tomorrow, the next two and a half weeks on Words of Whisky will be all about blind tasting. Why? Well, because I’ll be participating in a Blind Tasting Competition.

It’s a competition that’s been held ever year for the last six years, organized by the Dutch Usquebaugh Society. This’ll be the seventh edition, and 48 of the biggest whisky nerds from The Netherlands will participate (which is about a third less than it has been in previous years, by the way).

For eighteen days straight participants will nose and taste a whisky, and try to guess the region, distillery, age and alcohol percentage. A maximum of 100 points is awarded if you get all of those right. There’s 40 points up for grabs if you guess the distillery, or 20 if you only have the region right. Then another 40 if you have the right age (minus 10 points for every year that you’re off). Finally another 20 points for the right abv (minus one point for every 0,1 percentage points that you’re off).

Only once before have I participated in this competition, back in 2014. It went surprisingly well, to say the least. When I fared well in the first few rounds, a competitive side of me came out. I wanted to defend my place in the top three, and because of that desire, the whole competition became quite an exhausting affair. That’s probably also why it took me a few years to register again. In the end I came in second, an accomplishment I don’t expect to improve on this time around.

The Blind Tasting Competition is a challenge, that’s for sure, making it a fitting way for me to end my 2017. It means I’ll be blogging daily for the length of the competition, sharing the tasting notes that I’ve written for these blind samples (pictured above). I’ll tell you what my guesses are for each sample, so you’ll share in my triumph if they are right, but more likely it’ll be a failure most of the time.

That doesn’t matter at all though. Because the Blind Tasting Competition, and tasting blind in general, is a great way to learn. I’ll approach each whisky unprejudiced and open-minded, meaning that I’ll learn more about my own preferences and prejudices. From earlier experience I’ve also learned that tasting blind heightens the senses. That’s because you’re much more focused on what’s in the glass, instead of what you expect to be in the glass.

As you can hopefully tell, I’m very much looking forward to it. It will be challenging, fun and humbling. Three ingredients that should make for an exciting two and half weeks. 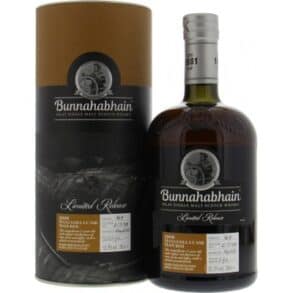