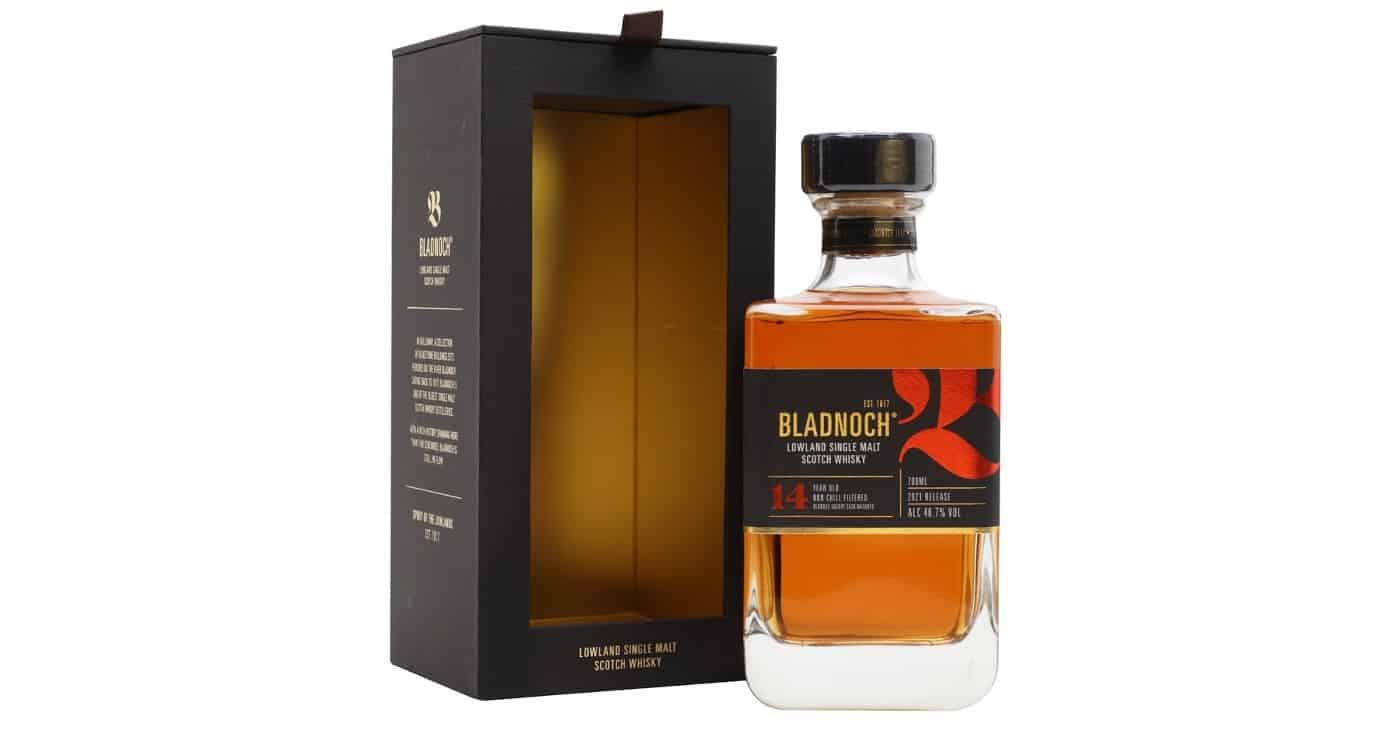 Historically, Bladnoch has been such a hit-or-miss whisky for me. I first came across their bottlings in the late 2000s, maybe early 2010s. I loved this Lowland whisky’s performance in bourbon casks. But this sherry matured 12-year-old was way too weird (and dirty) for me. Seriously, I haven’t tried a a sherried Bladnoch since. Until now.

The 2021 Release of the Bladnoch 14 Years matured exclusively in Oloroso sherry casks. Considering its age it must’ve been distilled during the Armstrong era of Bladnoch, which roughly lasted from 1994 to 2014, although production only took place from 2000 until 2009.

When the Armstrong brothers first bought Bladnoch from United Distillers (now Diageo), their initial idea was to turn it into a holiday village. At the time it had already been mothballed by UD and Bladnoch was very close to joining Rosebank in the ranks of closed distilleries. But a change of heart saw the brothers wishing to make whisky again. One problem: they weren’t allowed to by the terms of the sale.

They finally persuaded Diageo to allow them to start distilling in 2000, but only a maximum of 100,000 litres per annum, which was way below capacity and threatened profitability. A lot of the brothers’ income came from tourism, events and renting out their warehouses. This was before I was seriously into whisky, but I remember reading old posts on now the defunct Bladnoch, as well as hearing from other people, that Bladnoch truly was a happy place for many whisky enthousiasts.

But despite all the good vibes, Bladnoch was mothballed in 2009 and then put into administration when the brothers couldn’t agree on the sale of the distillery. It was finally purchased in 2015 by Australian businessman David Prior, who has now turned it into the opposite of what it once was; a shine, completely refurbished distiller that aims for the luxury whisky market.

Nose: Fairly shy at first, but after ten minutes or so it really takes off. I get almonds and pralines, but also lots of toffee and some raisins. A touch of leather too, accompanied by faint notes of red berries.
Taste: Thick, sticky mouthfeel with a subtle spicy arrival (pepper and ginger), followed by caramel, toffee and raisins, but also herbal and green notes. Think sage, freshly cut grass and some crushed mint.
Finish: Lingering herbs and subtle spices, even some licorice root.

Conclusion
Not what I expected, but this was a pleasant surprise. This Bladnoch 14 Years offers more than the obligatory raisins and caramel. Especially the palate was very satisfying.
8.7