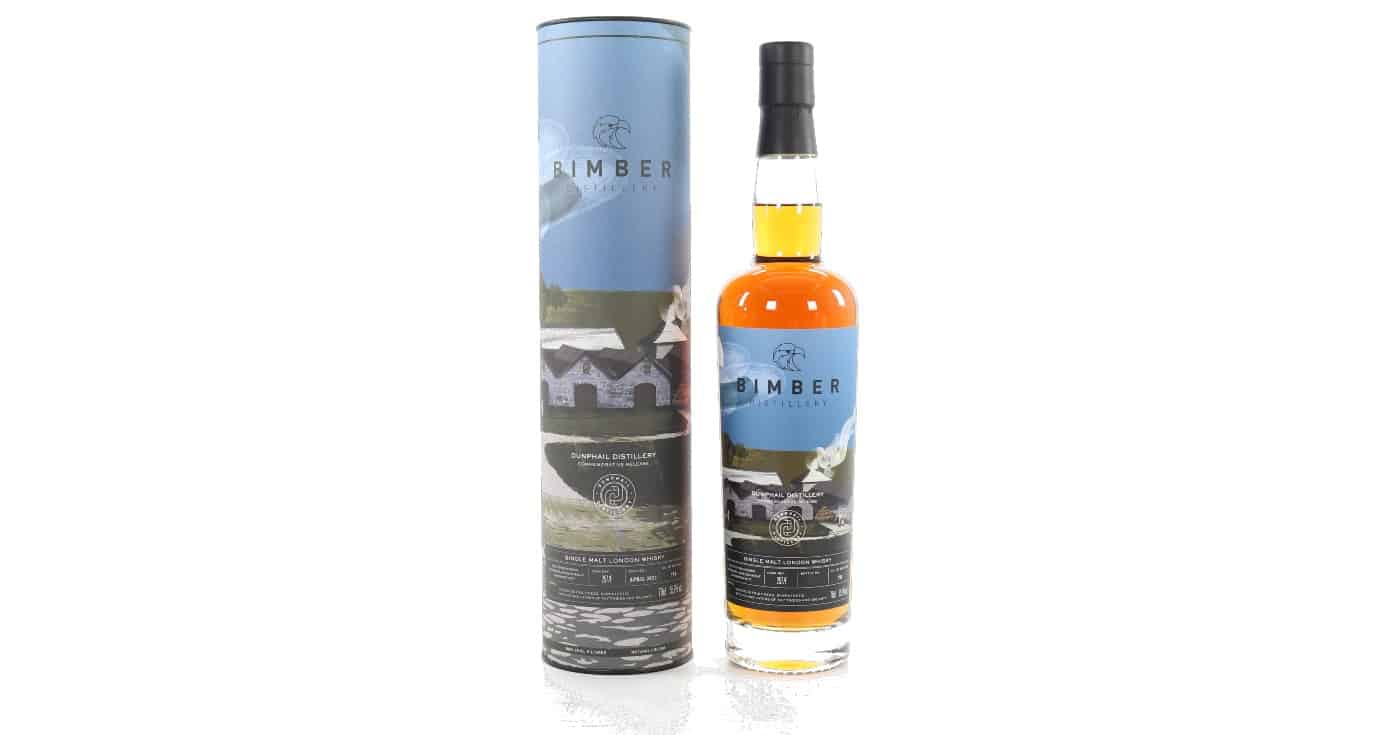 When Dunphail Distillery was announced last year, it didn’t take me long to decide to sign up to their Founders Club. A few weeks ago my first “reward” showed up – an actual bottle of whisky even though the distillery isn’t finished yet. Just not from Dunphail of course, but instead from their sister distillery Bimber. Let’s take a closer look at the Bimber Dunphail Distillery Commemorative Release.

But first: why did I join Dunphail’s Founders Club? I’d been close to joining similar initiatives a few times before, including the one for Raasay. But in the end I always decided against it. Until Dunphail Distillery came around that is. There’s really a few reasons why, but the most important one: I couldn’t find a good reason not too. (Besides maybe not wanting to part with the membership fee, because £695 is a lot of money. Not for such a club per se, but in general.)

As a member you receive a number of benefits, the most important being five different bottlings, including the Bimber Dunphail Distillery Commemorative Release, as well as four more Dunphail whiskies in years to come. Not the cheapest five bottles I’ve ever purchased, then again, those four Dunphail whiskies will also include the inaugural release and their first-ever peated single malt.

However, while the whisky is a great benefit of joining the Founders Club, I mostly did it because I fully believe in the people and the Dunphail project. They’ve proven themselves in the past few years with their London-based Bimber Distillery. Now they’re building a second distillery in Scotland with the opportunity to take their learnings from Bimber and construct a distillery without any compromises (or none that I know of).

Once Dunphail Distillery is up and running (maybe as soon as later this year), the site will be able to produce 200,000 litres of alcohol per annum. Much like Bimber, Dunphail Distillery will adopt a single-minded approach to the whisky making process. They’ll employ long fermentations and direct-fired stills, but also install their own floor maltings. Dunphail will be one of only two distilleries in Scotland to malt 100% of their own barley. The other one? Springbank.

The Bimber Dunphail Distillery Commemorative Release is an ex-bourbon Bimber from an unknown vintage, but was finished in a Fino sherry cask.

Conclusion
An exemplary Bimber that still has some distillery character left despite the loud presence of the Fino sherry cask. I'll happily be toasting to the future of Dunphail Distillery with this.
8.7