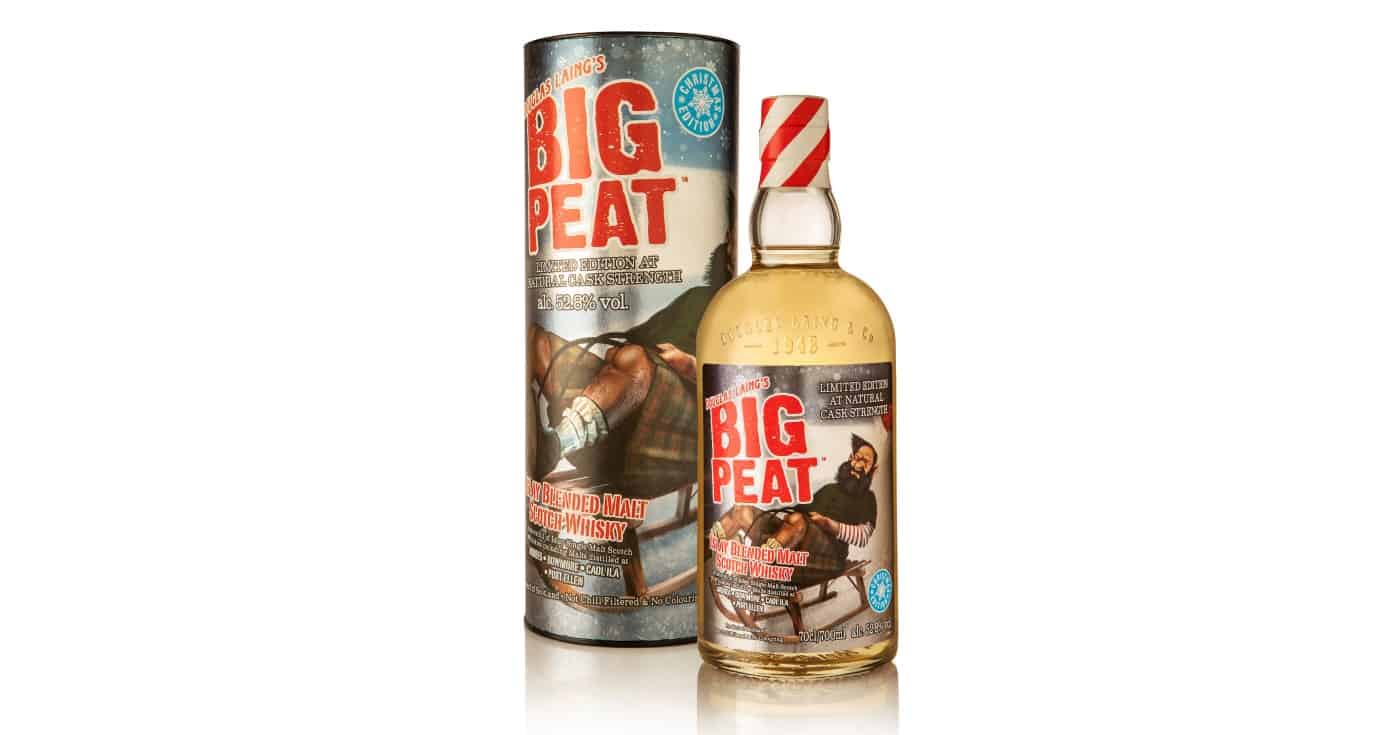 Is it that time of year already? Well, no. But yes, apparently, because just last week Douglas Laing announced the launch of their Big Peat Christmas 2021. Frankly, I’m amazed at the popularity of this series and Big Peat in general. Apart from a few exceptions, most of the releases are pretty similar in style and flavour profile, so kudos to Douglas Laing for managing to find an audience year after year.

That’s not to say Big Peat isn’t a delicious whisky. Paterfamilias and Big Peat creator Fred Laing manages to marry single malts from Islay to a very high quality time after time. The first-ever Big Peat was made more than 10 years ago together with Jan Beckers, ambassador of Douglas Laing at the time.

“Together with Jan Beckers, our malt ambassador at the time, we arrayed all the different Islay whiskies we had, and started playing with different percentages”, Fred explains. “Because the guys in the west of Scotland have a sweet tooth, I ended up with a somewhat sweeter version of an Islay malt, but still with all the coal dust, chimney soot and bonfire ash that I wanted.”

A big part of the legend of Big Peat is the inclusion of Port Ellen in the recipe. This famous closed distillery (set to re-open in this year) is somewhat of a holy grail among whisky enthusiasts. Even in 2009—when Big Peat was first released and whisky prices were relatively pedestrian—using Port Ellen in a blend raised some eyebrows.

I once asked Fred how much Port Ellen was used in a vatting of Big Peat. Not surprisingly he wouldn’t disclose an exact percentage but did confirm they’re still using Port Ellen. His exact words were: “It’s not a lot, but it’s certainly in there.”

The first ever Big Peat Christmas Edition was released in 2011 and I’ve tasted most of the releases from the last five years:

Admittedly, I did not ever have the chance to try them side by side, but as I mentioned in the first paragraph, I remember them as being fairly similar in style and quality. How does this year’s release differ from earlier years? Hard to say. The only thing I have to go on is the alcohol percentage, which is the lowest it has been, yet still an impressive 52.8%.

Obviously the recipe will slightly differ, probably both in terms of distilleries included and casks used. But by how much? Only very few people in the world know. And I’m not one of them.

Nose: Some wet pebbles and ozone as well as salty sea spray. These coastal influences are followed by sauerkraut, golden syrup and some pickled lemons. Somewhat ashy. It’s fairly light, more so than I’m used to from Big Peat.
Taste: A spicy arrival with plenty of cracked black peppercorns. The mouthfeel is pretty oily and there’s obviously plenty of ashy smoke, but also some leather and fresh tobacco. Finally a touch of apricots and honey.
Finish: Lingering fruits, but mostly green apple now, accompanied by ashes. Medium to long.

Conclusion
Another excellent batch of Big Peat that's a little more subtle on the nose but just a powerful on the palate as you'd expect.
8.6