Earlier this year, Benromach celebrated with the release of the 20th Anniversary Bottling, which was a very nice whisky. I figured that would be it in terms of celebration bottlings. Boy, was I misstaken. At the start of this week a surprise press release reached my inbox, announcing Benromach Cask No 1.

What is Benromach Cask No 1? It is a very rare whisky, and one with a great provenance, taken from the first cask that was laid down when the distillery reopened after being closed since 1983. It was filled on 21st August 1998, and bottled exactly 20 years later, on 21st August 2018. This is the one, a first-fill sherry butt at that. 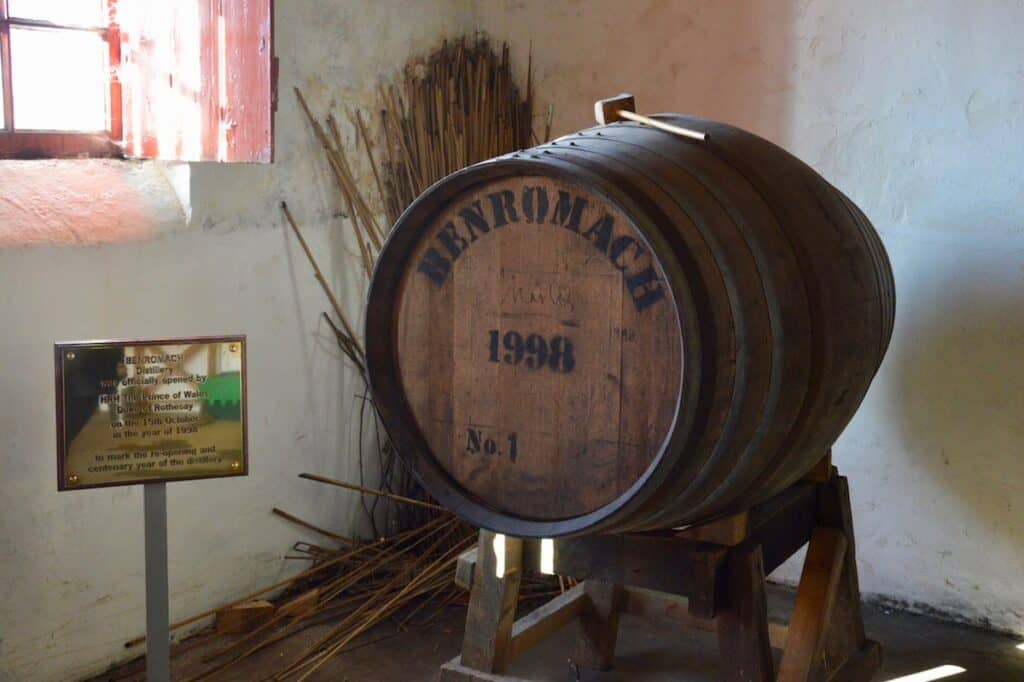 If you look closer, you’ll notice a signature. And if your eyes are in good working condition (or if you have glasses or lenses or whatever), than you’ll be able to make out that the letters spell C-H-A-R-L-E-S. Charles. Prince Charles that is. Look, here he is, signing the cask on 15th October 1998, the day of the official reopening of Benromach. 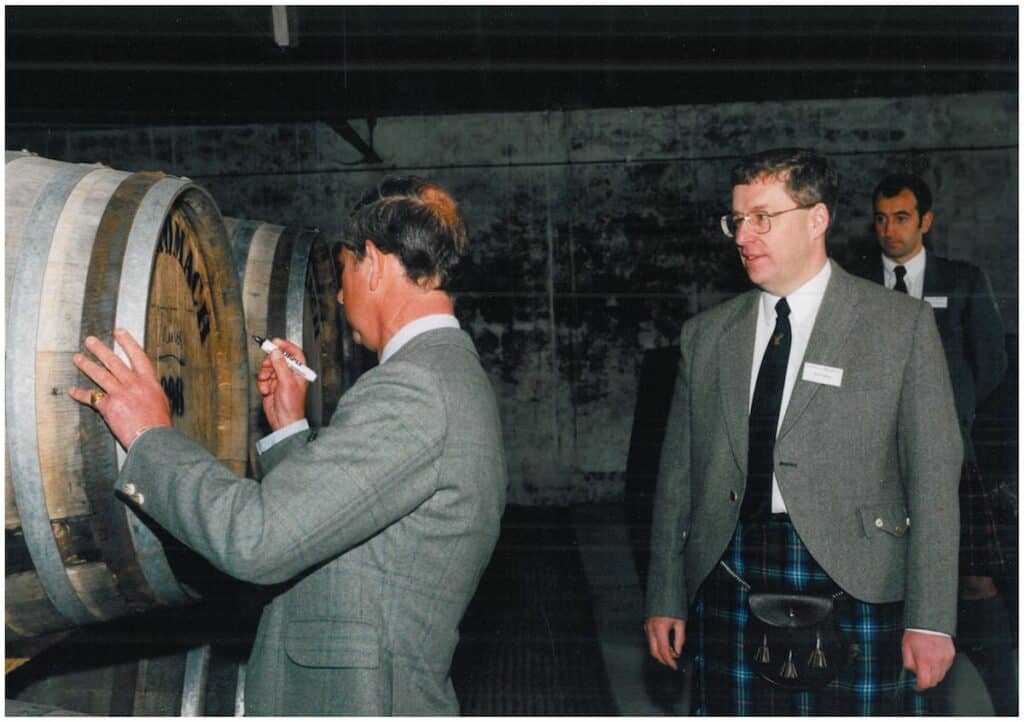 I can’t wait to give this a taste, but before I do, it’s time to be skeptical for a moment. It’s easy to get swept up in the awesomeness that is Benromach Cask No 1. For example, imagine being able to once upon a time sip from the first cask that will be filled after Brora reopens in 2020? I mean, come on!

There’s no denying how extremely excited I am about tasting Benromach Cask No 1. However, at its core it is a single cask like any other. Sure, I’m confident the Urquhart family picked what they though to be one of their best casks to be filled on that faithful day back in 1998. But that is no guarantee it turned out to be special 20 years later. The only reason this whisky has a price tag of 1,000 pounds per bottle, is because it is Cask No 1. I must mention though, that all profits of this release will go towards several charitable causes.

Now that we’ve got that out of the way, I’ll try to be as objective as I can be in my tasting notes and review. If anything, I find I’m often more critical when it comes to releases like these. I’ll try to reign myself in.

Nose: Dried figs and dates with a hint of aceto balsamico, as well as light touches of fudge and cigar tobacco.  There’s a whisper of lemon yoghurt and orange peel, accompanied by red apple skin and a certain grassiness. Later on I also find some milk chocolate. Decent complexity, and exquisitely balanced. But… none of the signature Benromach smokiness.
Taste: A hint of menthol, the lightest touch of smoke, and also caramel and cherry syrup. Quite sweet and oily, with plenty of orange and lemon zest, as well as a whisper of ginger and oak. Works perfectly well at cask strength, I do not feel the need to add water at all.
Finish: Fairly spicy (chili pepper) at first, but then lingering on herbs and sweeter notes.

First things first: Like with the 20th Anniversary Bottling, the Cask No 1 doesn’t exactly scream Benromach to me. Benromach is what the 10yo is. I don’t know if it is the longer maturation that cancels out some of the peat influence, or that it maybe took them a little while before they settled on the preferred flavour profile of the spirit.

However, setting my preconceived notions aside on what Benromach should be, the Cask No 1 is an excellent whisky, with plenty of little intricacies and quirks. I thoroughly enjoyed it. Just on the edge of reaching the 90 point barrier, but for this one time only I’ll give it the benefit of the doubt because I’m such a Benromach homer. Sue me.

Previous
Compass Box The Story of The Spaniard (2018)