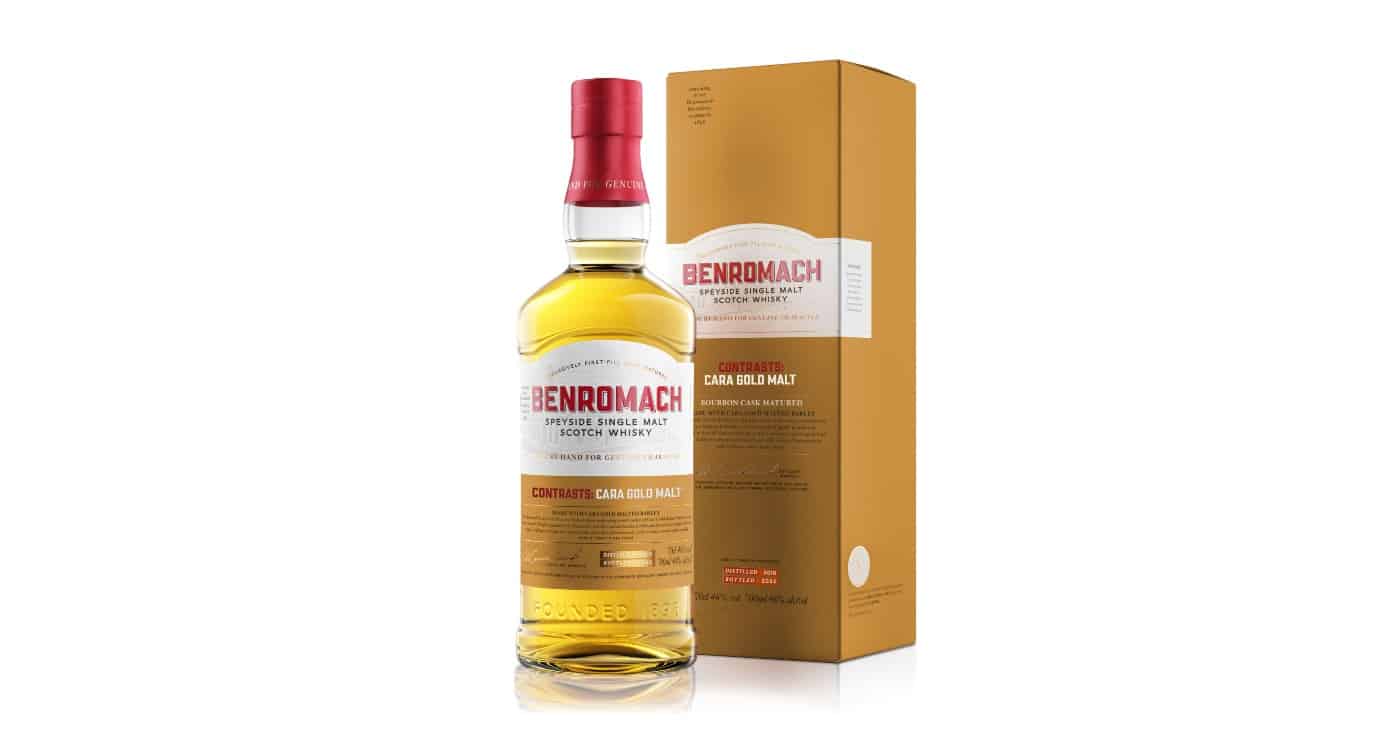 Benromach’s announcement in February of a new release got me pretty excited. I’m a fan of Benromach, so it’s honestly not that difficult to get me excited for anything they do, but the Benromach Cara Gold 2010 really brings something new to the table. This 11-year-old single malt was made from Cara Gold malt combined with the distillery’s standard lightly peated malt.

Cara Gold is a crystalised malt from Crisp Malt, one of the UK’s largest malting companies. It’s maybe the lowst colour of crystalised malts, comfortably below chocolate malt (used for the Glenmorangie Signet) and even Amber malt. Cara Gold malt is not a variety such as Laureate or Optic. Instead its name refers to the kilning specifications (it’s heated longer than regular malted barley). Cara Gold is more commonly used by breweries and generally produces rich fruity and toffee flavors in golden orange lagers.

Here’s a video by Crisp Malt that explains the virtues of their Cara Gold malt.

Unlike breweries, it’s uncommon for whisky distillers to experiment with kilning. Malcolm Triggs recently wrote an in-depth article about this subject, which is worth your time. As he points out, there are some examples such as Holyrood and Burn o’ Bennie. And as mentioned before, Glenmorangie famously uses chocolate malt for their popular Signet, but they are very much the exception to the rule.

Nose: Oily and vanilla-forward but with a bright zestiness, lemon curd and pineapple. There’s also darker notes of toffee, earthy peat, tobacco and a gentle honey influence. Very accessible and pleasant.
Taste: Sweet arrival with grilled pineapple, toffee and butterscotch followed by a light ashiness. There’s some lime zest and a light minerality as well, but also spicy notes highlighted by cloves and black pepper.
Finish: A touch of honey, dry smoke, plenty of cereals and syrupy fruit salad. Medium in length.

Conclusion
Very agreeable and with some added sweetness, presumable from the Cara Gold malt. I've noticed the vivid fruity notes in some single cask first-fill bourbon releases as well, and I'm glad to encounter them here too. However, the Benromach Cara Gold 2010 would've been even more of an interesting experiment had they followed the exact cask recipe of the Benromach 10 Years. Would've loved to have been able to compare the two.
8.6