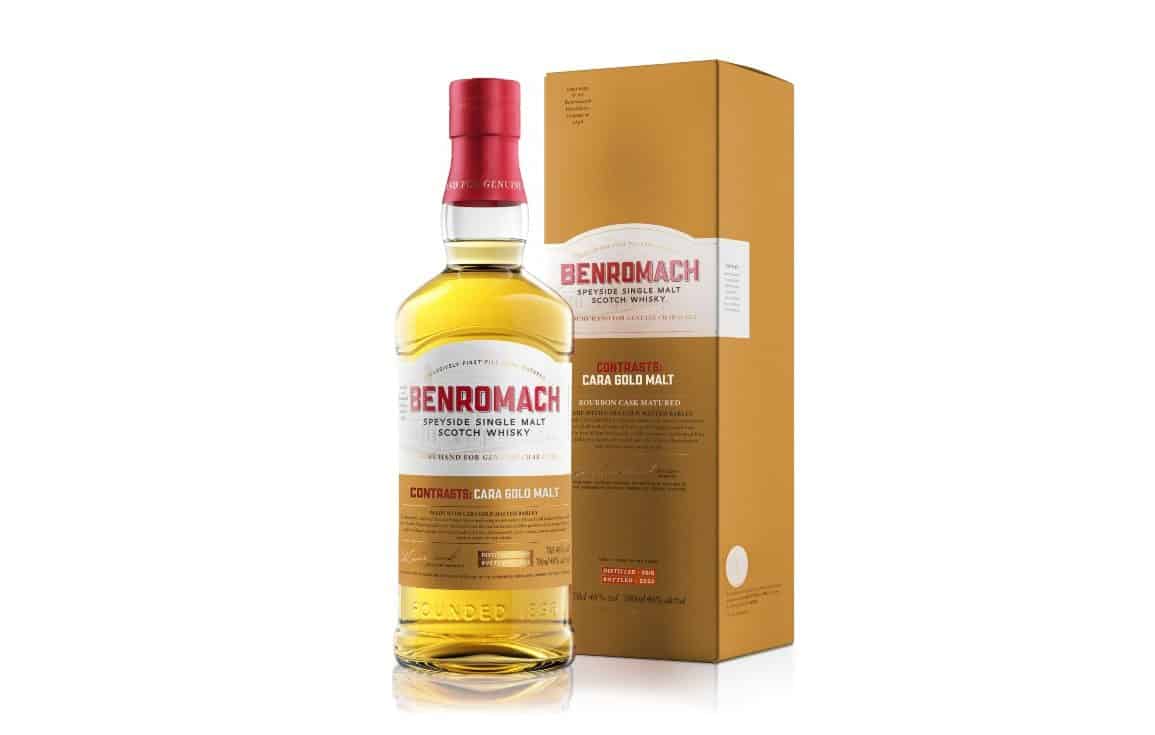 It started popping up in webshops just before the weekend, but Benromach has now officially confirmed the release of their new Benromach Cara Gold (read my review here). This addition to the distillery’s Contrasts range was made from Cara Gold barley, a low colour roasted caramel malt.

Cara Gold barley is more commonly found in breweries and generally produces rich fruity and toffee flavors in golden orange lagers. The Cara Gold barley used by Benromach was peated to the distillery’s usual specification (around 12 ppm), which should make for an interesting new twist on their usual old-school flavour profile.

The Benromach Cara Gold was distilled in 2010 and bottled in 2022. It’s natural in colour and non-chill filtered, and has matured fully in first-fill bourbon barrels. Like other whiskies from their Contrasts range, the Benromach Cara Gold is bottled at 46 percent. That’s a step up from the 43 percent of their core range (which hopefully will one day also transition to a slightly higher percentage).

Keith Cruickshank, distillery manager at Benromach, said in a prepared statement: “We love to get creative with our small batch vintage expressions and our Contrasts Range allows us to do this.

“Unlike any of our other expressions, we have used Cara Gold malt – this is a type of malted barley you would usually find in a brewery rather than a distillery and it has produced a beautiful and unique single malt. But, in true Benromach style, this whisky was made by hand for genuine character using the skills, expertise and senses of our small team of distillers.”

Unlike breweries, it’s uncommon for whisky distillers to experiment with kilning. Malcolm Triggs recently wrote an in-depth article about this subject, which is worth your time. As he points out, there are some examples such as Holyrood and Burn o’ Bennie. And Glenmorangie famously uses chocolate malt for their popular Signet, but they are very much the exception to the rule.

Expect a review of the Benromach Cara Gold soon. For now, here are the official tasting notes to tide you over.

Nose: Perfumed and sweet with passionfruit, lychee and lime complemented by a hint of malted biscuit.
Taste: Smooth and sweet flavours of pineapple, apricot and subtle pepper lead to toasted malt and a hint of butterscotch.
Finish: Vibrant and fruity with sweet smoke.

A total of 6,000 bottles of the Benromach Cara Gold will be sold through the distillery’s website and retailers worldwide. The recommended retail price is £49.99.