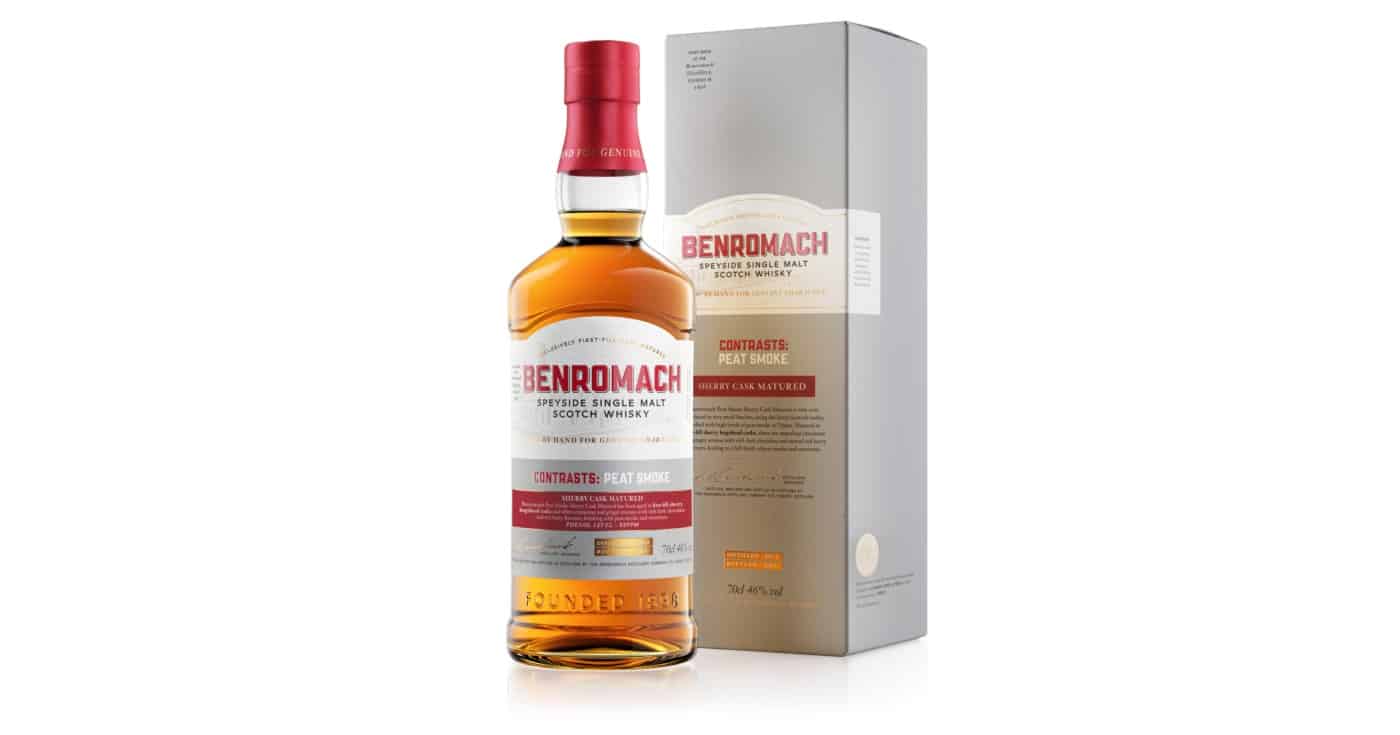 First off all, welcome to the revamped version of Words of Whisky, the first such refurb since I started in 2013! I hope you like what I’ve done with it. Outside of improving and updating the look, there’ve also been some upgrades behind the scenes. Words of Whisky should now be future proof for a good while.

Secondly, we return to a new vintage of an old personal favourite, the Benromach Peat Smoke Sherry Cask Matured. Considering the popularity of that first batch, I’m surprised it took the distillery 2,5 years to finally release a successor, albeit one bottled at 46 percent instead of cask strength. At first glance that’s disappointing, but upon tasting the 2012 vintage I do not mind the reduction one bit.

Here’s distillery manager Keith Cruickshank said about his new whisky in a recent press release: “This small batch vintage expression has been created in a style which is deliberately different to the subtle smokiness Benromach is well-known for.

The Benromach 2012 Peat Smoke Sherry Cask is made from malted barley with high levels of peat smoke at 55 ppm. It has matured exclusively in first-fill sherry casks and there will be 6,000 bottles available worldwide.

Nose: Sauerkraut at first, but then it becomes much more reminiscent of the previous batch. Dry with a proper amount of red fruits, as well charred meat with smoked paprika powder, but also creosote and a some rubber.
Taste: Proper oily mouthfeel followed by earthy smoke, aniseed and charcoal, as well as dried tangerine peel, tobacco and honey-glazed peanuts. Whiff of cloves and pepper too. It’s slightly dirty, but I like it.
Finish: A whiff of chocolate, just a hint of rubber matches and port-stewed pears.

Conclusion
The previous batch was a divisive dram. I loved it and so did plenty of others, but there were also people that bought it because I said it was good and then vigorously hated it. What I would say is, if you’re a fan of the 2010 vintage, you can safely buy the new release, which is just as good even at a lower abv. If you properly disliked the previous batch, steer clear of the new one.
8.9