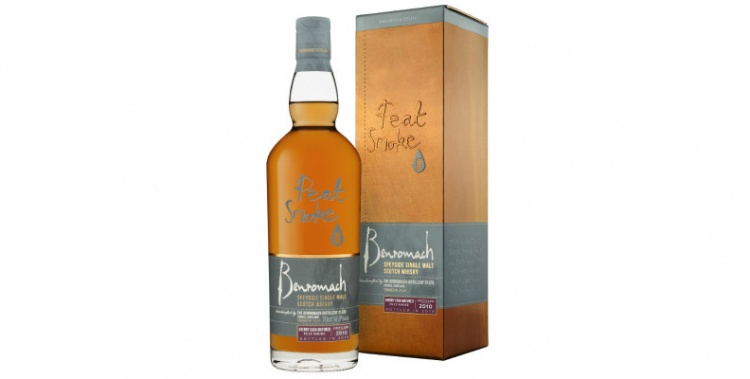 I like my peat in moderation, which is one of the many reasons that I’m so fond of Benromach. However, I must admit that their Benromach Peat Smoke releases did really struck the right chord. Fairly heavily peated, indeed, but very much different from your average Islay peat bomb.

Just a few weeks ago, Benromach announced the newest Peat Smoke. Whereas before that usually meant a newer vintage, but the same recipe as previous iterations. However, this latest release matured for the full 100% in first-fill sherry hogsheads. That’s exciting!

The Benromach Peat Smoke Sherry Cask Matured is also bottled at a staggering abv. Only 6.500 bottles are available world wide. All in all, this should make for quite the experience.

Nose: Oh man, this is rather enticing. Plenty of dry sherry notes, with a good amount of dried red fruits, as well as cherry syrup. But then there’s this honey-glazed, meaty, barbecue-esque peat smoke that beautifully cuts through, accompanied by a hint of rubber, which may sounds unattractive, but really does work for me. Great balance.
Taste: Unmistakably Benromach, but sort of on steroids. The earthy peat and furniture polish work great with the dried red fruit, as well as the meaty barbecue smoke. Slightly syrupy and somewhat oily, with a hint of dark chocolate.
Finish: Lingering barbecue smoke and soft chocolate. Long.

As good, or maybe even better than I hoped. Peat and sherry is a proven combination, although not always executed well. That is not the case here. Once word gets out, I’ve no doubt that this’ll fly of the shelves.