Recently Benromach announced a new addition to their Wood Finish-series, which already consisted of a Château Cissac and a Hermitage. Now they’ve added a Sassicaia-finish as well. This new expression is distilled in 2007 and has spent its first years in first-fill ex-bourbon barrels. The final 24 months the whisky matured in Sassicaia casks. It’s a limited release of 3.500 bottles.

Nose: The subtle Benromach barbecue smoke is certainly there, accompanied by some old, moist oak. Very warm and comforting. But the two years of maturation in the Sassicaia cask have had their influence, infusing it with sweeter aroma’s. Red berries, some caramel and brown sugar too.
Taste: At bit of a peppery arrival, even at ‘just’ 45 percent abv. The spirit is pretty thick, almost sticky when swallowed. Some hot ginger and cumin go hand in hand with red berries and grapes, as well as raspberries.
Finish: Short to medium in length. Soft fruits and spices.

Well, a pretty good whisky, certainly way above average. But really, what does this add to the Benromach range? I don’t see it. Maybe that’s the problem when you’ve such an excellent core range already with the 10yo, 100 Proof and 15yo. 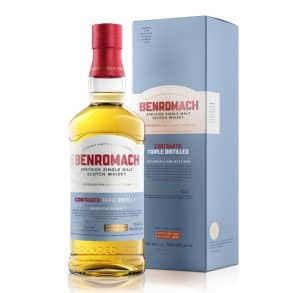 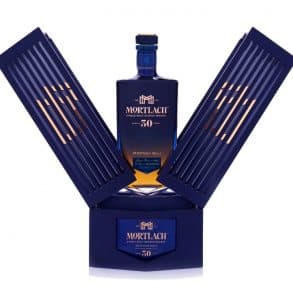