There’s this one image that was posted years ago in the Friend of Benromach group on Facebook that haunts me. It reminds me of whisky prices of yesteryear, which is always a good way to make any whisky enthusiast despair.

It’s a picture of the interior of the visitor centre of Benromach taken somewhere between 10 to 15 years ago. More specifically it shows the whiskies that were on offer at the time. The now classic Benromach 10 wasn’t even released back then. There were a few older releases available though, distilled before the distillery closed in 1983.

One of those was a heavily sherried Benromach distilled in 1968, priced at a mere 125 pounds sterling. A bafflingly cheap price in retrospect, but probably quite a lot of money for a single malt whisky at the time. That Benromach 1968 is high-up on my whisky bucket list, but so far I’ve not succeeded in securing a sample from anyone, while buying an entire bottle at current market value would be way out of my comfort zone. I’ve pretty much given up on ever tasting it.

Now an equally as good or even better opportunity has come up — a new release of which I kindly received a sample. Benromach have been hinting at it for a while now on their social media outlets. Honestly, I though maybe they would announce a new addition to their core range, like an 18-year-old. That would’ve been monumental enough — but that’s not what it turned out to be… 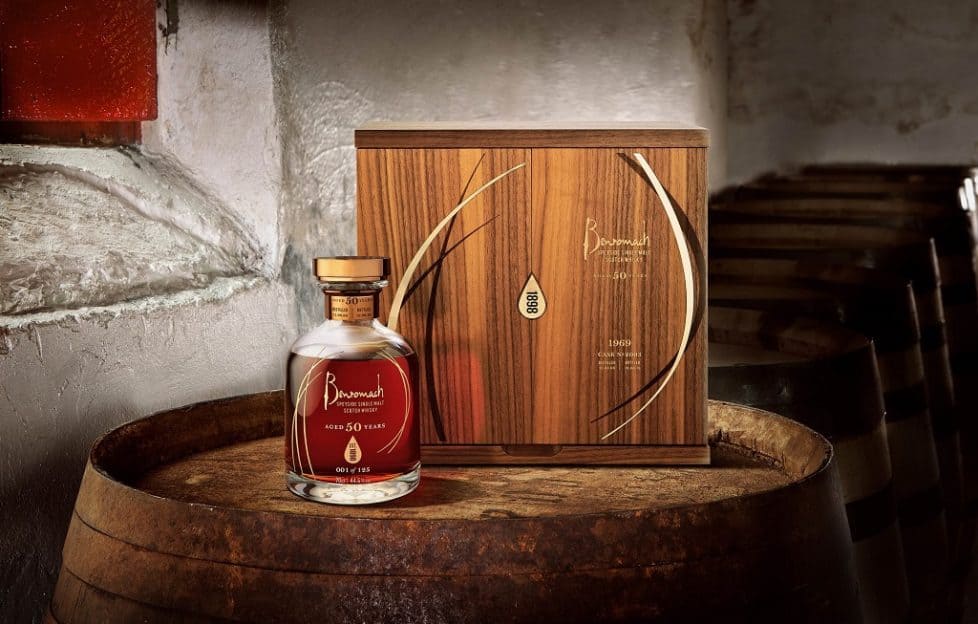 Instead Benromach have just released a new 50 Year Old expression. There’s not many distilleries (although probably more than you expect) that can claim to have such an old whisky in their portfolio. It matured in a sherry hogshead and will set you back a maddening 9,000 euro.

The only thing left to do for me is taste…

Nose: Fairly delicate. Hints of sweet dates, a faint waft of cinnamon buns and a nice touch of prune juice, bright orange peel and dried red fruits. There’s notes of bung cloth and damp old oak too, as well as sandalwood and soy sauce. Finally an interesting note of cured ham that further heightens the complexity of this decades old whisky.
Taste: Polished leather and slightly astringent tannins, as well as cigar tobacco, resin and a whiff of menthol and orange marmalade. Some soft notes of peach and triple sec too. While not quite overpowering, the oak does sit comfortably in the drivers seat.
Finish: Very long and impressive. Soft spices linger for a while (cinnamon, black peppercorns) before making way for gentle notes of red fruits, fudge, milk chocolate and finally also a hint of smoke.

How overpowering is the oak? That’s always the question with these types of ancient whiskies, of which the Benromach 50 Years Old certainly is one. In this case, let’s just say I’ve had way more oak-y malts, but also some that stood up better to the wood. It’s not gone over the edge, but it would’ve scored even higher had the oak taken a tiny step back.

What remains is a wonderfully delicate, intricate and pretty complex Benromach, that rivals many of its parent company old Speyside releases. From an emotional standpoint, only the Cask No 1 surpasses it. If you’re a wealthy Benromach fan and money is no object, you can’t pass this up. For the rest of you — I’m sorry to say — there’s nothing to do but admire it from a distance.

Next
Tullibardine 2006 The Murray Marsala Cask