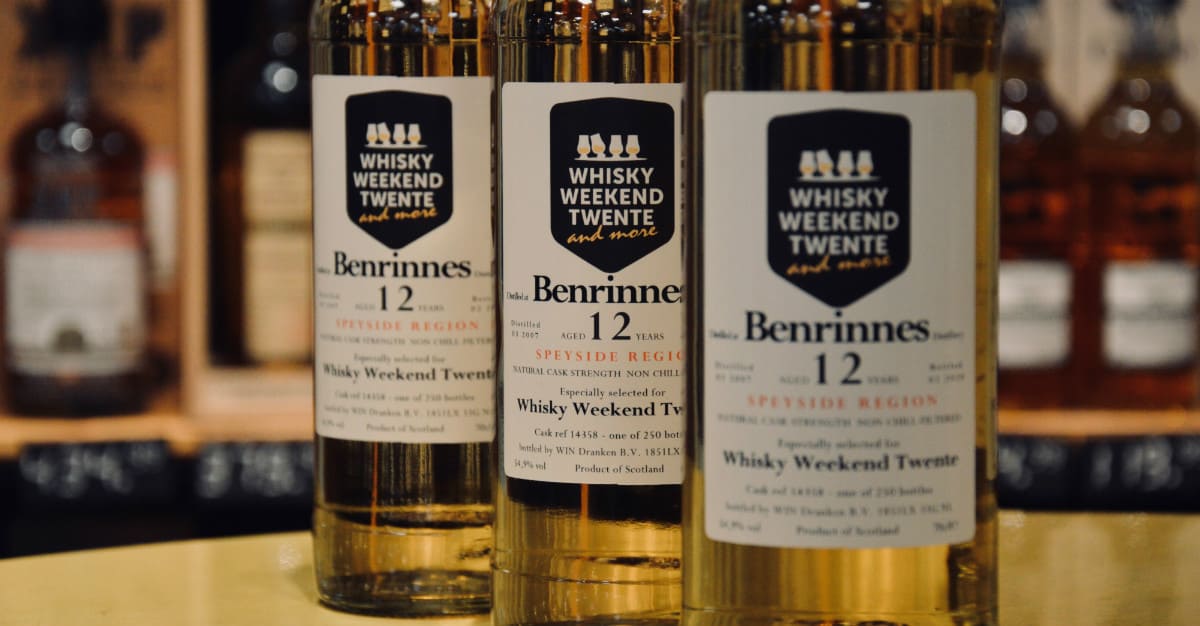 I don’t mean to make te coronavirus a recurring theme on my blog, but it almost can’t be avoided. In my previous post I couldn’t help but mention the cancelled Spirit of Speyside Festival, and now here I am reviewing another tainted release.

Apologies for that super negative way of referring to a whisky — one that brings to mind strange images of fake whisky or a poisoned single malt about to be consumed by some hero in a movie. “No, mister Bond, stay away from that Macallan 1962!”

What I should do, is view this particular release as something positive that has remained. ‘Omdenken’, is what we would call it in Dutch. ‘Flip-thinking‘ is the made up English term for it. So that’s how I’ll proceed, by flipping my thoughts.

This Benrinnes 2007 12 Years is actually bottled for Whisky Weekend Twente 2020, my local whisky festival that was supposed to be held mid-March, but wasn’t for obvious reasons. I’m glad this bottling made its way to the Netherlands and has now become a tangible piece of whisky history!

Nose: A touch of copper coins, followed by lemon yoghurt and sugar coated peanuts. There’s a whiff of red apple too, but it’s also slightly sweet ‘n malty, and there’s even a hint of crisp white wine.
Taste: A spicy and peppery arrival, that’s followed by hints sour beer, apple and oat cakes. It does benefit from water, highlighting a honeyed sweetness that wasn’t there before, as well as vanilla. But it also becomes a bit more astringent.
Finish: Medium and spicy, but ending on fruity notes.

Not a crowdpleaser but a bold choice by the Whisky Weekend Twente folks. I’m quite happy they picked this Benrinnes and went down a road less traveled. Good value for money too. Available from Het Whisky Huis.