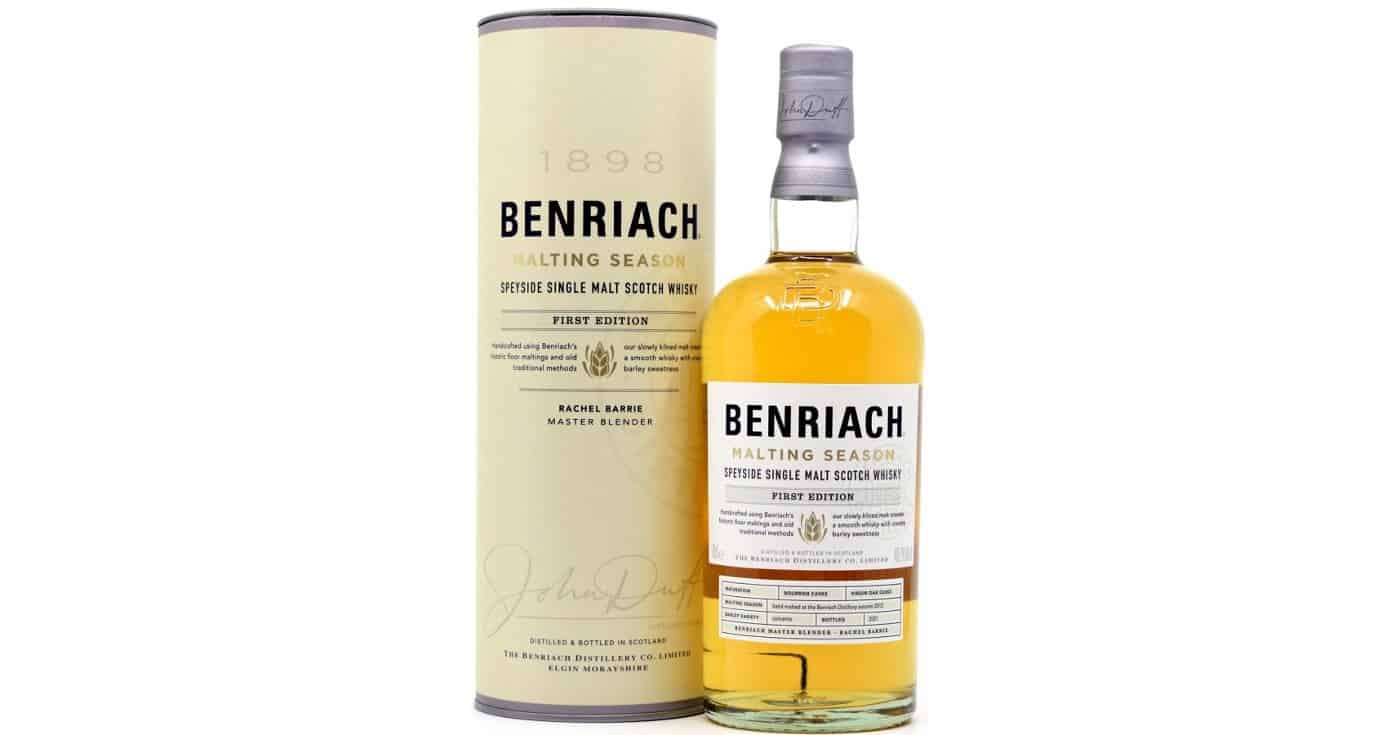 It’s interesting to see more distilleries highlight their production processes rather than mainly focus on the influence of oak. For example, Bowmore also plans to release a 100% floor malted whisky in the future, as distillery manager David Turner confirmed. They’ve been running annual batches of fully floor malted whisky since 2016.

“We’ve been maturing them in different types of casks. In virgin oak, bourbon barrels, oloroso and Pedro Ximénez sherry,” he once told me. “I would reckon that some of them will be good to come in the next one to four years. They’re quite intense but there’s a lot of promise and tropical fruit notes are dominant. I’m not saying this just because I made the decision [to distill these batches], but I think it was a really good one and will be great for our future.”

And then there is the massive project over at Glen Garioch, where they’ve not only reinstated direct-fired stills but are also in the process of reviving the floor maltings. Of course, smaller craft distilleries are looking into this as well, such as DunPhail Distillery (still under construction) and Lochlea Distillery (about to release their first single malt).

But does all this extra work pay off? Floor maltings are very labour intensive (at Glen Garioch alone they hired four extra workers) and would have to be massive to provide in an average Scottish distillery’s barley needs. It gives distilleries more control over the final product and floor malting has a lower carbon footprint than modern malting processes, which is a considerable advantage.

However, there’s always the question of whether it leads to a better whisky. Springbank is often named as proof. They malt all their own barley and their single malt is one of the most revered in the world. Then again, Bowmore’s core range is often criticised and doesn’t always seem to directly benefit from the floor-malted barley.

I think Matt Strickland, head distiller at Distillerie Cote des Saints and author of many fine articles and books, says it best. “Just like any kind of craft, it really depends on the talent of the craftsmen involved in the liquid’s manufacture. Archaic methods from times past won’t automatically produce liquid gold if the distiller doesn’t even know how to distill water. And we should always remember that good spirits come from both camps. Technology, just like the old methods it replaced, is not inherently bad.”

But okay, back to the matter at hand, the BenRiach Malting Season 2012. This first edition is matured in bourbon and virgin oak – 23 casks in total. All of them distilled on 2nd November 2012 yielding 6672 bottles in total.

Nose: There’s certainly a nice maltiness in the BenRiach Malting Season 2012, as well as a good amount of vanilla, which provides a base for stone fruits like peach, but also a tinge of sugar-coated strawberry as well as poached pears and baked apples. Finally a whiff of cooked broccoli and bran.
Taste: A decent mouthfeel with a fair amount of new oak as well as nutmeg and allspice, followed by baked bananas, crème caramel and mild notes of orange marmalade and apricots. Ending on a tinge of fennel.
Finish: Creamy with notes of yellow cake and banana, as well as lingering spices.

BenRiach Malting Season 2012 Conclusion
I don't know how many virgin oak barrels are in the mix, but they're certainly noticeable. While I already quite enjoy the BenRiach Malting Season 2012, I suspect I would've liked it even better had it matured in just (first-fill) bourbon casks. There's a fruitiness that's lovely, but the vanilla and oak can be a bit dominant at times.
8.5