We’ve been bombarded with an avalanche of outstanding mid-1990’s Ben Nevis. They’ve been praised relentlessly and have now become highly sought-after and generally very expensive as a result. More difficult to find either. The well seems to be drying up.

As a result we’re now seeing many other (and younger) vintages of Ben Nevis on the market as well. One such example is a Ben Nevis 2010 10 Years from indie bottler The Duchess, which is a label owned by Dutch retailer Best of Whiskies, the same people that hosted last year’s Blind Tasting Competition. Their new Ben Nevis is part of the brand’s Game and Wildlife series.

The twist here is that it was finished in a former Shiraz cask. From memory, I’ve not tasted a wine-finished Ben Nevis before. The only example that comes close is the Ben Nevis 10 Years Cask Strength Batch 1, but only because it was partly matured in wine casks. Contrary to most, I wasn’t much of a fan. I actually wrote to “remind me to avoid wine matured Ben Nevis in the future.”

That doesn’t bode well, but I’ll just have to ignore my own advice for now.

Nose: Opens up on some rather classic Ben Nevis dirtiness, which I always liken to copper coins and a certain sourness. A touch of white pepper as well, followed by a tinge of red berries and lychees. Finally a whiff of cooked apples.
Taste: Some peppery heat on the arrival accompanied by peanut skins and almond oil, as well as a tinge of shoe polish, biscuits and charred oak, followed by some strawberry ice cream.
Finish: Sour touches with a pinch of spiciness and red fruits. Ending on apple peels.

Mostly classic Ben Nevis with the added red fruits and heightened viscosity from the wine cask, but never overpowering. Even though it can feel a bit thin at times, this’ll be sure to satisfy those who like the peculiar, dirty Ben Nevis flavour profile. Available here.

Photo and sample by Best of Whiskies 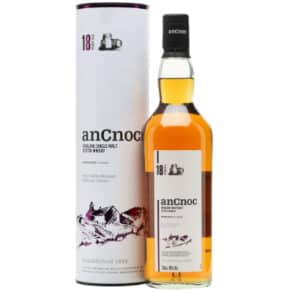 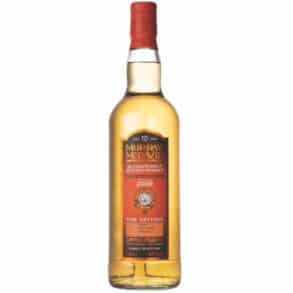