The Balvenie has discontinued its successful Tun 1401, which has been replaced by a series of annual releases under the name Tun 1509. The successor of the Tun 1401 was first announced in August and has now hit shops everywhere. The most noticeable difference  is the size of the marriage tun. Tun 1509 is four times larger than its predecessor.

The other important difference is in the makeup of the liquid. The first batch to come out of this new marriage tun is comprised of 35 American oak barrels and 7 European sherry butts. In comparison there used to be a bigger sherry influence in the Tun 1401. 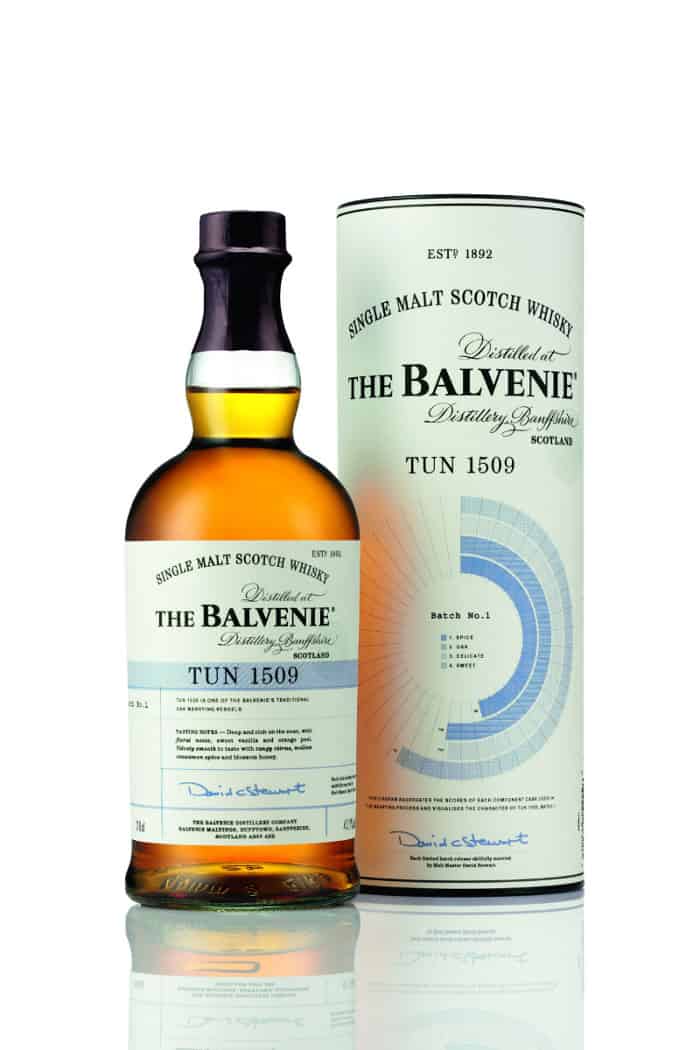 Nose: Sweet and warming, with also a light glue smell, in the distance some eucalyptus and also a noticeable oakiness. The sweetness expresses itself mainly through honey and sugar, but there is also some strawberry and cherry detectable. Some spices are here as well in the form of cinnamon and nutmeg. Citrus gives it some freshness to balance out the nose.
Taste: Lots of vanilla and oak, a slight bitterness even. Orange peel and tree bark. The honey from the nose returns, but more subtle now. Still some spiciness with again nutmeg, but also a minty quality.
Finish: Spicy at first, then fresher (apple) and then sweetness with a hint of smoke.

When I sit down to taste and write notes it is always a good sign when I’ve scribbled half a page of my notebook in merely a couple of minutes. There is a lot to discover in this vatting. A nice complex whisky that is also very well balanced.