Happy New Year to you, my dear reader! I’m so glad you decided to join me in 2021 as well. It doesn’t need saying, but let’s hope we’ll all fare a little better over the coming 12 months. Even though it wasn’t a bad year for me personally and I have much to be thankful for, I also can’t wait to leave the COVID experience behind me. But first, I’ll quickly return to that much maligned 2020 with a duo of single malts from Balcones, commemorating The Greatest Whisky Festival That Never Happened.

Due to a variety of reasons I’ve never attended the Whisky Tasting Festival (yep, WTF) in Utrecht, which is the festival referred to above. I was finally supposed to go in September, but like so many other festivals around the world, it was cancelled due to COVID-19. Fingers crossed we’ll all be able to visit the upcoming edition of the festival, which will be held on September 18th in 2021. Supposedly, it is one of the best festivals in the Netherlands, and I’d like to find out for myself. If it even comes close to the Whiskybase Gathering, that’d be quite the accomplishment.

Without wanting to shortchange the rest of the organisers, I’m convinced an important chunk of the credit for the success of WTF goes to Norbert Tebarts. Not one to talk himself up, I’ve no problem doing that for him. Norbert is a fantastic example of why it’s so great to be a part of the (Dutch) whisky world. Loyal and generous, he’s an indispensable member of our community. He’s shared numerous great whiskies over the years (including the best one I’ve ever tasted) and has become the foremost Dutch authority on American whisky. Check out his website (in Dutch)—he has many great online tastings planned.

Instead of doing what most Dutch festivals do, Norbert didn’t bottle a young-ish single malt from Scotland. He chose two single cask releases from Balcones. Because of his good relationship with Balcones (he is their brand ambassador in the Netherlands) he was allowed to come up with his own customised labels. It’s turned into quite the good-looking duo. One has aged in American oak (for 43 months), the other was finished in a Balcones rum cask (total maturation of 45 months). Both are bottled at an imposing strength, but go down surprisingly easy.

Nose: Notes of fresh oak and orange liqueur, as well as honey and and red apple skin. There’s a light floral touch and some candy-esque notes, as well as some dark caramel. Finally, some butterscotch and quinces—even some chalk.
Taste: Oh god yes! Such a creamy, sticky mouthfeel with a vibrant fruitiness. Oranges and pickled lemon mainly, after a quick hit of menthol. Mush bananas too, as well as some cracked black peppercorns. Water brings out a notes of cough syrup.
Finish: Warming with lingering spices and caramel-glazed apple. Long.

Nose: Apple compote and cinnamon with fresh oranges, rosewater and a touch of juniper and pine needles, but also processed sugar and some chalk. Finally, a whisper of cherry syrup and pralines.
Taste: The rum finish is prevalent, overshadowing some of the fruity qualities that made the American oak matured release stand out. Somewhat drying and a tad oaky, there’s also caramel, cocoa powder and rhubarb.
Finish: Funky-ish with lingering spices.

While both are good, it’s the American Oak release that truly stands out to me. It’s a knockout. I’m a sucker for big, fruity single malts, and it certainly fits that bill. Comparatively, I feel the Rum Finish doesn’t do the spirit justice entirely, even though it’s a wonderful sip on its own and I’ll gladly finish my bottle. 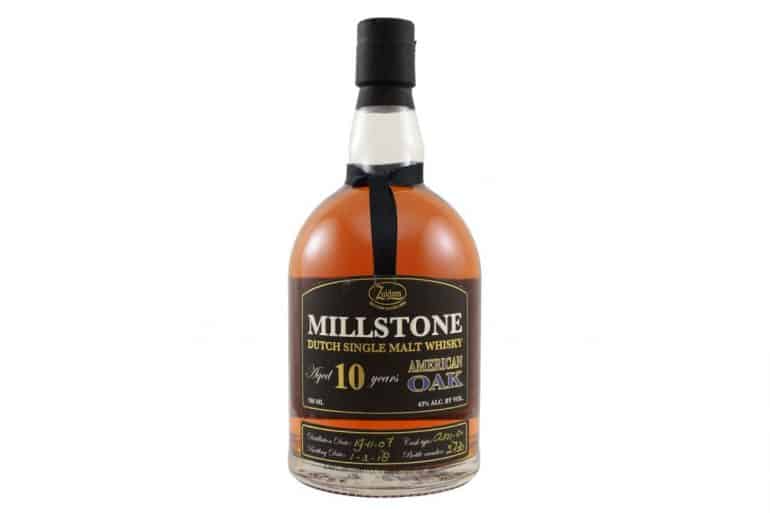