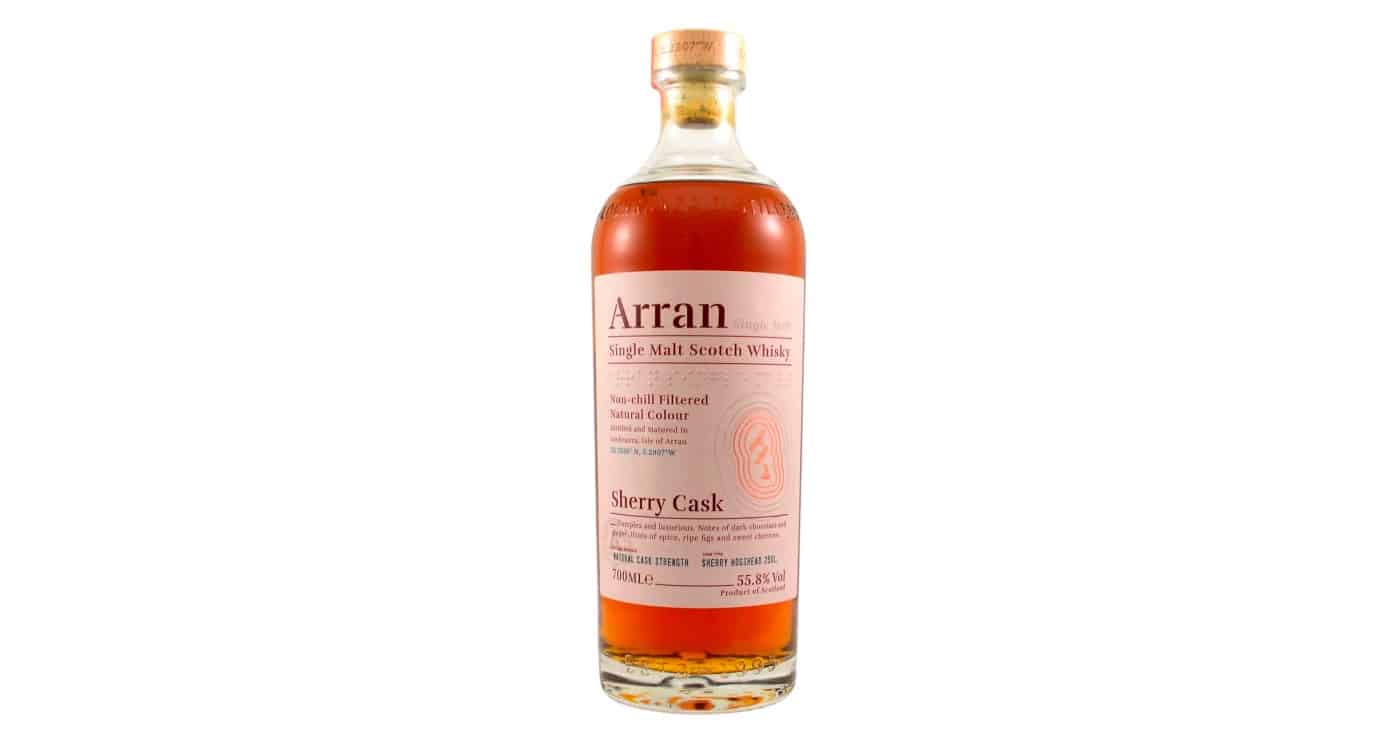 The Arran Sherry Cask was added to this distillery’s core range in autumn 2019 and has been on my to-taste list for a while now. That’s about to happen finally. It’s also referred to as The Bodega, although that nickname is nowhere to be found on the label or packaging. (Unless there’s something wrong with my eyes.)

There’s a long tradition of high strength, sherry matured NAS single malt in Scotch whisky. One of the earliest (if not the first) was the Glenfarclas 105, launched in 1968 and said to be the first cask strength bottling in the core range of any Scotch whisky distillery.

Another is the Aberlour a’bunadh, which is inspired by a time capsule found by construction workers when the second pair of pot stills were installed during 1975. It contained an 1898 newspaper about the distillery fire wrapped around an 1898 bottle of Aberlour. The workmen who discovered the bottle polished of most of it, but the remaining liquid was sent to a laboratory. The a’bunadh is an attempt to recreate this single malt.

Conclusion
The nose was quite friendly and almost docile for such a high strength whisky, but the palate of the Arran Sherry Cask more than made up for it. Lots of spices and less of that fresh fruitiness and almost floral quality. Almost a little too much.
8.1