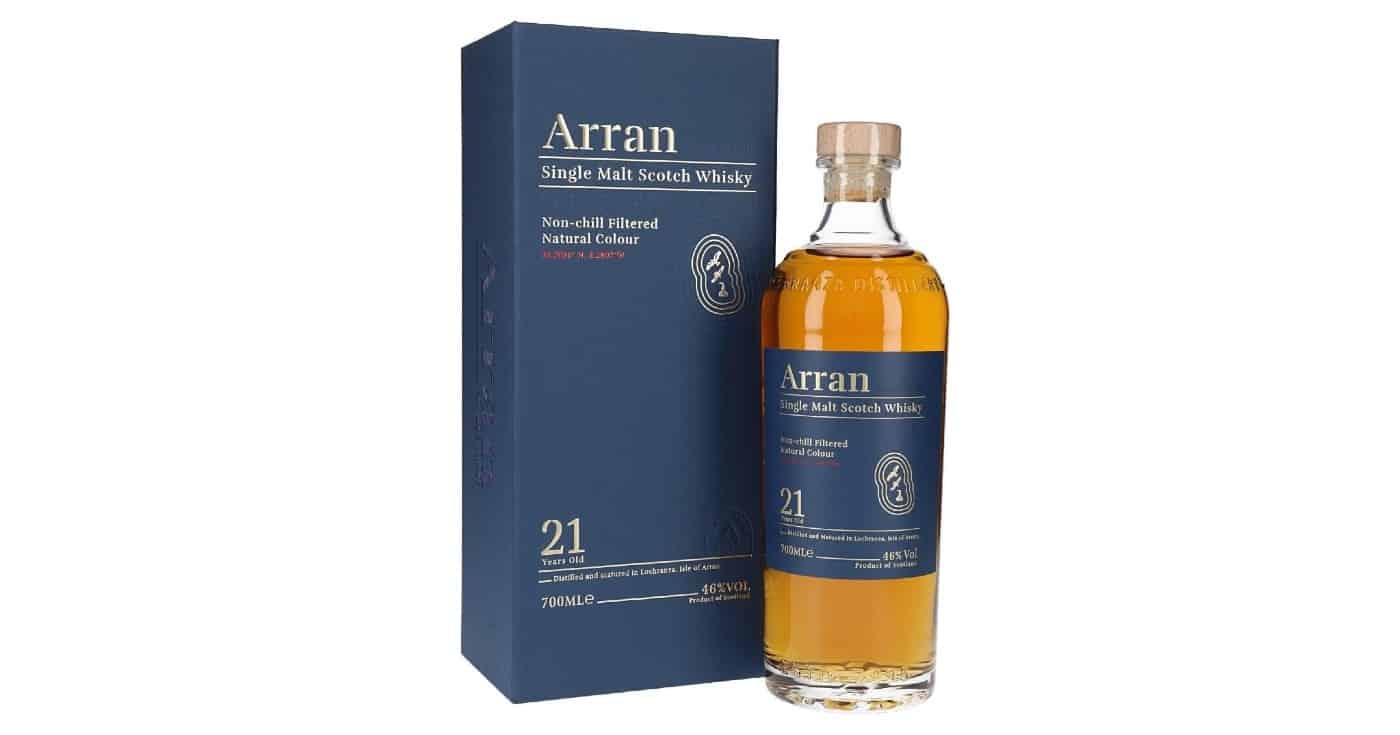 Whenever I think of Arran, I can’t help but think of the amazing Miss Black bottling from *gulp* eight years ago. I’ve probably built it up in my mind, but after such a high relatively early on in my journey with Arran, it’s becoming increasingly more difficult to find one that comes close. Maybe the Arran 21 Years provides a solution?

It’s probably not fair to put that much pressure on a core range single malt bottled at reduced strength, but I can’t help what my frame of reference is. And regardless, I’ve a fondness for the distillery and their output. The distinct citric note that often shines through is a highlight. I’ve come to enjoy cloves, and the often found cereal touches are always a plus.

What kind of muddled the Arran experience for me is their penchant for releasing countless single casks. I love a good single cask, but some moderation on the part of the distillery is desirable. Especially in the early and mid 2010s they bottled dozens and dozens of them. Part of the problem was their Private Cask programme. They’ve sold so many of them to private individuals that the market became flooded with single casks.

To be honest, I’ve barely bought any Arran in the last five years or so. All those single casks – some really good, most average – made it so that I didn’t know which one to spend my money on. So, I didn’t spend any. Instead redirecting my cash elsewhere. But I think I’m ready to dive back into the Arran. Especially now that the distillery can comfortably release whisky that is two decades old. And relatively affordable too.

You can find the Arran 21 Years for roughly 150 euro, which is fairly decent for an official bottling of that age, especially one that fully matured Sherry butts.

Nose: Rather fresh and zesty with a subtle sherry influence. Tinned peaches, dried apricots, orange peel and hazelnuts. There’s a touch of fennel and crème brûlée, as well as some floral notes.
Taste: Gentles spices (cloves, a thin veneer of ginger) and a hint of tannins on the arrival, quickly followed by a friendly fruitiness which is highlighted by lemons, peaches and passion fruit. Finally a touch of aniseed.
Finish: Mostly syrupy fruits with a touch of tarragon and some dry oak.

Conclusion
Maybe a little too oak heavy on the palate, but the fresh, fruity Arran spirit does its best to keep its head above water. While 100% sherry matured, this Arran 21 Years strikes a neat balance between distillery character and cask influence.
8.7