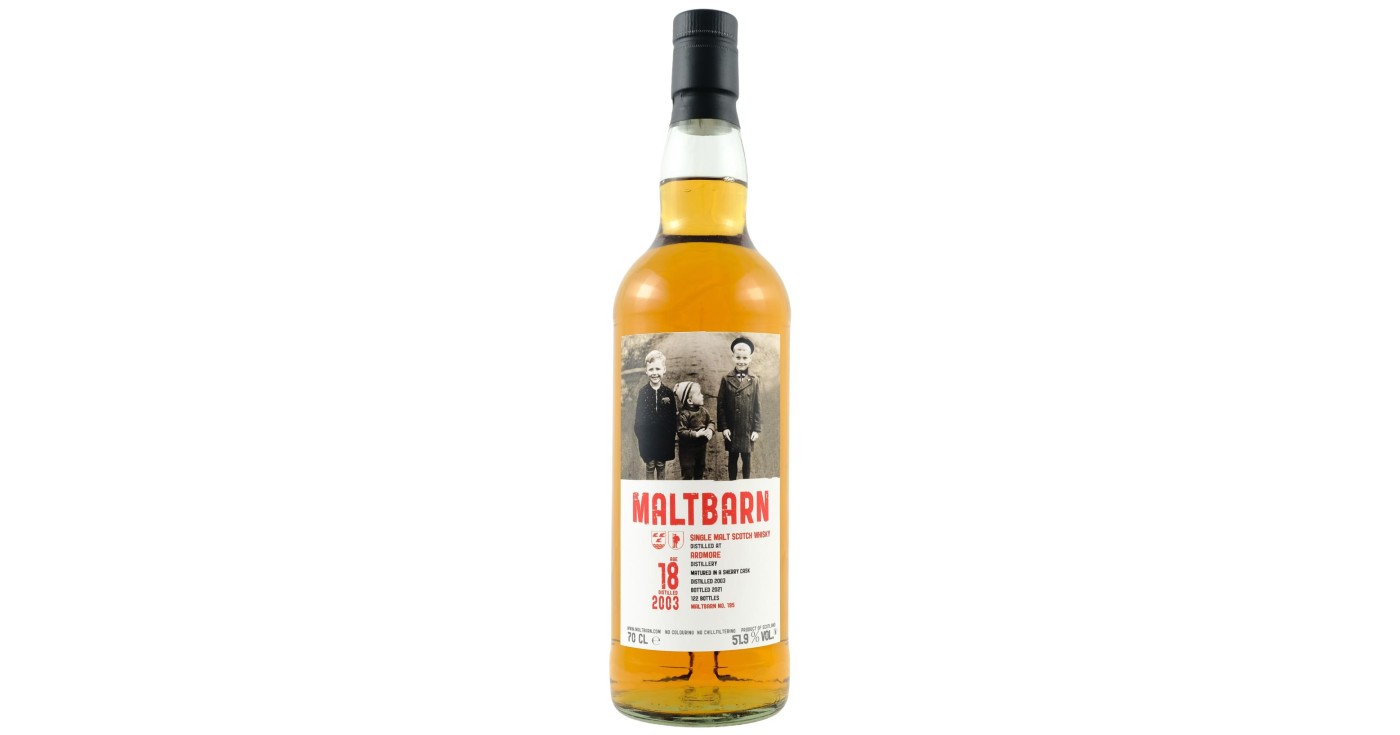 There’s Ardmore, a distillery I’m quite fond of. And then there’s Maltbarn, an independent bottler with a great reputation (that I’ve probably not featured enough). Should be a winning combination, but there’s no guarantees in life. The proof is in the pudding, or so they say.

But what is it about Ardmore that really speaks to me? I’ve previously talked about the importance of having an emotional connection to a brand or distillery, and how it adds massively to my personal enjoyment. It doesn’t objectively make a particular whisky any better, but it can make for a certain je ne sais quoi. For example, Benromach and Pulteney are brands that always evoke something extra for me. That’s because they were sort of early whisky discoveries for me, and I’ve subsequently had enjoyable experiences at the respective distilleries.

But Ardmore… I don’t know what it is. I’ve never been to the distillery, couldn’t tell you much about it either. They’re owned by a global drinks company. And they’re not exactly small either, producing up to 5.4 million litres of alcohol per annum. Yet, I often view them as an underdog. As a bit of a secret that not many people know about. Maybe that’s what appealing to me.

Of course, it also helps that truly all my experiences drinking Ardmore have been positive. This is a distillery with a very high ceiling usually not dropping below a certain threshold. And it has a flavour profile that’s pretty unique for the Scottish Highlands. Sort of an industrial smokiness, but never coastal or medicinal. Not very modern, but in the best sense.

The Ardmore 2003 18 Years from Maltbarn has been made after the distillery switched from coal-fired stills to steam-heated stills. I’ve never done an in-depth vertical comparing spirit from before and after this change, and wouldn’t be able to tell what kind of impact it has had on the characteristics of Ardmore. However, I will say that it at least doesn’t seem to have had a negative impact on this Maltbarn release, which is exquisite.

Nose: Not much in the way of smoke, just a tinge of bonfire and charcoal. Mostly this centres around waxy notes, hessian, milk chocolate and cigar boxes. It’s totally farmy with some subtle fruits in the background – think peach, lychee and orange marmalade.
Taste: Certainly more of a peat influence on the palate. Industrial, earthy and with some tar as well. Also white peach, nectarines and a pronounced oiliness. A tinge of lemon too.
Finish: Waxy, a good amount of soot and subtle phenols. Long.

Conclusion
A single malt that checks all boxes. Why is Ardmore not more ARDmired? (Sorry about that.) This distillery shows time and again that it is ready for primetime. Is there an investor out there willing to back me, so that I can free Ardmore from its current owners? Beam hasn't done anything imaginative with Ardmore since they bought the distillery in 2006.
9