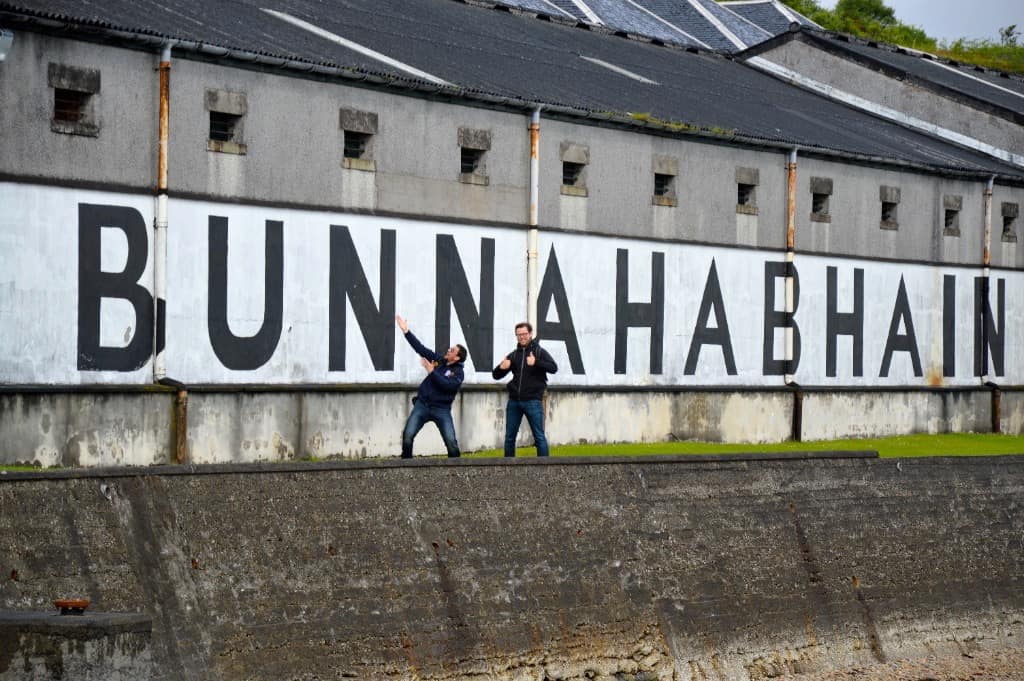 I remember it like it was yesterday, even though it’s been six years already. Six months removed from my first ever visit to Scotland, my whisky obsession became somewhat incontrollable. I had already joined a local whisky society and became involved in a few online whisky forums. That wasn’t enough though. I just had to find another—better—outlet.

That’s all because of this blog. Words of Whisky is and will always remain independent and purely a vessel for me to share my reviews and experiences. I do not make money from this blog and I don’t plan to. But Words of Whisky did allow me to carve out a nice little corner of the whisky world in which I write about our favourite spirit for other outlets and actually get paid for it. If you’d had told me six years ago that I’d quit my job to pursue a career as freelance journalist and whisky writer… Well, I don’t know, but that’s exactly what happened. Words of Whisky holds a dear place in my heart because of what it represents to me.

The past year has been pretty good numbers wise, with just over 95.000 visitors. Easily the most popular post, as it has been for years, is the one about the true age of the core range of Glendronach. Not surprisingly, that one is closely followed by my mass review of all eight Game of Thrones single malts. As a big fan of Benromach, I’m very glad to see that my posts about the new Benromach Cask Strength and the Benromach 2010 Peat Smoke Sherry Cask are in the top 20 for 2019 as well. In general, posts about Macallan and Octomore seem to do well.

But enough musings about Words of Whisky. Time for some whisky! Usually I try to get my hands on something very exclusive and rare to celebrate the anniversary of this blog. In the past I’ve done Port Ellen, old Speysiders, 1950s Glen Grant and the oldest ever Caol Ila, but one year I just decided to go with the cheapest of blends. I’m doing something different again this year, as I’m finally reviewing an overlooked staple.

Bunnahabhain 12 is—in my opinion—one of the best entry-level single malts in the world. I don’t think it quite reaches the heights of Kilkerran 12, Ben Nevis 10 or Benromach 10, but it’s certainly up there. However, just a review of the current Bunnahabhain 12 does not suffice for an anniversary, so I dug deep in my sample drawer and found two older versions. One from the mid-2000s, but most impressively also a Bunnahabhain 12 bottled in the mid-1970s. Put those three together and that’s a lineup worthy of the 6th anniversary of Words of Whisky.

WAIT! I almost forgot, but the picture at the top of this post deserves some explanation. Obviously it is a picture of Bunnahabhain Distillery. This was taken in 2014 during what was my most memorable trip to Scotland so far. I’m the idiot with his thumbs in the air, the other guy is my buddy Chris. Together we set out on a pilgrimage to Islay, Arran and Campbeltown, joining an epic sailing trip on board the tall ship Thalassa.

Our voyage to Bunnahabhain easily left the biggest impression of all our time spent on the Atlantic, but not for the right reasons. We departed at Bruichladdich and sailed clockwise around Islay towards Bunnahabhain. Upon reaching the Sound of Islay, the sea got rougher than I could handle. I puked my guts out. And so did my buddy and 50 percent of everybody on the ship. That’s probably why we’re acting like halfwits in this picture—we were just so happy to be on solid ground again!

Okay, sorry for the interruption, you can read my reviews now… 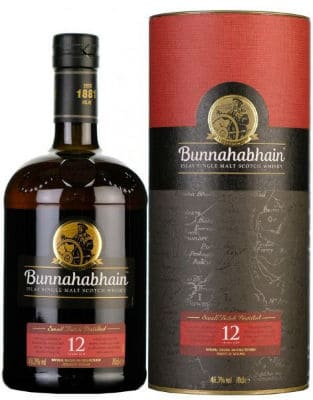 Nose: Red grape juice, marzipan and candied oranges, as well as a touch of caramel, ripe banana and vanilla custard. There’s a whiff of oak shavings as well, but very subtle. Slightly farm-y even.
Taste: Caramel and a whiff of smoke, accompanied by tannins and a nice amount of spices, like nutmeg and cracked black peppercorns. Notes of sweet dried fruits as well, with a subtle nuttiness. Full-bodied.
Finish: Lingering spices. Dark caramel. Charred oak. 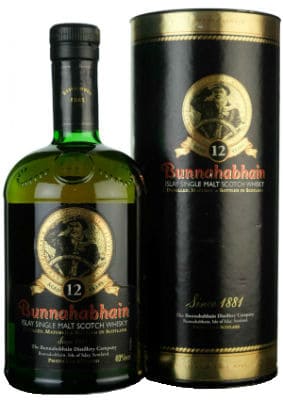 Nose: Comparatively bright and grassy, with a light caramel note and lemon yoghurt. A touch of sultanas, as well as vanilla and marzipan. Finally a whiff of red apple parts.
Taste: A touch of smoke, but also loads of caramel accompanied by some subtle spices (cloves and pepper). Toasted almonds as well as peanut skins. Slightly tannic as well.
Finish: Lingering caramel, spices and oak. 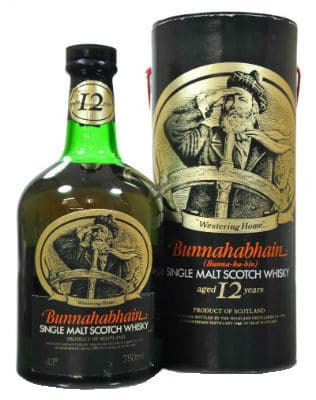 Nose: Very gentle and delicate with notes of honey, leather and damp oak, but also a luscious chocolate and dark caramel influence. Very complex, as now we’re getting into strawberry and maraschino liqueur territory, as well as red apple. Finally some soy sauce, rancio even. Really impressive.
Taste: Hints of peat and old wood, as well as burnt caramel, plums, tobacco leaves and ground coffee beans. A distinct note of triple sec. Some nice spices and a whiff of furniture polish as well, this is quite full-bodied.
Finish: Lingering spices and tannins. A whisper of smoke.

Some type of caramel and a whiff of smoke seems to be the thread that bind all three together. But while they unmistakably share DNA, there’s a significant difference in quality between the three.

First of all, I’d much rather conclude that the modern Bunnahabhain 12 offers the highest calibre whisky, but that’s just not the case. The 1970s bottling outclasses the two Bunnahabhain from this millennium. The nose is so much more complex and the palate simply offers better balance.

However, I’m glad to see the new Bunnahabhain outperform the bottling from 15-odd years ago. It’s not just the higher abv, as both whiskies are rather bold and full-bodied. It’s simply that the Bunnahabhain from the 2000s is more one-note and a little out of balance.

Overall a very fun and educational experiment. Keep up the good work, Bunnahabhain!