Hey folks! Guess what? I’ve been doing this blogging thing for four years already. I know, this is far from the oldest whisky blog, but still! So time for another anniversary post. I’ve done a few of those already.

But first I’d like to reflect a tiny bit on the past twelve months. It’s been roughly a year since I quit my job and started working as a freelance spirits writer. For those of you who don’t know, writing is something I’ve been doing professionally for close to 10 years now. So when I was looking for a new challenge, something to keep my career interesting, it seemed only logical to give this writing thing about whisky (and other spirits) ago.

I must say, it was the best decision ever to quit my comfy job. Now whenever I’m working, I’m really not. Because hobby and my passion, it became my work. And vice versa. I reflected a bit on it at the start of the Blind Tasting Competition too. I did not expect to like being an independent contractor as much as I do, but being completely responsible for myself really suits me. I’m happy with the progress I made in the past year, and can honestly say I look forward to writing about whisky (and yes, other spirits too) for the rest of my life.

But back to my blog, and its fourth anniversary. I have quite some interesting stuff to choose from for a post like this. There’s a Karuizawa somewhere in my sample drawer, as well as a 1930s Royal Lochnagar. Some other things as well. But when two packages arrived shortly after one another, both containing what are modern classics for sure, my decision was made for me.

The chaps from Archives, as well Jens Unterweger from Whisky-Fässle sent me a sample of their latest release, a whisky from the Speyside Region, distilled in 1973. Both have matured in an ex-Fino sherry casks, and promise to be absolute fruit bombs. Let’s have a look, shall we?

Nose: A sliver oak, and also some fresh ginger. But let’s not kid ourselves, this is all about the fruit. Lots of fresh orange peel, pickled lemon, apricots, and a hint of grapefruit. There’s an attractive layer of beeswax and honey, as well as some furniture polish and a wee bit of sweet porridge.
Taste: Quite oily. Some bitter grapefruit, and lemon peel too, as well as tinned pineapple. Somewhat herbaceous (fennel), and a pinch of white pepper and cardamom. A touch of wood, sitting right on the edge of being too woody. Finally some menthol.
Finish: Medium to long, with tropical fruit and some wood spices.

Nose: Incredibly fruity. Similar, but maybe even more expressive than the Archives bottling. Lots of citrus, mainly orange peel, but also a bit of lemon zest. Then there’s apricot jam, pineapple and peach. Also honey and beeswax. Incredible stuff.
Taste: Very creamy, and then the fruits arrive. Passion fruit, tangerine, mango, some papaya, but also bitterness from pink grapefruit. Soft spices, cinnamon. There’s a touch of maple syrup, and some wood tannins too.
Finish: Long, with lots of fruit, and a slight woody bitterness.

Highly enjoyable, fruity, complex whiskies. I found the Whisky-Fässle a tad fruitier, hence the higher score. From what I remember, both have a mildly heavier oakiness than those two excellent casks that Archives released earlier this year. These types of whiskies are a must-try if you ever get the chance.

Samples provided by Whiskybase and Whisky-Fässle 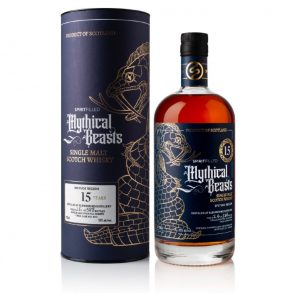