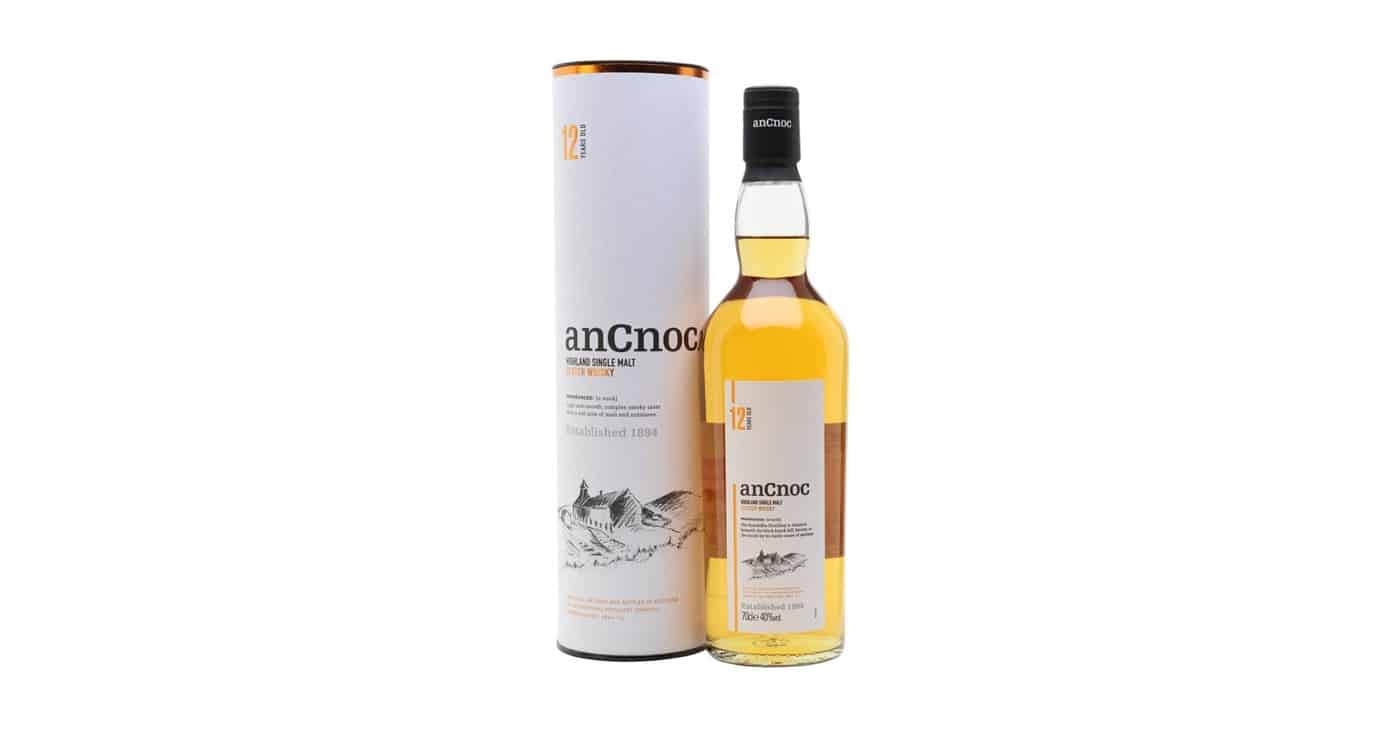 I’ve written about Knockdhu in a recent review of an independent bottling, but have actually not spent much time exploring the distillery’s core range yet. Let’s take a look at their flagship single malt, the anCnoc 12 years.

It’s been mentioned before but warrants mentioning again. AnCnoc is an overlooked brand, much like Knockdhu is an overlooked distillery. Situated on the edge of Speyside it’s not often first on the list of tourists, even if it maybe should be.

The distillery has lots of quirks, not the least of which (and I hope he doesn’t mind me saying this) distillery manager Gordon Bruce. He’s certainly one of the more interesting characters to run a distillery. I talked to him late last year for an article in a Dutch whisky magazine. I’ll share some of his quotes here as well.

A quick side note on yeast: “It’s not just the style of [distillery] but how you use it as well. We’ve seen a fantastic development with yeast in the last few years. With old-fashioned distiller’s yeast you could run your fermentation to about 33 degrees Celsius. The yeast would get heat-stressed and stop working. We now have new yeast to play with and we can run our fermentations a lot warmer. The warmer you get, the higher the gravity and the more esters you get.”

On the horizontal shell-and-tube condenser: “These things are designed to be fitted vertically, but we didn’t have the height to do that here. So, for giggles and shits we tried to put it in on the side to see if it would work. And it did.”

“It’s had a positive impact on the flavour. We put the distillery on a single man production in 2006, as well as a seven day production. Because everything was happening a lot quicker and we’re doing more mashes per week, the spirit became slightly heavier. The shell-and-tube condenser made the spirit more similar to the pre-2006 era when we produced just five days a week. A small change, but a positive one.”

On his staff: “We do most of our repairs in-house. So [the distillery workers are] not just making whisky, it’s fixing mechanical seals, changing bolts, maintenance repairs, whatever needs to be done. They have a sense of ownership. The distillery belongs to us, I don’t care what Inverhouse say. They don’t really own it.”

Nose: Opens up on notes of honey and sweet barley husks, as well as a touch of lemon zest, chalk and warm butter. That’s followed by apple skin and an assortment of white berries. Finally a candy-esque touch of marshmallows.
Taste: Somewhat sweet and rather easygoing with plenty of similarities to the nose. Some chalk, but mostly barley husks, lemons and also some bitter grapefruit this time around. There are some oak spices as well, but they are kept in check.
Finish: Short to medium with some vanilla custard, pears, wood and chalk.

Conclusion
Certainly richer and with a fuller body than you might expect at 'just' 40 percent, but the low abv does mean a somewhat shorter finish. Overall the anCnoc 12 Years is a perfectly fine, affordable single malt, but it also feels like there's so much more potential there.
8.1