A Quick Vertical Of Glenfiddich

If you ask 100 people what their first malt whisky was, I think Glenfiddich would win, hands down. For whatever reason (probably because it’s readily available and fairly cheap) Glenfiddich is the brand that introduced a lot of people to the joys of whisky. It’s decent entry level stuff, but not very exciting, which also means that once you progress in your whisky adventure, Glenfiddich quickly loses its appeal. I don’t know of any experienced whisky drinker who would list Glenfiddich among his favourite distilleries. I certainly wouldn’t.

The other week I attended a Glenfiddich-tasting. I don’t exactly know what my first malt whisky was, but Glenfiddich has to be at least one of the first. I didn’t expect a life changing event (I turned out to be right), but I went anyway because I thought it would be fun to go back to my roots, so to speak (I was right about that one as well). Since a public tasting is usually not a good place to make extensive notes, you’ll have to do with a short remark and a score for every whisky tasted.

But before we continue to my quick notes, I’d like to compliment the format of this tasting. Normally I like a tasting to be just that: a tasting. I don’t like to be tired with endless anecdotes, since only a handful of people are funny and witty and interesting enough to really captivate an audience. But since this tasting was hosted by Glenfiddich Brand Ambassador Tony van Rooijen, some talk about Glenfiddich was to be expected. And the way he did that, was pretty cool.

Tony used a big screen to virtually navigate us tasters through the distillery. It really had an added value. I’ve actually visited Glenfiddich, but I learned more about Glenfiddich from Tony and his virtual tour than I did during an actual tour. Apparently brand ambassadors across the world have been using the virtual distillery tour for years, but this was the first I ever heard of it. I found a short movie of it on YouTube. You can watch it below.

Enough compliments for the virtual distillery tour, time to move on to the whiskies. Let’s see if they are deserving of compliments as well. Here they are in the order that they were tasted. Ratings are in parenthesis.

Glenfiddich 12yo (75)
A vatting of 90 percent bourbon casks and 10 per cent European oak. Bottled at 40%. Pear, tropical fruits and vanilla. An easy, unchallenging  whisky without much depth.

Glenfiddich 18yo (81)
A little more sherry influence here, with 20 per cent Europeans oak casks used for this particular whisky. Bottled at 40%. Apples, nutmeg and raisins. A bit more flavour than the 12yo, but still watery. Lacks power.

Glenfiddich 21yo Caribbean Rum (83)
This one is also bottled at 40% and it has had a rum finish of about three months. Vanilla, pineapple, plums and a bit of pepper. Dry, spicy palate and a medium finish. Pretty good this one, except that for this price (about 115 euro) you can get two bottles, both of which will be better than this one.

Glenfiddich 15yo Solera (82)
Again, bottled at only 40%. Honey, vanilla, chocolate and spicy as well. A warm finish with some oak notes.

Glenfiddich 15yo Distillery Edition (84)
Hooray! This one is bottled at 51%. That makes a difference. Finally some more power. Red fruits, cinnamon and a nutty flavour as well. A sweet finish with honey and some apple.

Glenfiddich 14yo Rich Oak (83)
Were back at 40%, but the finish in new European and American oak casks does give this one a bigger punch. Fresh with apple, pear and oak. The tannins make for a drying mouthfeel. The finish leaves a pleasant woody flavour.

Glenfiddich 8yo, 1963 Replica (85)
This is a special whisky that isn’t commercially available, and is only poured during certain official tastings. It was constructed using an old recipe from the Glenfiddich archives. Bottled at 62%(!). Raisins, spices and apples. And a sherry undertone. A long, dry finish with cinnamon and lots of oak. A step up from the whiskies previously tasted. Makes you wonder why they don’t make it like this anymore.

Conclusion
What I take away from this, is that I’ve outgrown Glenfiddich. They make decent to good whisky, but they also make it for mass consumption. And when it comes to whisky, I’m not the average consumer. If I had to point to one whisky that is worth the buy, than it’s the 1963 replica. It would be really cool if somewhere in the future they decide to officially release that one. 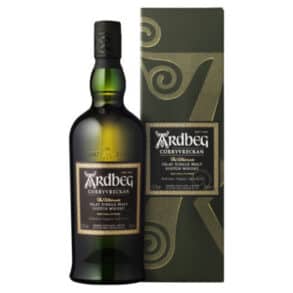