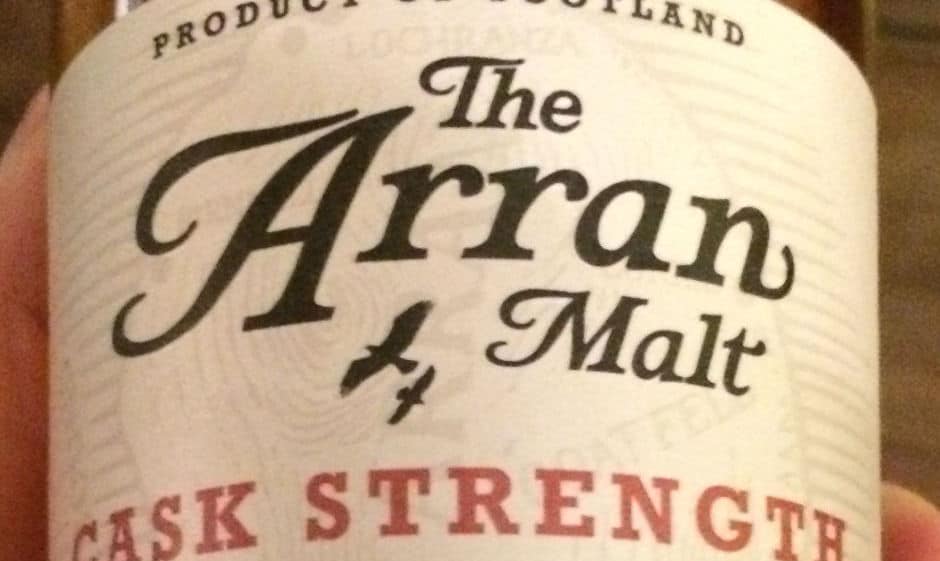 As I promised eight days ago, here are some more tasting notes on Arran whiskies. Why so many from the Isle of Arran? Because recently I had an Arran-tasting with my local whisky club. I’m not very familiar with expressions from Arran, but I know it is a well respected malt from a young distillery. Some good whisky friends are big fans, hence the recent tasting.

The first three I tasted failed to really impress me. The standard 14yo was the clear winner, but it’s not a whisky that made me run to the shop. The last two were batch three of the 12yo Cask Strength, and a single cask distillery bottling from 1996, also bottled at a higher abv. That at least made me confident that this duo would be of a higher standard. Nose: This is subdued. Difficult to pick up aromas, because it stays closed even with a bit of water. I do pick up on some apple, banana and mandarine. There’s also some raspberry.
Taste: Some raspy wood, with grass and green apple. Give it some time and you’ll also get toffee and butterscotch.
Finish: Not a very complex finish, but it does have a lovely pear note that lingers on for a very long time. Nose: As far as cask strength whiskies go, this one is certainly not as overpowering as you might expect. Not to say this is weak like the single cask #545, this just seems well-balanced. Some nice dried fruits and some burnt wood. Some caramel and tangerine accompany a malty aroma.
Taste: Some nice oak flavours to start. Again, this is a very mild and subtle whisky. Some toasted coffee with nice dark chocolate. Also some citrus and orange next to some green apples.
Finish: Medium-length with malt, orange and caramel.

Conclusion
The 12yo CS has a significantly better nose and a slightly better taste. I like the finish of cask 545 better. But overall the 12yo CS wins this one, and that’s without considering the price difference. Depending one where you buy your whisky, the single cask is almost twice as expensive. Simply put: the 12yo CS is one of the best ‘bang for your buck’-whiskies out there.