Nick Morgan, head of whisky outreach at Diageo, has been criticized heavily in the online whisky community for comments he made a couple of weeks ago on No Age Statement-whisky. His comments were posted on the blog of The Whisky Exchange and they raised questions. Today he answers some of those questions on Words of Whisky.

Before you read any further, be sure that you’ve read the original blog post that swept whisky fora, Facebook and Twitter. Because this blog post is essentially a follow-up to that one. Read it here, and then quickly come back to finish reading this post 🙂

So far I’ve kept away from the whole NAS-discussion. It seems to be a wasp’s nest: however thoughtful you think your comments are, someone is always bound to be offended by it. When NAS is the subject, all politeness quickly goes out the window, and often a debate ends in a shouting match. It felt senseless to inject myself. Plus I don’t think I have anything new to add. Everything has been said, and probably more eloquent than I could’ve said it.

When Nick Morgan’s comments were posted on the blog of TWE, hot-headed discussions started everywhere on Twitter and Facebook. And plenty of fellow blogger felt compelled to write scathing articles on the ‘outrageous’ comments by Morgan. Again, I didn’t feel like I had much to add. But Morgan’s comments did make me curious. So I left a comment under the original blog post. This is what I wrote:

In essence Mr. Morgan says that the negative feedback comes from ignorant people. And then he continues to say it is regrettable that the bond of trust between consumer and producer is broken. Well, this is not the way to repair it. In the meanwhile he explains NAS-whiskies are born out of necessity, which I interpret to mean that Diageo would’ve rather stuck with age-statement whiskies. So why then judge consumers for criticizing a product the company itself would’ve avoided if it at all possible?

It sums up pretty well how I felt after reading the piece. Not long after posting that, I figured: why not just email Nick Morgan and ask if he would care to elaborate on his comments? So I did, and I was pleasantly surprised to receive a reply (via Diageo’s PR division) just hours later. In it I was promised that Morgan would answer my questions. It took him a couple of weeks, but some days ago I indeed received his answers. Curious what more he had to say on the subject? Me too! So quickly read on!

Big Brother is watching
One of the first things Morgan wrote back to me, was fairly interesting. We often wonder whether or not big companies like Diageo monitor blogs and social media. Morgan stresses that they do. “Some may find it hard to believe, but we actually spend a lot of time reading the comments and hearing the thoughts of whisky enthusiasts on various online platforms, and we often take what they say very seriously.”

Now on to the matter at hand: No Age Statement-whisky. In his comments on TWE, Nick Morgan talks about intemperate and ill-informed views that are inserted into the NAS-discussion. The writer of the piece than adds that a lot of the comment is driven by hot-headed ignorance. So what ill-informed views is Morgan talking about? And if those people don’t understand the workings of the whisky industry, what is it that they don’t understand?

Intemperance and anger
In short, Morgan simply looks at whisky as one category with several divisions, but all of them are inextricably linked. “If people only view the Scotch whisky category through the rather myopic lens of a single malt whisky enthusiast, they will simply fail to appreciate how our category really works”, Morgan says. “They won’t understand (or will refuse to acknowledge) the critical synergies between malt whisky and grain whisky production, the inexorable connection (both in terms of quality and production levels) between single malt production and Blended Scotch Whisky, which continues, and will continue, to dominate the category in terms of sales, distribution and popularity.”

Morgan feels that without taking account of this angle, most people will not have a fully-formed view or understanding of Scotch whisky today. “Their comments and observations are the weaker for that. And frankly, intemperance and anger (of which I sense a lot on some of the social media platforms) are poor ways to frame an argument.”

Consumer trust
But whether or not people have the same understanding of the market as he does, the bond of trust between consumer and producer is faltering. Morgan addresses this issue in the TWE-piece. He finds that development ‘very regrettable’, which seems a strange sentiment to me, after essentially calling a lot of NAS-criticizers essentially ignorant people just a couple of paragraphs earlier. I said to him that I don’t think offending people is the way to repair that bond.

Morgan replies that he stands by his argument. “If you don’t have a full view of the category, then you cannot comment meaningfully on it. He then reiterates, “However it is clear, from the many comments we see online, that for some malt whisky enthusiasts, the bond of trust between producers and consumers has been broken by the ‘issue’ around NAS whiskies – which is of course to be deeply regretted. Having said that, I also notice that a significant number of people involved in online conversations on this issue seem to think that the debate has simply become bogged down, is increasingly irrelevant, and that we should all move on.”

Stock-shortage
The easiest explanation for the rise of NAS-whisky is the shortage of aged stocks. In the TWE-piece, Morgan emphasizes the difference between running out of stock and just not having enough. Which seems like sort of a ‘tomayto, tomahto’ argument to me. I feel both essentially mean the same. I wanted to know what Morgan meant.

Morgan: “Maybe think of it this way: if you “run out of” something, it sounds as if you hadn’t done enough forward planning and were taken by surprise. Whereas, when you simply “don’t have enough”, this can be a situation which you saw coming quite a way back but were unable to do much about – so you had to manage a way round it. That’s us.”

Diageo has over eight million casks of whisky maturing in Scotland, so I can see why Morgan refuses to say that they are out of whisky. Although I think it is fair to say that they are running out of aged whisky. And they have to manage their way around it, which in this case means releasing more NAS-whisky. Sounds like NAS is a necessity then, right?

Owning up
The writer of TWE-piece actually says as much, writing that Morgan believes NAS is born out of necessity. Which is something that I don’t actually mind hearing. It feels like owning up, like saying that you actually would’ve liked to stick to age statement-whisky, but that you can’t because you don’t have enough older whisky. I don’t mind that all.

But Morgan says that my interpretation isn’t correct. “It certainly wasn’t my intention to give that impression.” The majority of Scotch whiskies that Diageo sells carry no age statement, he explains. He adds that almost eighty percent of all Scotch whisky sales – both single malts and blends – are products with no age statement. Obviously the majority of that eighty percent are blended whiskies. “We have experimented with what we call flavour-led single malt Scotch whisky for a number of years: Cardhu Special Cask Reserve has been around since 2007; the NAS high strength variant Talisker 57° North was introduced back in 2008 and has been a major success, as has Caol Ila Moch which we launched in 2011.”

Morgan feels that focusing on flavour rather than age is key to innovation. A statement that has been widely adopted by the whisky industry. “Any whisky blender from any whisky company would confirm this.” Diageo (and most of the whisky industry for that matter) have moved beyond the days when everything has to have a number printed on the label. “That said, I don’t judge consumers if they prefer to buy products with an age statement: I often do so myself. I criticise them only when they make ill-founded assumptions about the quality of the category and the quality of such whiskies.”

I doubt that all his answers will be satisfactory for everyone. And because this interview was done via email, it wasn’t as easy for me to ask follow-up questions. So don’t hesitate to leave comments for me or Nick Morgan. I’ll be reading along. And as we now know, Nick Morgan and Diageo are also keeping an eye out. So if you have a good question, he might feel compelled to answer. 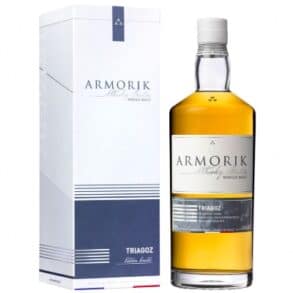 Previous
Oban ‘Available Only At The Distillery’