Say bye bye to the Laphroaig 18. Beam Suntory plans to phase out the 18 year old by years end of 2016. That’s what Simon Brooking, brand ambassador of Laphroaig, told me when I asked him about persistent rumors of the discontinuation of the 18yo. He also was careful to add, “But we all know that in the spirits business decisions are always subject to change”.

Ever since Words of Whisky broke the news of the return of the Laphroaig 15, speculation about the termination of the Laphroaig 18 has been going rampant. Rumors turned up every once in a while, only to be denied, for instance in an email to a concerned consumer. I’ve been ignoring these rumors for the most part, since I figured it was mostly just the internet dreaming up conspiracy theories.

That was until another Beam Suntory employee was very adamant in the Facebook-group Malt Maniacs & Friends. Dan Woolley, ambassador for Beam Suntory Australia, stated that the Laphroaig 18 was definitely going away. He also added:

“The 15 will become the Friends of Laphroaig-bottling released as a limited edition every year and the 18 will be replaced.”

With Woolley and Brooking there are now two reputable sources saying that the 18yo will disappear. This is not necessarily a bad thing, but it will be interesting to see what new expression will be the replacement of the 18yo. According to Woolley it won’t be the 15, because that will become the annual Friends of Laphroaig-bottling. Makes me wonder what else Laphroaig will come up with. Let’s just hope they don’t go the route of the Laphroaig Select, and it’s not another No Age Statement-whisky. 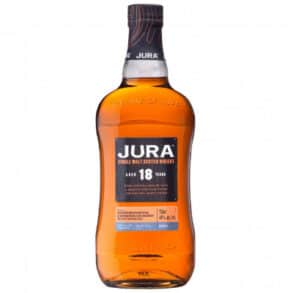