The information and quotes for this blog post originally appeared in a Dutch article by Bert Rutkowski. I asked him if I could use his interesting findings and he said yes! So now everybody who doesn’t speak Dutch (and there are a lot of you!) also get to enjoy his conclusions.

There are plenty of whisky drinkers out there who enjoy a whisky even more when they know something about the heritage of a distillery. In the case of GlenDronach, the distillery of  sherried whisky fame, there is one interesting tidbit that stands out. So what’s that, you ask? That, for instance, there’s a causality between the mothballing of GlenDronach and the true age of their age statement whiskies. The distillery was closed from 1996 until 2001, and that gap of six years forces GlenDronach to use older whisky than necessary. Take a long hard look at the infographic below and see for yourself.

The 12yo Original was released in 2009, so should’ve been at least partly distilled in 1997. Except that wasn’t a possibility. So the first batch of 12yo GlenDronach was already actually at least 14 years old. If you bought a 12yo in 2013,  you actually got a 18 year old whisky. The same also works for the 15yo Revival, 18yo Allardice and 21yo Parliament. At certain peak moments you’re buying a whisky that is actually six years older than is stated on the bottle.

So what are you waiting for? Go on, get to the liquor store and see if there is a 12yo. If you buy one that was bottled in 2013, you actually get an 18yo whisky for the price of a 12yo. And GlenDronach are already fairly priced, so that is a steal!

Too good to be true?

All of the above almost sounds to good to be true, but it is. Firstly because numbers don’t lie, and secondly because it was confirmed to Bert Rutkowski during a visit to the distillery in the summer of 2013. At GlenDronach they are a bit hush-hush about these facts because they’ve had trouble with the Scotch Whisky Association about this in the past.

In a time were No Age Statement-whiskies are the trend because of dwindling stock, why did Glendronach-owner Billy Walker chose to have a core range of almost exclusively age statement whiskies? Apparently because he wanted to revive the age statements used by Teacher’s since the 1960’s until the sale to Pernod-Ricard in 2005. That’s what Stewart M. Buchanan, International Brand Ambassador, says. “He even wanted to add new expressions, which we did. I expect that the new generation of whiskies will be mostly NAS with fancy names, but we hope to be able to sustain a core range of top quality whiskies with age statements. Especially because we feel like that’s the way we can keep up the delicate and unique character of our distillery, whereas with NAS-whiskies the influence of the casks will weaken that character.”

The question rises whether GlenDronach has enough inventory to keep that philosophy alive? According to Stewart they do, because when Billy Walker bought GlenDronach in 2008, he also acquired 35.000 casks. “And he also puts a lot of effort into buying back casks from Beam, Pernod-Ricard and others, that were going to be used for blending. For every bottling we only use fifteen casks. We have an extensive sampling program and thus are able to categorize the sherry casks in our warehouses, from rich to light. It is remarkable the difference in color, even in first fill casks, from coke to light tea.”

The production numbers of GlenDronach rise each year: 250.000 bottles in 2012 and a production of 1,3 million liters in 2013. Can they keep up the overaging in their bottlings until 2023, when the 21yo Parliament can consist completely of whisky from after the re-opening? Stewart: “Our prediction is that we can maintain our core range with our current supply. But we do need to be very careful with our sales every year to be able to do so until 2023. In the current whisky climate it is harder to mature whisky than to actually sell it.”

To me there is still one issue, because I find it difficult to understand why they didn’t release bottlings with their true age on the label. Why not just skip the 12yo and go straight to a 15yo release, if that is what your stock permits (or forces) you to do? It might be a case of image building, because they do get great critical acclaim. Let’s just hope that in a couple of years, when they can finally release whiskies with accurate age statements, they are able to produce the same top quality as they do now. 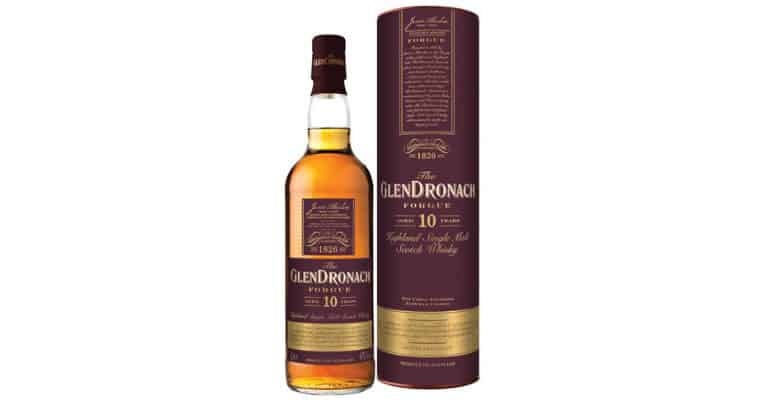 Next
The Neverending Search For Hidden Whisky Gems