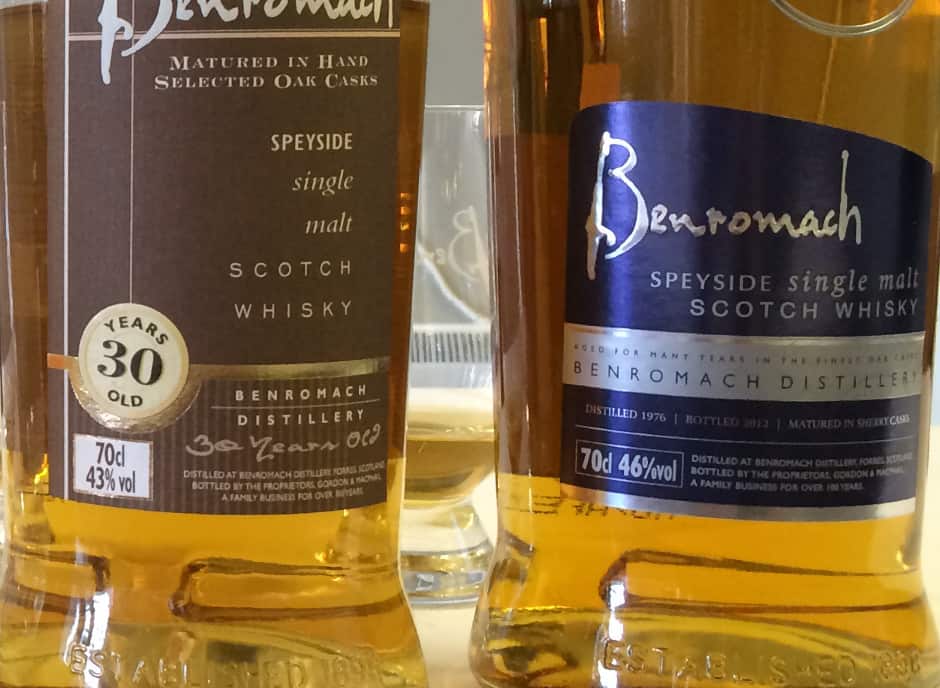 As much as I liked the younger stuff from Benromach (read part 1 here), they can’t top the last two whiskies I had as part of a Discovery Tour-tasting a couple weeks back at the distillery. These whiskies are both distilled prior to the closing of Benromach in 1983. And after the takeover by Gordon & MacPhail the entire distillery has been refurbished with new stills, tuns, washbacks, etc. Literally everything’s been replaced, so in effect were talking about two different distilleries. 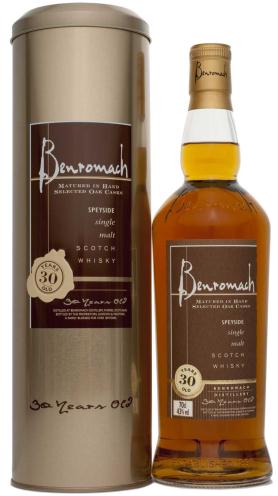 Nose: Dried fruit and christmassy, with raisins having the upper hand. Also some toffee, caramel and fudge. This makes for a very nice and complex nose.
Taste: Some aniseed, marzipan and peach compliment the spices. A warming mouthfeel despite the relatively low alcohol percentage.
Finish: Surprisingly there’s some lovely subtle wood smoke here, which goes well with the aromas from the nose and taste. 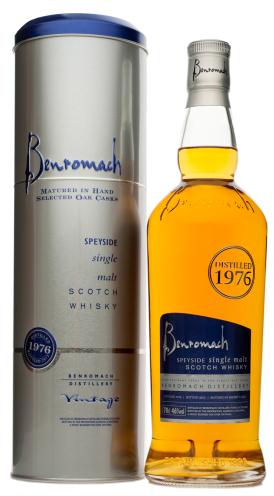 Nose: Much more fruitier than the 30yo, which gives it a lovely fresh nose. Some coconut shavings and citrus. In the background there is some sherry influence. Very complex.
Taste: Very creamy with some chocolate, that surprisingly wasn’t there in the nose. Also some great nuttiness and some light smoke, while it still keeps that fruity freshness.
Finish: An endless finish, really superb. A little bit of smoke again, and long fruit notes, citrus.

The 30yo is a very good whisky, but that 1976 is in an entirely different class. What a great whisky! A shame that it’s also twice the price of it’s younger brother. 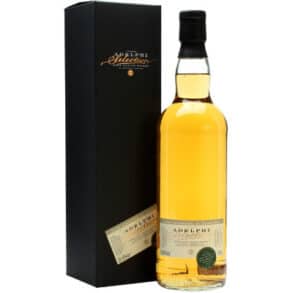 Next
Benromach Part 1: Organic, CS and 10yo