I reviewed the Arran The Devil’s Punch Bowl earlier this week, so guess what time it is? Time for chapter two! The first one set the standard that the rest of the series will have to at least match, in my humble opinion.

Nose: Grassier and more organic than its predecessor. Malty, then banana and citrus. A little metallic and some subtle, but clearly present sweet peaty flavors. Also some tobacco and marzipan. A bit boring maybe?
Taste: Great oily and creamy mouthfeel. Some fresh peat, some smoke, an earthy whisky almost. Less spicy than the first Devil’s Punch Bowl, but there are still some spices here. Ginger, nutmeg. Also a nutty flavour, next to some coconut shavings.
Finish: Some citrus, followed by smoke and spices.

The creamy palate is the best part of this whisky. But it is less balanced and there I found there was less of a sherry influence compared to the first chapter, which is surprising considering the amount of sherry casks used for this one. Good whisky, but not necessarily a worthy successor. 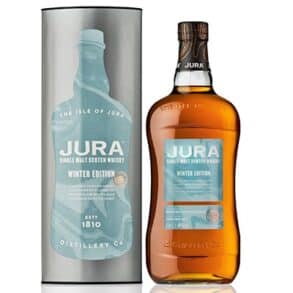 Next
Arran The Devil’s Punch Bowl